Unless you’ve been living under a rock the past few months, it is very likely you’re more than aware of the state of Hollywood right now. An increasing number of movies have been delayed, with some pushed a few months back, others a whole year, to 2021 or 2022, and a number of others remain undated.

Some of the movies fans can still look forward to releasing in 2020 include Disney’s Black Widow (6 November 2020), starring Scarlett Johansson. Unfortunately, other films in Disney’s lineup will only be released in theatres earliest in 2021.

20th Century’s Free Guy, led by Deadpool star Ryan Reynolds, will still be getting a 2020 release, though it got pushed back from its initial 3 July release date to 11 December 2020. Other films from 20th Century that will open in theatres in December 2020 includes Steven Spielberg’s West Side Story on 18 December, and Ridley Scott’s The Last Duel on 25 December.

The French Dispatch by Wes Anderson will also be delayed from 24 July to 16 October 2020, much closer to Awards season.

Though it should still be noted that with the uncertainty surrounding the COVID-19 situation, these 2020 movies could still be shifted further back if the companies in charge of them feel there is a need to,

But at least for now, we still have some movies to look forward to come the later end of the year.

READ ALSO:  Xbox Series X On Track To Launch Holiday 2020, Games May Be Delayed Due To COVID-19

Disney+ arrives in the land of the rising sun! 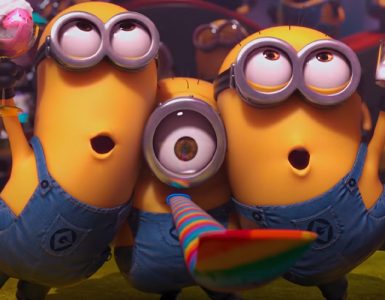 Gru has been prepared for this since 2010.