The PS4 version of Rise of the Tomb Raider finally arrives! After nearly a year of waiting, PS4 users will finally get to play Lara Croft’s latest adventure. Packaged as a ’20 Year Celebration’ edition, it collects all the DLC that was released and even adds a few new pieces of content such as some VR missions and extra difficulty levels.

You can check out our original review right here.

The score we gave still applies a year later. The sequel remains an action packed, enthralling adventure, that increased the emphasis on puzzle solving and exploration while still retaining the excellent combat and character building that was done so well in the original 2013 reboot. 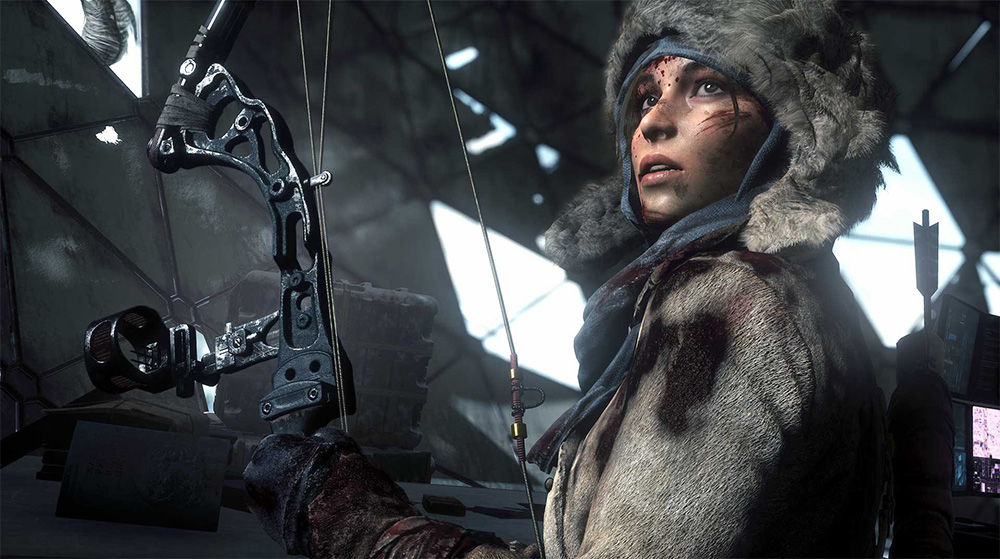 Packaged with the PS4 version are the two original DLC expansions, Cold Darkness Awakened and Baba Yaga: The Temple of the Witch, which are excellent in their own right and are well worth your time. The first piece of new content is a short story-focused chapter called Blood Ties. This sees you exploring Croft Manor while trying to uncover the secrets of her parents and the famous estate’s past to save it. It features no combat or dangers of any sort and is a nice change of pace. This part can also be played in first person using the PS VR which is a nice touch, although we didn’t get a chance to try it.

The second piece of new content is Lara’s Nightmare which sees Croft Manor being infested with nightmarish demons/zombies. This is a combat heavy mode which features various challenges and is fun for a while and uses the setting very well, but the replay value of it is limited.

The final piece of new content is an online cooperative version of the Endurance DLC, which was a fantastic addition to the originally released Rise of The Tomb Raider. Endurance mode proves to be even more enjoyable with another survivor on hand to fight through the wilderness with you. Co-op adds the interesting twist of allowing both players to extract themselves and their rewards from the situation before their partner, adding even more tension to what can already be a fraught yet exciting mode.

For PS4 players just getting their first opportunity to play Rise of the Tomb Raider, the 20 Year Celebration edition is a complete and amazing package which is well worth your time and effort.