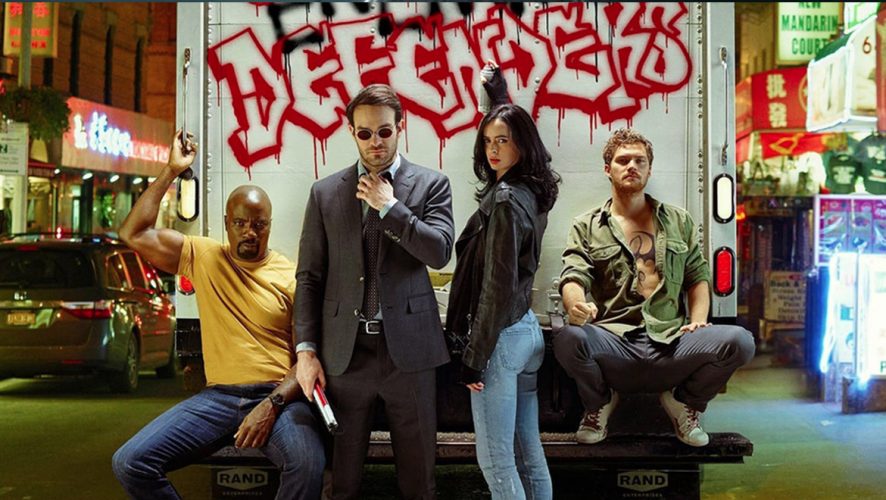 After 5 separate series across 4 key characters and a series of secondary ones, Disney’s Marvel and Netflix’s collection of scripted dramas, a reduction in scope of the Marvel Cinematic Universe, finally culminates in the eight-episode The Defenders series, and the result is a rather interesting, but anti-climactic one.

After watching the precision execution of the first two seasons (Season 1 | Season 2) of Daredevil (Charlie Cox), the bar-raising delivery of Jessica Jones (Krysten Ritter) and the cultural distillation of Luke Cage (Mike Colter), audiences were sucker punched into absorbing the lacklustre Iron Fist (Finn Jones) as part of the greater narrative. But the promised payoff was to be in their collective grouping in The Defenders, which surprisingly enough, only comes in the third episode.

The first two and a half hours are spent linking the elements that would being our gang of New York vigilantes together, along with their friends, including Claire Temple (Rosario Dawson), Colleen Wing (Jessica Henwick) and Stick (Scott Glenn), against the mysterious Alexandra, played by the formidable and lovely Sigourney Weaver. 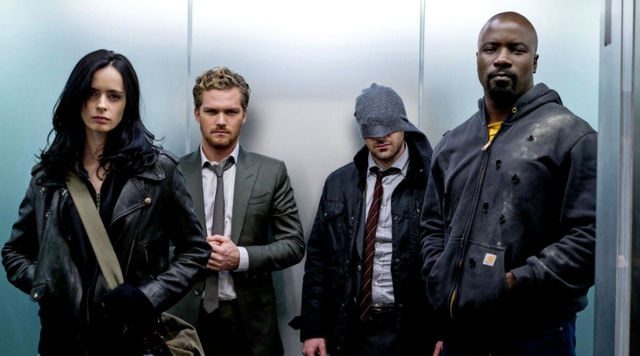 But did we really need that time to establish that Jones is still the cynical hero-in-hiding, that Cage wants to continue protecting Harlem, or that Matt Murdock aka Daredevil is retired from costumed heroics? In what looks to be an effort to redeem Danny Rand aka Iron Fist, the first episode opens with him and Wing hunting down elements of the hand, and facing off against a mysterious female ninja.

I’m not sure what the proved because she clearly wiped the floor with his ass, and Rand, touted as an all powerful martial artist, could not even land a finger on her, much less his fist. Yes, the first 10 minutes of the Defenders serves to remind audiences of how much of a wuss the Iron Fist.

He then spends the next episode posturing, and delivering pointless lines of “I’m the Immortal Iron Fist” to adversaries and audiences, but both parties simply roll their eyes because he still hasn’t done anything to convince people that he’s anything but the group’s weakest link.

It is only until episode 3 where the teams finally meshes together and despite the poor set-up, there is a collective coo uttered in seeing these heroes take on The Hand. As expected, this team up is brought together by a combination of team-ups as well as some guidance by Temple and Hogarth (Carrie-Anne Moss). Since Jones and Cage have worked together in her series, it is great that the show spends some time in matching Jones and Murdock, Cage and Rand, and Murdock and Cage. 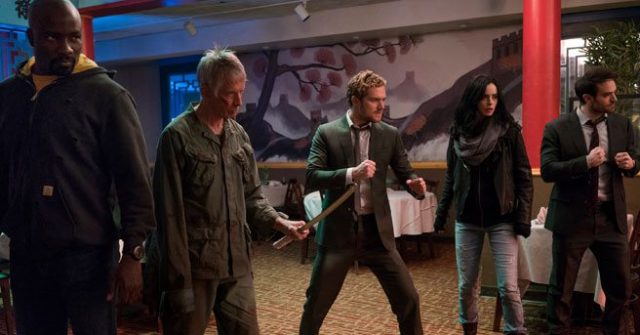 Some parts, such as seeing Jones figure out that Murdock is Daredevil, is a throwback to comic book writers trying to establish both heroes as being equals, though I would argue that Murdock would have heard the whine of her DSLR when she pulled it out trying to snap a photo of his acrobatics. The initial face-off between Cage and Rand has been revealed in the trailer for the Defenders, so there’s not really much to see there. The parts that do not work is when the three of them try to explain to a child-like Rand why a face to face with The Hand is not a good idea.

And true to his nature, Rand’s solution to any problem is either to punch it, or to throw money at it. Luckily, Murdock establishes a better reason to get back into the action, as he has determined, with Stick’s confirmation, that Elektra (Elodie Yung) is back, but not in the way he envisioned and hoped.

But the best team up in this series is watching Weaver and Ritter dominate their scenes. As the anti-hero and group cynic, Ritter’s Jones, believe it or not, grounds the group with her astute observations and practicality. But she’s still a bitch you don’t want to mess with. And it is the same way with Weaver’s Alexandra. While she does not have the benefit of having a full season to herself, for audiences to get to know her, Weaver’s mere presence highlights how much better Marvel is at with crafting a truly evil villain in their TV offerings, compared to their cinematic ones.

Alas, the secondary characters don’t get as much screen time as they did in the main series, but it’s always a treat to see Foggy Nelson (Elden Henson), Karen Page (Deborah Ann Woll) and Trish Walker (Rachael Taylor) appear, even if it’s only for a few minutes. Their organic appearances, along the others, do a better job in establishing the in-universe world that Marvel is trying to build in their cinematic equivalent.

Netflix has only offered the first 4 episodes for review and while there is a slow burn at the beginning, episode 4 offers a nice cliffhanger that makes you want to catch the next episode. Even if you’re not a hardcore Marvel Comics fan, The Defenders provide enough for an entertaining conclusion to the Netflix series.

The Defenders is nowhere near as sharp in its presentation as The Avengers, but once you get past the slow burn, it definitely lives up to its promise that the sum of the parts are greater than the whole. And where else can you find 4 leads in a TV series come together to deliver a rousing action packed eight episode series?