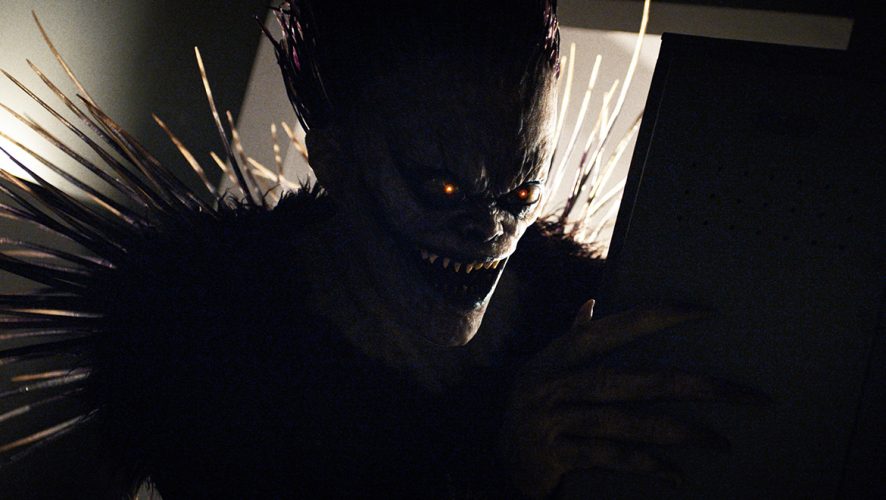 Death Note is a huge franchise in Japan and has spawned an anime, TV drama, three stage musicals and three Japanese films. It also has an enormous fan base around the world, so it’s not surprising that this is the first title that Netflix would turn to, when the streaming service decided to experiment with “internationalising” well known Japanese IP titles.

This remake follows the story of high school student, Light Turner, who discovers a supernatural notebook called “Death Note”, and its accompanying death god, Ryuk. The book allows him to kill anyone simply by writing the victim’s name down, while picturing their face.

He then attempts to save the world by cleansing it of evil. At his side is girlfriend Mia, and hot on his tail is the enigmatic L, as well Light’s own father, Detective James Turner.

When the trailer was first released, the film was plagued by doubt about the casting, and non Japanese setting, etc. Well, haters gonna hate. 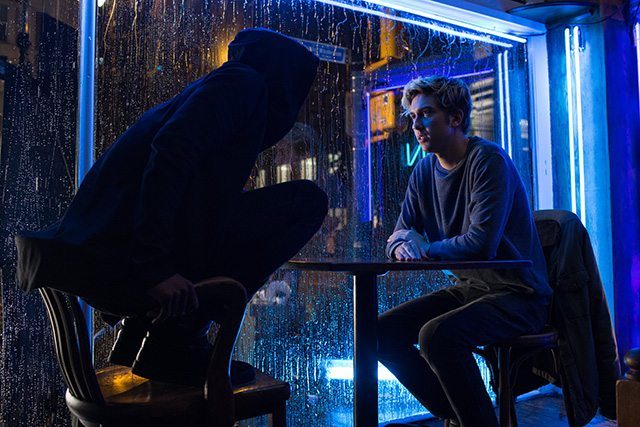 Unfortunately the haters were right this time. Despite the fact that this is a 101 minute movie, it took me four hours to get through live action travesty, because it was so hard to accept what this movie was in one complete sitting.

In an interview, director Adam Wingard (Blair Witch remake) said that his remake was based loosely on the source material, and it looks like he meant really, really loosely.

Like Dragonball Evolution or Dead or Alive kind of loosely. This film makes the recent live-action Ghost In The Shell look like an instant classic.

Wingard had the unenviable challenge of trying to tell Death Note‘s humongous storyline in just over an hour and a half, but while no one expected it to be a precise retelling of the multi-volume manga, the story here is paper thin. Like thinner and less magical than the pages in said notebook.

It makes huge leaps of logic and expects audiences to be able to follow it. There aren’t any scenes that leave you on the edge of your seat, in anticipation of what’s coming next. It’s a bare bones, “inspired-by” teen melodramatic version of the original. It lacks the manga’s sophistry and just barely touches on the themes that gave the original depth and intrigue. 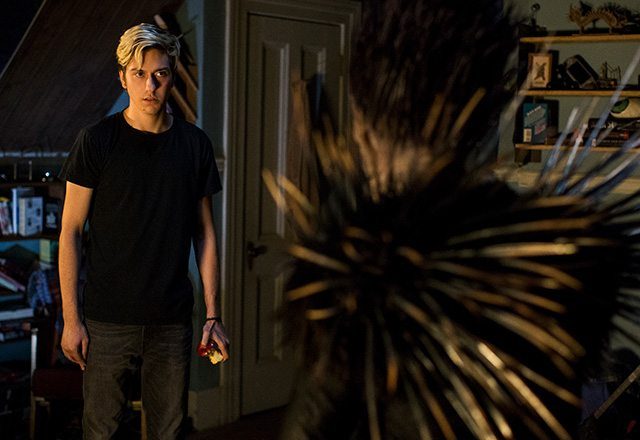 Like you would expect of any American take on horror, it does come with a healthy dose of inspired gore and death scenes.

The characters are a Frankenstein monster mash up of the original characters, and Wingard’s personal interpretation of them. Fans of the original series can expect to strongly dislike this portrayal of Light and L.

Nat Wolff (Paper Towns) plays a petulant, considerably less bright Light, while Keith Stanfield (Straight Outta Compton) is a barely brilliant L. They lack the astute intelligence, unsettling charisma and cold calculativeness that defined the duo in the manga. There’s little evidence to prove that either are geniuses, and audiences are just expected to believe that they’re of above-average intelligence, and that they’re capable of outsmarting everyone around them.

I’m sorry Wingard, but I don’t know who you’re dumbing this down for.

While Wolff and Stanfield play off each other decently, their characters lack the brilliant cat and mouse element that made L and Light’s conflict interesting. There is one scene when the two face off in a cafe. It reeks of two testosterone-driven teenage males trying to one up each other, rather than two cool geniuses trying to out-scheme the other on the spot.

It’s curious that the director chose to go this route, since American audiences are certainly no strangers to sociopaths, vigilantes, savants or geniuses in their stable of crime shows. Hannibal and Dexter are both great examples of this, but maybe he missed those classics. 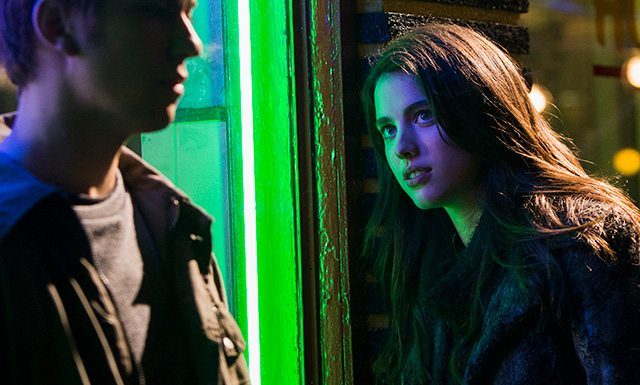 Margaret Qualley’s Mia Sutton is actually the real sociopath in the show. Unlike her character’s inspiration, Misa Amane, Mia is neither an idol, into goth-punk, nor is she really in love with Light. She is however, everything Light and L needed to be – manipulative, cunning and daring. She’s able to leave Light in the dark as she plots her way to getting him to give her the Death Note. Mia is more like a new character, rather than a recreation of Misa, and perhaps that’s why this character succeeds.

One of the most frustrating things to watch is Light and Mia get it on. Light is supposed to be an unfeeling, cold sociopath who would manipulate Misa to achieve his goals. He is not a squishy emo teenager who made decisions based on his hormones and emotions. Does this make Light more “realistic”?

Perhaps, but people don’t enjoy Death Note because it is “realistic”. It would have made for a more interesting show to watch Mia challenge L.

As the death god Ryuk, William Dafoe performs perfunctorily. It’s hands-down the best performance in the entire movie but that’s not saying much. He’s creepy, untrustworthy, inhuman and apple loving. Dafoe definitely puts his Green Goblin practice to good use. Any scene with Ryuk in it is worth watching but unfortunately, it’s not enough to save the show. 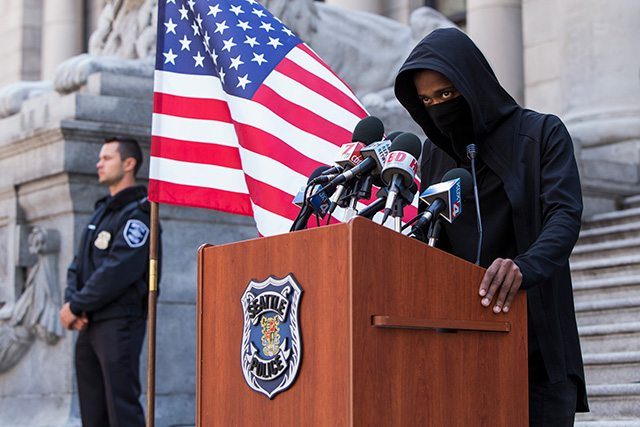 There’s an attempt to show Light in a more intelligent, well, light. The plot twist in the third act tries to make it seem as if he actually was smart enough to outwit his foes, but it is too little, too late. The movie ends on an open-ended note, leaving the door open for sequels, which should never ever see the light of day.

It’s almost as if the film goes out of its way to taunt fans with its inability to see things through. But at least it does a decent job of bringing audiences on an emotional journey – of amusement, disbelief, rage and disappointment – but only because you can’t believe this movie is so bad.

Death Note will be available for streaming on Netflix on August 25, 2017.

If I was in possession of the Death Note, the names of those responsible for this miserable travesty would find their names on it. And no, what they have produced here tells me that they would not be able to outsmart any half decent fan of the original series.