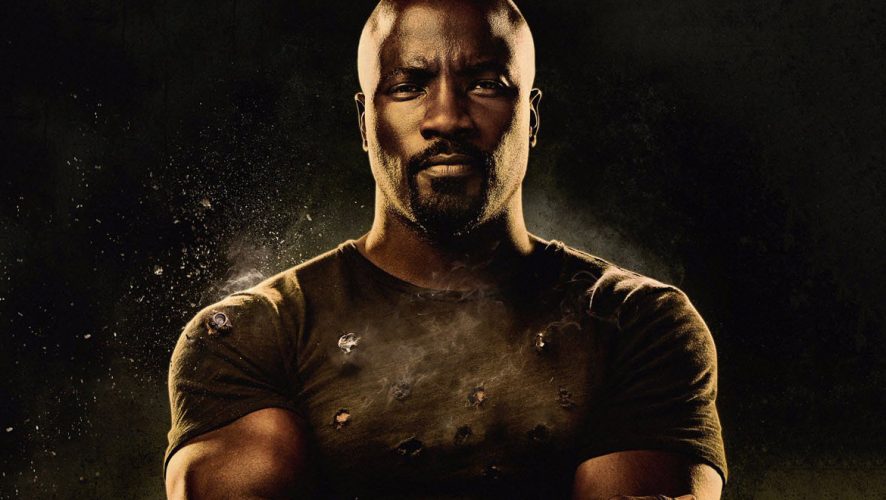 Luke Cage, on the streets of Harlem.
Pushing a broom and washing dishes in a bar room.
Head down, he left Hell’s Kitchen.
Where divisions of ninjas took the peace that he’s seekin’.

A tortured man with a past that’s cold.
He works with a man who tries to save his soul.
Pop was an OG playa who knew Luke’s wife.
Runs a barbershop, sheltered from the gun and the knife.

This Luke Cage, caught in the agenda,
Stopping hoods in the streets and bullets on the verandah.
At the same time, for fear of being burned,
He hides away the knowledge of his powers learned.

His powers, metaphor for a man who’s stuck.
In a checkered past filled with psychological muck.
If there is a motif in the character roster,
It’s a thesis on the damage, unfit parents foster. 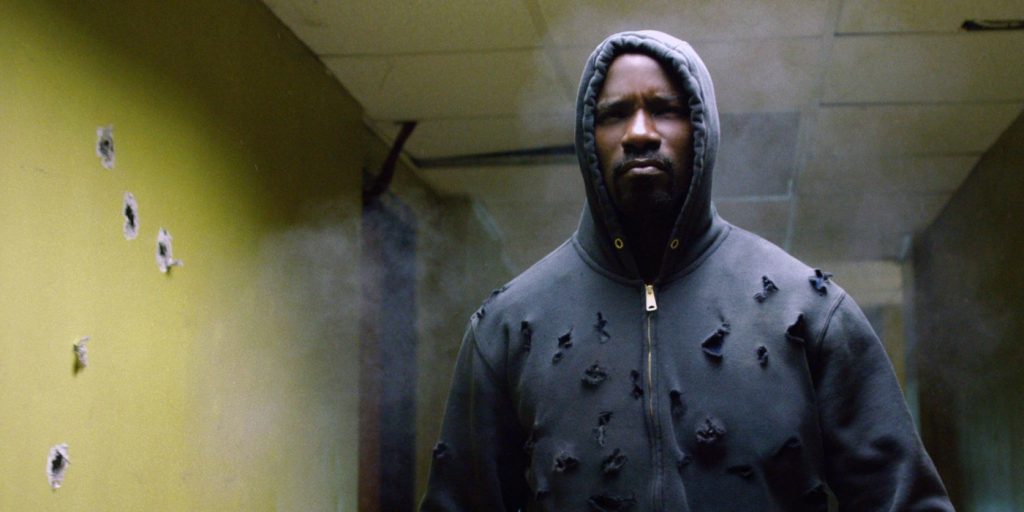 So as the DJ starts to take the stage.
Crime time inches closer to our man, Luke Cage.
He stands back, he ducks and tries to run.
Ironic for a brother who can stand up to a gun.

Why, does it have to be me?
He asks himself as the bullets fly free.
It’s because you can, the street cries loud.
A black man that bullets can never drown out.

So while he becomes the resolute stand,
Bumping fists with legends like the Method Man.
He also turns into a cipher, part of a larger struggle.
That transcends the lameness of the main plot twaddle.

Luke Cage the series has a lot that’s great.
From the culture to the music that’s ace right out of the gate.
Interwoven tapestries of urban history.
A blend intoxicating, authentic it seems to be.

The layering of music in the setting stage,
Creates an air alive with the urban mosaic.
Of Harlem, a playground born and raised.
And a depth of culture deeper than the comic page.

From talk about Ali, who pushed the draft back.
To the relevance of protests of Malcolm X…
It’s like The Wire-lite in a Marvel frame,
But that’s where the fusion seems to drop it’s game.

The acting’s mostly up there with the best in the game,
But Theo Rossi’s Shades is annoying and lame.
He’s a tiny tadpole from an FX show,
Trying to show up the titans from HBO.

Speaking of the Wire, the alumni’s here.
Burell and Kima cameos rock the derriere.
But I must confess when it comes to plot.
The storylines don’t mean a lot.

The series doesn’t really have a smooth progression.
Unlike the escalating stakes of DareDevil’s second session.
While the acting’s on point, mostly by and large.
The pacing is a problem, and it needed more arcs.

The setting is Harlem, with the Cottonmouth,
A thug with a legacy that’s not quite proud.
He shares a cousin on the city council board.
She feints naively about the violence of his gangster horde.

Mahershala Ali, a captivating find.
Commands the screen presence when he gets the time.
A layered foil with more than just singular rage.
Richly played with more than is written on the page.

It’s the dichotomy of Luke’s reluctance to resolving crime.
That spans thirteen episodes and takes too much time.
There’s a lot of talking heads and character beats.
But it lacks much momentum and won’t last viewing repeats.

In short the writing of the actual plot,
Of how a good guy beats a bad guy off the lot.
Makes you find yourself asking what the bad guys are doing,
And why the good guys are wringing their hands and just stewing.

Brother my man, I have to digress.
I wanted to like Cage more than I have.
Like most, I’m contented to be waiting for Danny Rand.
To bask in Iron Fist and Power Man.

And I’m sure that together, they’d be soaring.
But Luke by himself is just a bit boring.
With better writing and when it’s not rushed out the gate.
Before the Iron Fist, it coulda been better than eight.

Harlem is a great backdrop for an urban stage, with a hero made to stand for an oppressed race. So it’s a pity that with a canvas writ so large, that the actual story told is merely a whimpered farce. 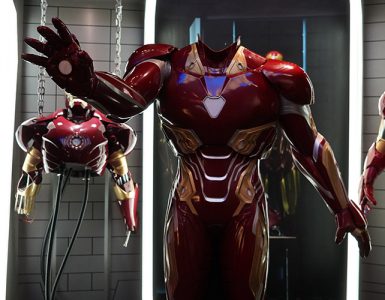