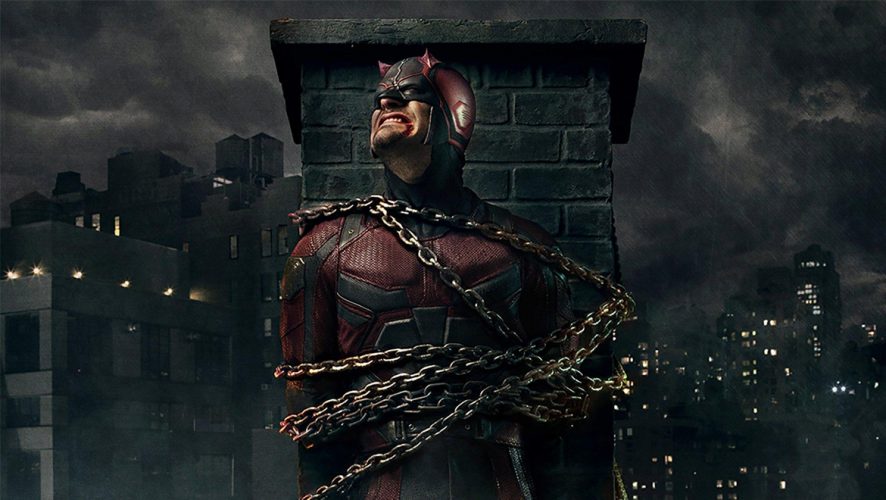 *This is a SPOILER-FREE review*

While Marvel’s Daredevil Season 1 was lauded by most as a game changer in the genre of “comic source as serialised television entertainment”, it forgoed a grander plot and chose to place character development in the foreground. I am one of the rare few who found it tedious by the end as there were too many episodes for too little plot.

This is not for any lack of effort on the creator’s part, mind you, but rather because the style chosen at the time didn’t lend itself well to the binge watching format of Netflix.

Daredevil’s first season is heady, filled with evenly-paced talking heads by and large, and there was roiling turmoil brewing underneath the immense jowls of Vincent Donofrio’s Kingpin, and the beads of sweat gleaming above the red lenses of Charlie Cox’s Matt Murdock.

Season one was all about setting stage, to hell with pay-offs and impatient viewers. You would need to stay right until the end, to even finally see The Devil of Hell’s Kitchen, clad in his distinguishable red leathers. And don’t get me started about having a proper rendition of his billy club.

And thus, as aptly immersed in Catholic rhetoric as Daredevil is, if Season One was in the theme of patience and suffering, then the latest Season Two is in the theme of toil and effort, the battle to move from darkness into light. From damnation into redemption.

…And boy does season two set a crackling and mesmerising pace.

Right from the onset, this season spends no time spinning it’s wheels. It’s go right from episode one.

It is a new Hell’s Kitchen. With the move of Wilson Fisk from penthouse to incarceration, the scramble for territory by the other underground elements has been swift. But almost just as quickly, an ultraviolent force of nature cuts a swath through the ranks of the criminal fraternity. It’s a mad scramble as Matt, Foggy and Karen struggle to keep up, cope with and ultimately adapt to the forces of will and nature that threaten to change them forever, as it slowly pulls them apart.

As good as Season One was, Season Two is a completely different animal. And this is in no small part because of the inspired casting of Jon Bernthal as the enigmatic and divisive Frank Castle/Punisher, and the fabulously superb Elodie Yung as Elektra Natchios.

Both of them have brought a wonder and immediate level of chemistry to the already intoxicating mix of Charlie Cox and Deborah Ann Woll. Both were unknown elements coming into production and ultimately, both are stellar reasons why this season is much better than an already great first season.

What works better in Season Two is the inspired approach of splitting the season into three tighter, and well-filled story arcs.

The Punisher, Elektra and The Hand

Without spoiling anything, Season Two can be segmented into The Punisher, Elektra and The Hand

Gone are the long drawn out sequences of empty atmosphere and one too many flashbacks. Everything in Season Two is tighter, and by and large, better crafted, even if the end episodes borrow somewhat from the mood of Batman Begins in execution and scope.

Jon Bernthal was not popular or well received when he announced to play Frank Castle. “You can’t keep them safe, Rick”. Well, those folks can eat lead as Jon proves he is so much more than the detestable cretin Shane, as played in The Walking Dead. 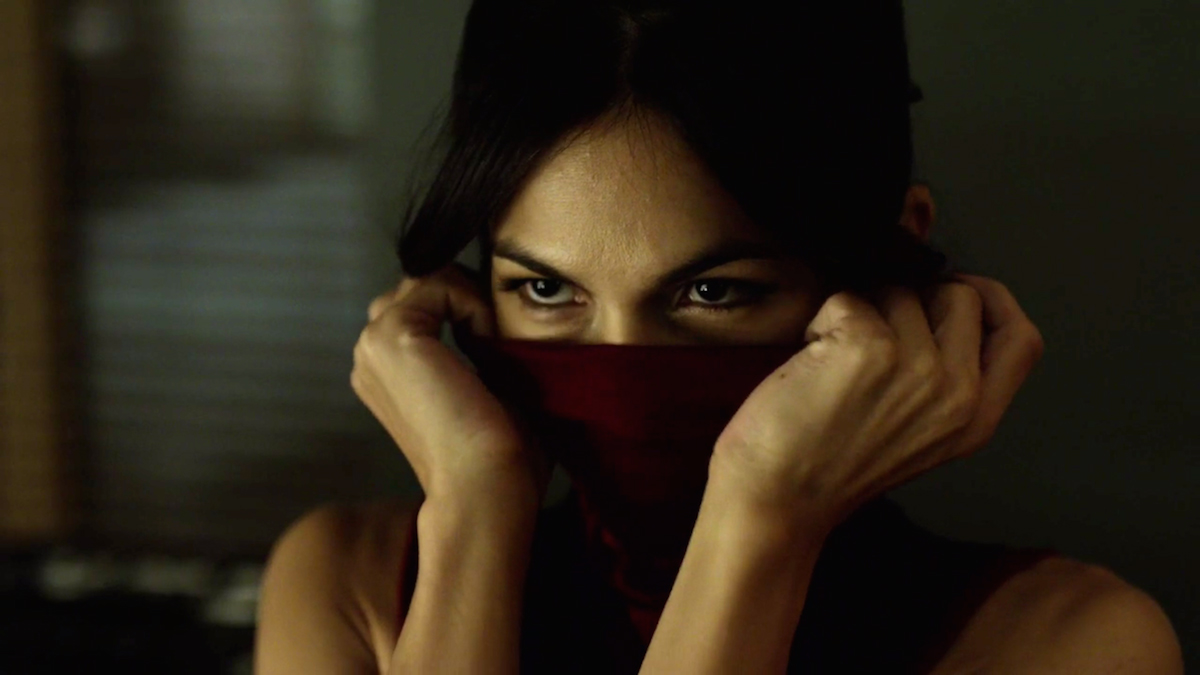 His portrayal of the vigilante-murderer is at once, full of swagger and intense rage, as it is filled with great sadness and depth. To give nuance to what is in essence, a blunt character, Jon delivers a crushing monologue in episode four that completely changes the tone of what is up to that point, a rather despicable character. This is Frank Castle at his most three dimensional portrayal. And while you might not love him or his motivations, you can certainly understand why he does it, and why he chooses his philosophy.

For many fans, Jon’s Punisher will be the high watermark this season, and calls for a spin-off series for the character will be loud and boisterous.

However, I’m going to buck the trend and give a heartier tick to Elodie Yung, who is electrifying the moment she appears as (pun not intended) Elektra. In the throes of a burgeoning romance between Matt and Karen, who undeniably share a sweet chemistry, Yung’s Elektra is at once Archie’s Veronica to Karen’s Betty.

With her laughing eyes and Lara Croft-lite accent, Elodie’s Elektra encompasses everything about the character, from her coquettish demeanour, to her ruthless and dispassionate penchant for laying death in casual nonchalance. This Elektra is rich and intoxicating, and like Matt, we can’t help to succumb to her multiplicative charms.

Even as season two unfolds with binge consuming ease, the producers of the series have not forgotten what made season one so memorable in staking Marvel’s claim for darker territory. Many narrative hooks from season one also come back to bear here, paying off to anchor this season firmly.

The eye-flinching violence and startling gore is still present and Daredevil remains an offering totally not safe for children. 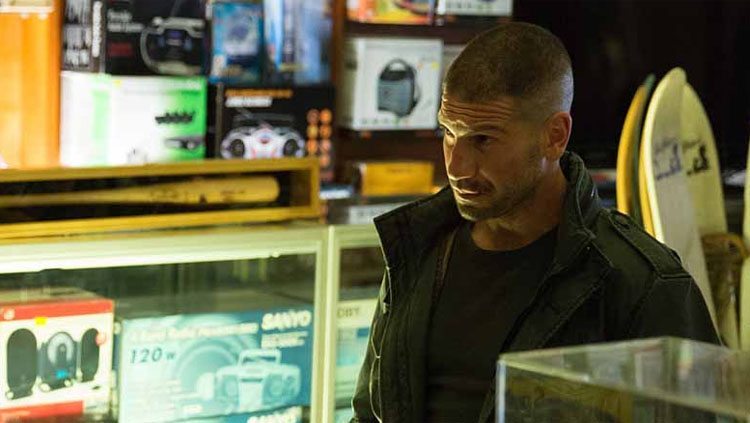 For the sake of aficionados, it warms the heart to know that in Season Two, two more soon-to-be talked about action scenes will be added to the catalogue of the breathtaking in the Daredevil series. These two are kindred to the famous hallway battle from episode two of Season One.

In my previous review of the Netflix/Marvel offerings, I gave Jessica Jones a ten. I did not give Daredevil Season 1 anywhere close to that because by the end, it lacked pace, it lacked story, and ultimately, I didn’t feel like jumping straight into another 13 episodes as soon as I finished the last one.

Consider all that corrected. Season Two of Daredevil is solid right through. It is captivating to the hilt, and has just downright fantastic storytelling without circumventing canon. This is a season to hook the laymen and comic readers alike. It is so damn satisfying, you just might need a cigarette and cuddle to purr it off when it’s all done and gone.

You sat through and waited patiently through season one to finally see The Man Without Fear. This season, watch the Devil in his full element. Watch his world explode, preferably in one seating. And clap your hands in glee and try not to cackle too much.