If there’s one thing comic book fans love, it’s a faithful movie adaptation and the Marvel Cinematic Universe (MCU) has scored pretty high on that, with a universally loved franchise that has been pretty much faithful to the source material.

But are fans ready for something intentionally different? Well, English actress Florence Pugh hopes so, when fans see her as Yelena “Black Widow” Belova in the long-delayed Black Widow solo outing.

“I think one of the things that I was a little bit worried about when I came aboard was I didn’t want her to be exactly like the comic book Yelena and I thought that we had potential to show something different,” explained the 25-year-old actress of her MCU debut during a round table interview with Geek Culture.

“We had potential to have a new silhouette as a woman in the MCU and I think that I was really proud and excited but also nervous about what those diehard fans would think about that.”

Just so we’re clear, the Black Widow is a code name adopted by various female spy/assassins across Marvel Comics. The most famous, Natasha Romanoff, has been portrayed for the last decade by Scarlett Johnasson, where she has been a Russian assassin, a trusted agent of S.H.I.E.L.D, founding member of the Avengers and more recently, a heroine who gave her life to save the universe.

Pugh plays another Black Widow named Yelena Belova, who like Natasha, was also trained by the infamous Red Room that created the Black Widow programme. Comic book fans know Yelena as an assassin who is equally lethal as she is sexy. Trained as Natasha’s successor, her physical test scores even exceeded those of Natasha herself. In the comics, Yelena has blonde hair and blue eyes, making her the absolute Barbie bombshell.

But that’s not how Pugh wants to play her, even though she knows the amount of pressure faced with portraying a beloved character known by many.

“There’s a lot of pressure joining films like these. I was totally nervous about the fact that I was now playing a very famous comic book character, and instantly just being classic me, I was totally worried about if people were going to appreciate me as the casting choice for Yelena, if they were going to be disappointed with the choices that I made as this character,” explained Pugh.

While there hasn’t been a shortage of new blood joining the MCU, from Owen Wilson in Loki, and Kathryn Hahn in WandaVision, both currently streaming on Disney+, Pugh’s involvement is slightly different in that she is making her MCU debut not only as a new character but also as a possible replacement as the ‘next Black Widow’ of the MCU, which places a lot on her shoulders.

But it also gives her an opportunity to take the character in a new direction, to not only stray further away from the sex bomb femme fatale that comic book fans are familiar with, to an oddball who is equally as badass, thereby bringing a different kind of female heroine to the screen.

“I’m hoping that it won’t bother them too much, because I think that the Yelena that we’ve brought to the table is interesting and complex and more than a woman going off to her older sister. I wanted her to be a bit more strange and I wanted this next phase of women in the MCU to represent different and new things,” expressed Pugh.

“I didn’t want her to just be labeled as her physique or her silhouette. I wanted her to be something bigger and more stubborn than that, so I think my mind and take and everybody’s vision and twist on this, I personally believe it makes her character unlike anything we’ve seen before and I’m really proud of that.”

One of the big changes Pugh has implemented, apart from Yelena’s personality switch, is how she presents the assassin on screen. Female heroines are often sexualised and a big part of that comes from their costumes. Having seen the movie, Pugh has made Yelena’s odd choice of outfits and accessories central to her identity and her jokes. In fact, critics and supporters, including us, have argued that Pugh’s efforts have made Yelena a whole lot more charming and relatable.

“Discussing costumes and discussing choices was a really big thing for me. Growing up I always found it frustrating watching women fight and them not being able to move in the clothes that they were in, and I really wanted that to be a big feat for Yelena,” explained Pugh.

“She’s an assassin and she does what she does because she’s good at it, she wears clothes that are suitable for the occasion and if she bites she gets the job done and I wanted her to be a sign of power and emotion.”

Of course, none of this would have been possible without the support of director Cate Shortland. Pugh shares that Shortland has been supportive of her ideas in portraying Yelena in what she calls a more interesting version than the comic book counterpart. Pugh’s gratitude flows deeply, especially since she understands how big and impactful Black Widow is to not just the fans, but the overall MCU.

Despite the changes she’s implemented, Pugh expresses respect for Yelena’s origin and where her fans come from. The actress assures that Yelena’s history and essence was a big part of her characterisation and that given the opportunity, Pugh would like to dive further into Yelena’s character. With Pugh set to appear in the upcoming Disney+ Hawkeye series, the opportunity doesn’t seem too far away.

Given the extended delay that Black Widow has faced since the onset of the pandemic, fans have been waiting for a long time for this film. Originally slated to kick-start Phase Four of the MCU, Natasha’s solo movie will offer some closure for fans, ever since the character’s death in Avengers: Endgame. This film explores Natasha’s past, as well as what the international spy got up to after the events of Captain America: Civil War, but before the Avengers reunited in Avengers: Infinity War.

And no one has been happier with the upcoming release than the actress herself, who has found the wait agonising, mainly because keeping the details and revelation from Black Widow a secret has been extremely difficult for the chatty and extroverted actress.

“I tell you what, it’s the hardest thing ever. I’m so glad it’s finally coming out, not just for the people to see it but so I don’t prevent myself from getting myself fired. It’s terrifying being part of these movies because they give you so much responsibility, and they don’t check if you’re really good at lying or if you’re really good at holding secrets.” laughed Pugh.

That said, Pugh can’t be more excited for the movies to hit the big screens and be enjoyed by fans all around the world. Whilst the actress remains tight-lipped as to where she will appear next, she’s just happy to join in the ride and wrap up the legacy that Johansson started a decade ago with her family and friends.

“It’s been really tricky for everybody to have a reason to look forward to. I told my family the other week, that we were going to have a screening and just having the shriek reaction of ‘Oh my God, we get to dress up again’ and ‘We get to go out again, we get to go to the cinema again’, it’s been wonderful to know that we have something to look forward to and we have a good body of work that we can proudly talk about,” said Pugh.

“I’m grateful that Marvel and Disney didn’t release it online for that exact reason. I think this film is so powerful. Scarlett deserves this moment, as does Natasha Romanoff, and I’m happy to be joining the ride.”

Black Widow finally hits theatres on cinemas 8 July with sneaks on 7 July, or order it on Disney+ with Premier Access on 9 July. 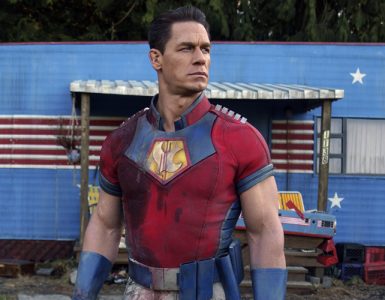