Five Embarrassing Blunders The West Has About Singapore

One would think that with Google, Wikipedia and a little common sense, it would be pretty hard to commit a cultural blunder in this day and age, but no. American studios CBS Television and ABC showed their brilliance when the 6th episode of Criminal Minds: Beyond Borders Season 2, Cinderella and the Dragon, did a Fubar and committed 20 acts of stupidity within 44 minutes of grotesque storytelling, in an attempt to be entertaining.

But they are not the first, and it doesn’t look to be the last either. Here are five recent blunders made by folks in the West, who clearly have no idea who or what we are.

Hey, we’re not saying the West should know us inside and out, because we’re that important, but if you want to offer a half-assed effort when talking about us, be prepared to be called out for it when you make a mistake. 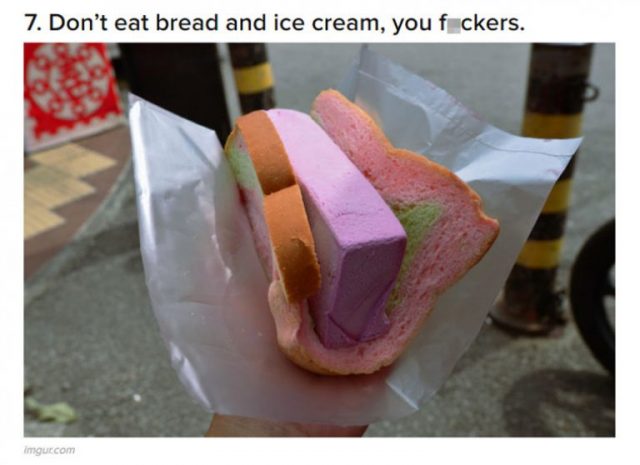 In a 2016 article about Worst Sandwiches Ever To Have Happened, Buzzfeed UK mistakenly identified this delectable delight as a monstrosity. As Julia Roberts said in Pretty Woman, “Big mistake. Big. Huge.”

The only furor prompted Buzzfeed to issue an apology, so at least someone learned something then.

Remember that bizarre video that showed a white man teaching folks how to eat Vietnamese pho, but surprise, he got everything wrong? 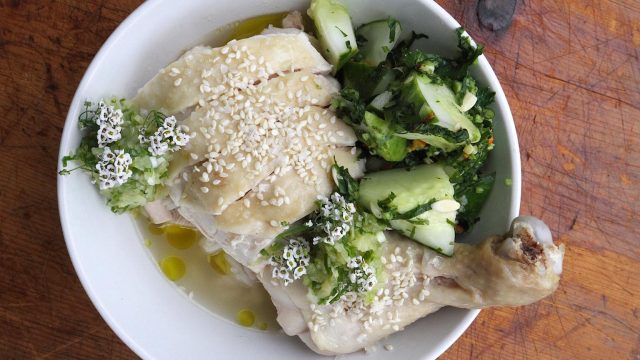 Someone hold the beer for Canadian chef Matty Matheson, because he definitely thought he knew better, and offered this 2016 recipe on how to cook Hainan Chicken Rice.

Yeah, we’re not too sure what this is, but this is NOT Hainanese Chicken Rice.

Here’s what he thinks you need for this classic Singaporean dish:

We have no idea what these four ingredients have to do with chicken rice and neither did a lot of other people, so naturally, some of them went all Gordon Ramsay on this “chef”.

It’s called cultural appropriation – just don’t. It’s not like we tell you how to eat your food… except beer. American beer is really, really bad Bud.

The movie, which was partially filmed in Singapore, is terrible, so don’t bother. 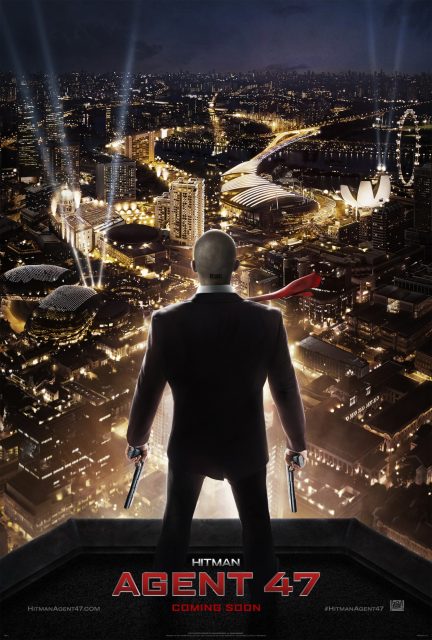 And yes, the poster kind of messes up Singaporean landmarks, but there is some creative license taken here, as the buildings are supposed to form the Hitman insignia/logo, which is a heavily stylised Fleur de Lys. It also looks like the letter H.

So they bothered to film the movie here, but they took little care in depicting the proper aspect of the Republic. Check out the trailer at the 1:10 mark.

All the blue cars are actually taxis from Singapore’s largest taxi operator, who supported the production by providing cars. Trust us when we say, cabs are NOT that easy to find in Singapore.

This is Singaporean street food.

Chomp Chomp NYC is a new hipster cafe managed by well… a Malaysian chef. Hey, we’re not knocking restaurateur Simpson Wong here. If you’ve eaten at international restaurants in Singapore, or Singaporean restaurants in other countries, almost everyone adapts the food, to create some fusion dish.

One look at his restaurant’s menu and you’ll realise he’s done the same. And I don’t think his Chomp Chomp has any relation to the real Chomp Chomp Food Centre here. Come on – he serves a Duck Chor Mee, which is a word play on bak chor mee (minced meat noodle), and his cendol is a cocktail that contains coconut rum, so clearly his dishes lack any authenticity whatsoever. (And what’s Sreasonal Fruits?)

No, our issue is with the video that labels the food sold as Singapore Street Food. Hello? What the heck is Lamb Rendang Mee Pok, and which hawker here sells Chilli Crab Fries?

All it takes is a few keystrokes on your keyboard, to verify that many of the items, while inspired by Southeast Asian/Singapore cuisine, is nowhere remotely near what local hawker food is.

So what has INSIDER Food done after folks questioned the details in the video? Well, they kinda threw The Crepes Of Wrath under the bus by pointing them out as the producers and editors of the video. Not cool.

I made a serious mistake. I signed off saying Singapore 11x & said China once. This is not acceptable. I apologize to those I have offended.

We get it. You haven’t been to Singapore, so maybe you heard a few things, and said something wrong based on something you’ve heard before. It happens.

What’s unforgivable is when you’re actually in town, and have your foot in your mouth.

When the Women’s Tennis Association held the singles final here in 2015, American announcer Kevin Skinner bid everyone farewell after the prize presentation… except that he said, “Goodbye from China”.

He’s not the first Westerner to make this assumption, and if you’ve travelled overseas only to have someone compliment us for our good English, it’s based on the assumption that Singapore is in China and thus, Singaporeans should not be able to speak English that well.

Skinner posted an apology on Twister later for the “serious mistake”.

Actually, the number one item on the list is up in the air but we’re sure someone is thinking of challenging INSIDER Food or Criminal Minds, in coming up with video that is totally not Singaporean, but will be labelled as such.

What is the greatest misconception that people have about Singapore, that infuriates you?