Fans of Capcom’s 2012 dark fantasy action RPG Dragon’s Dogma have been eyeing the anime series from Netflix for some time now. Just recently, the streamer finally unveiled the series’ first trailer, much to our delight.

The hybrid of 3D and 2D animation by Japan-based Sublimation Studios looks incredibly rich and detailed, and captures the dark and gritty tone of the game really well, with splashes of vibrant fantastical colours here and there.

Players of the original game might recognise some familiar faces, such as the Hydra and the Cyclops. The protagonist, Ethan, looks somewhat of a mix between Hiccup from How to Train Your Dragon and Trevor Belmont from Netflix’s Castlevania animated series.

Additionally, the YouTube description of the trailer reveals a brief synopsis:

After losing his home to a dragon, Ethan sets out to hunt it down once and for all. A pawn appears by his side and serves to protect his life. But the dangers that lie in wait for Ethan are beyond their imaginations, for when you fight a monster… you just may become one too.

How exactly Ethan’s arc plays out remains to be seen, but the more pertinent question for fans is whether we’ll get to see some monster-climbing action as seen in the game.

Only one way to find out when Dragon’s Dogma releases on Netflix on 17 September. 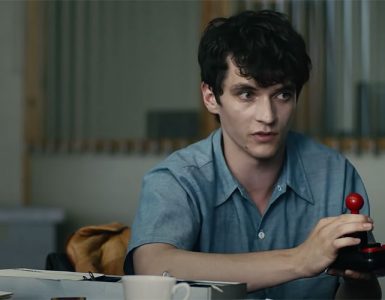