There’s no denying it, Elden Ring is a phenomenon of a game release. Thus, it is no surprise that some developers will try to profit off of its popularity.

According to a report by ithome, a developer in China by the name of Guiyun Cloud Network has released a mobile version of the game, 艾尔登环 – 开放世界暗黑动作角色扮演游戏!, which translates to Elden Ring – Dark Open World Action RPG! Also, the app icon itself shows Eilon Ring instead of Elden Ring.

Needless to say, this is not an official mobile version of FromSoftware’s game, which is titled 艾尔登法环 in Chinese.

This blatant fake doesn’t even take up 1GB of storage space, which means there’s no way it can even come close to replicating the visuals of the original game. Not only that, one of the screenshots from its App Store page even shows the UI for God of War, making the whole charade even more ridiculous.

Elden Ring – Dark Open World Action RPG! is one of those low-effort free-to-play mobile games that draw players into spending their money on in-game currency, and it seems to be trying to get a huge boost in the number of players by leeching off the popularity of Elden Ring.

The game looks and plays like the typical free-to-play mobile fare.

Thankfully, it seems to be removed from the App Store already. Unfortunately those who want to give Elden Ring – Dark Open World Action RPG! a try may never get the chance to do so. 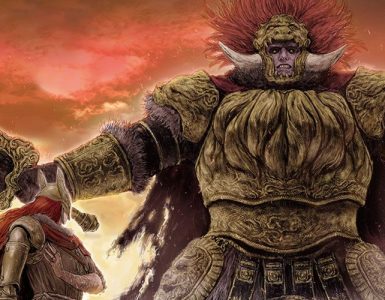