Five years is a long time to spend developing a game, and an even longer time in being able to keep any game, much less a new God of War title under wraps, but that’s what the folks over at Santa Monica Studios have done. There could have been many things that could have gone wrong during this time – leaks, delays, or worse, a subpar entry for the long-running franchise. 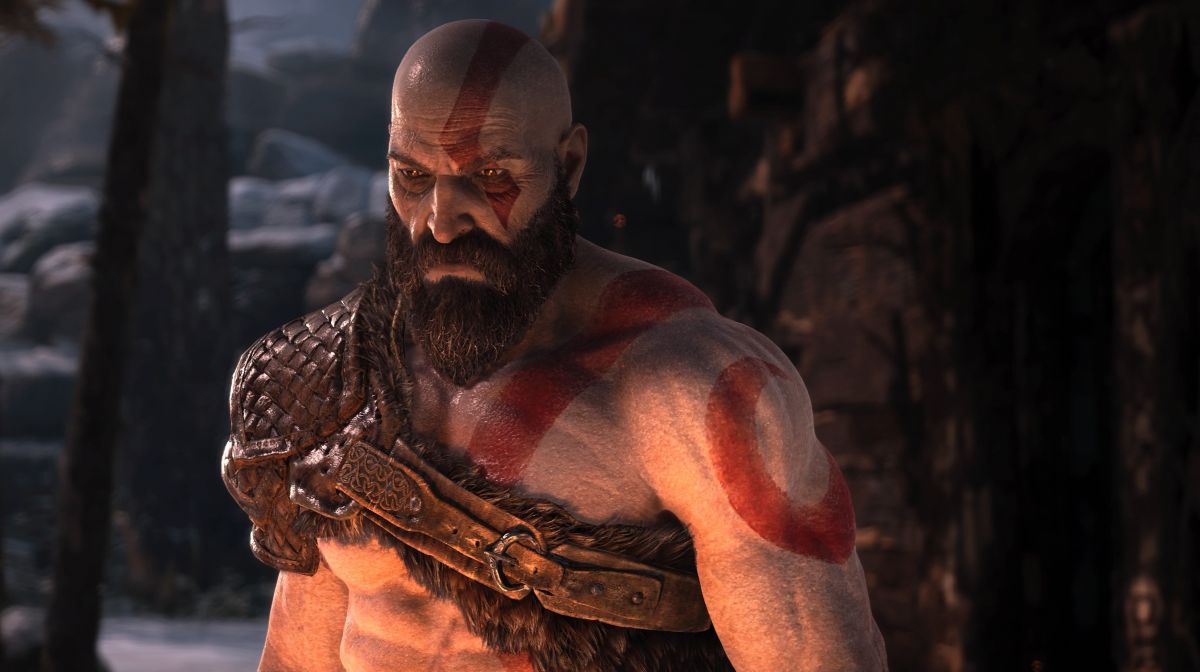 But after spending over 50 hours (25-35 hours if you mainline it) in this gorgeously realised new world, where the iconic God of War has been reimagined for the current PlayStation generation, Kratos’ return on April 20 is nothing short of divine.

Much has been said about the titular character’s new look, weathered features, glazed eyes and bushy beard, but nothing can be more jarring than having Kratos becoming a father to a young child, Atreus. As players set off on the journey to the highest peak in the land to spread the ashes of a wife and a mother, the path becomes one of enlightenment – of Kratos being a father, and Atreus learning about being a god.

It is an intricately woven tale, with Kratos’ past showing its subtle influences in his struggle to be a good father to the youngling. Suffice to say, there are several pivotal moments that see the pair clash, grow, and ultimately become a team that is a force to be reckoned with. Backed by impressive performances by both Christopher Judge (Kratos) and Sunny Suljic (Atreus), the familiar distant-father-struggling-son angle is now refreshing, and played to perfection.

The wonderful facial animations of the main cast do wonders at emoting and conveying the gravity of the situation they find themselves in, and now with a camera that never, ever cuts away. This itself is a technical and design marvel, to say the least, but now, players can, and will always feel the emotional stakes of what is presented in front of them. 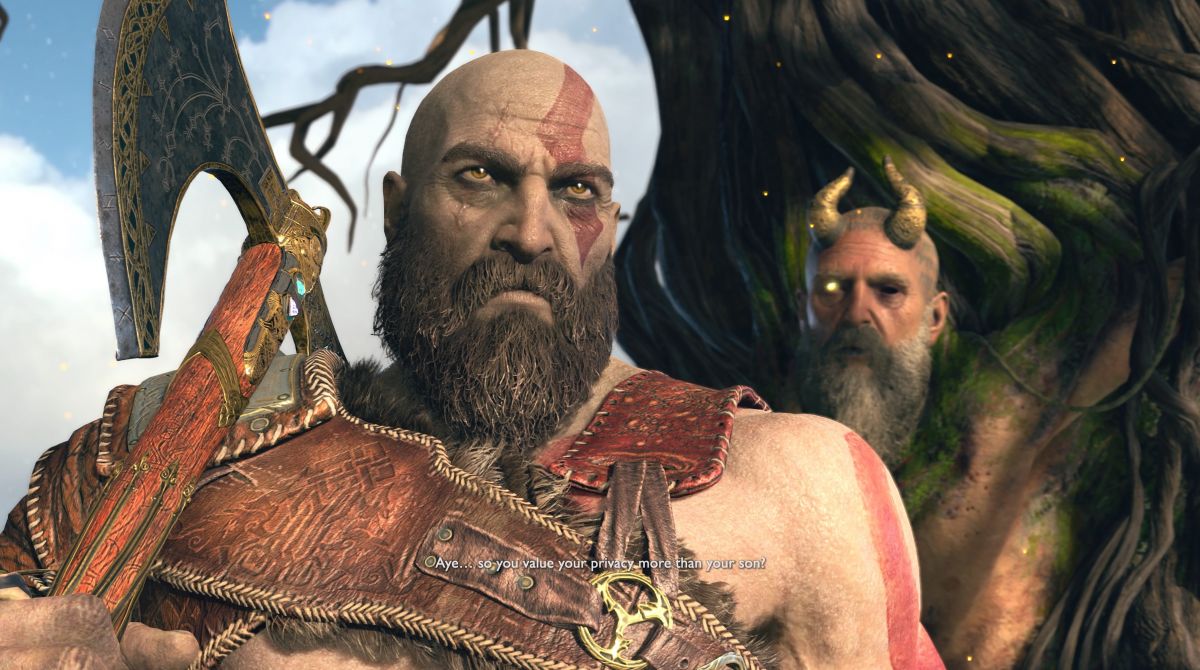 For the first time in a long time, the plot of God of War becomes an enticing feature, rather than be a throwaway string of events to link all the action, and kudos goes to the writers for that. As players grow closer to the characters, it makes the moments of revelations and twists all the more heartfelt, and there are plenty of such moments in God of War, especially the poignant ending.

With an undetermined amount of time having passed since we last saw him, Kratos has embraced the Nordic life, and surrounded himself with towering, snow-covered mountains, vibrant greenery, and welcoming waters. The many vistas the duo will visit are drop-dead gorgeous and comes to life with every rustling leaf and billowing wind. God of War ran perfectly on the PlayStation 4 Pro, without so much as a stutter, while displaying a crisp framerate, beautiful colours, and visuals like a painting come to life. All we need now is a Photo Mode! 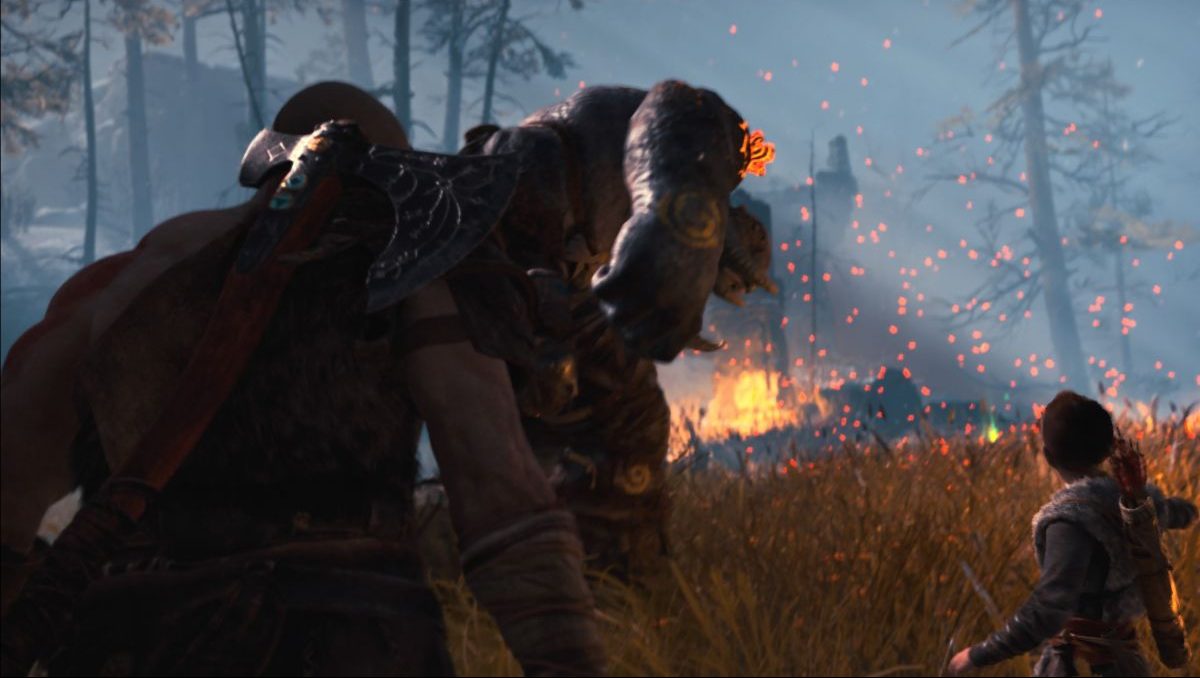 Without revealing too much, the other realms the pair will visit are homes to inspired designs, and supported by a level of graphical fidelity that is up there with the best of them. God of War is not an open world game, but it does contain a large amount of play space within each of its confined areas, enough to keep players wandering and exploring for hours on hand.

The Nordic influences are apparent, and front and centre, with statues of gods like Thor, remnants of nomadic tribes, stone buildings of old, and an environment littered with plenty of nods to the Norse way of life. Even the mystical wildlife and beings appear to jump straight out of Norse lore. 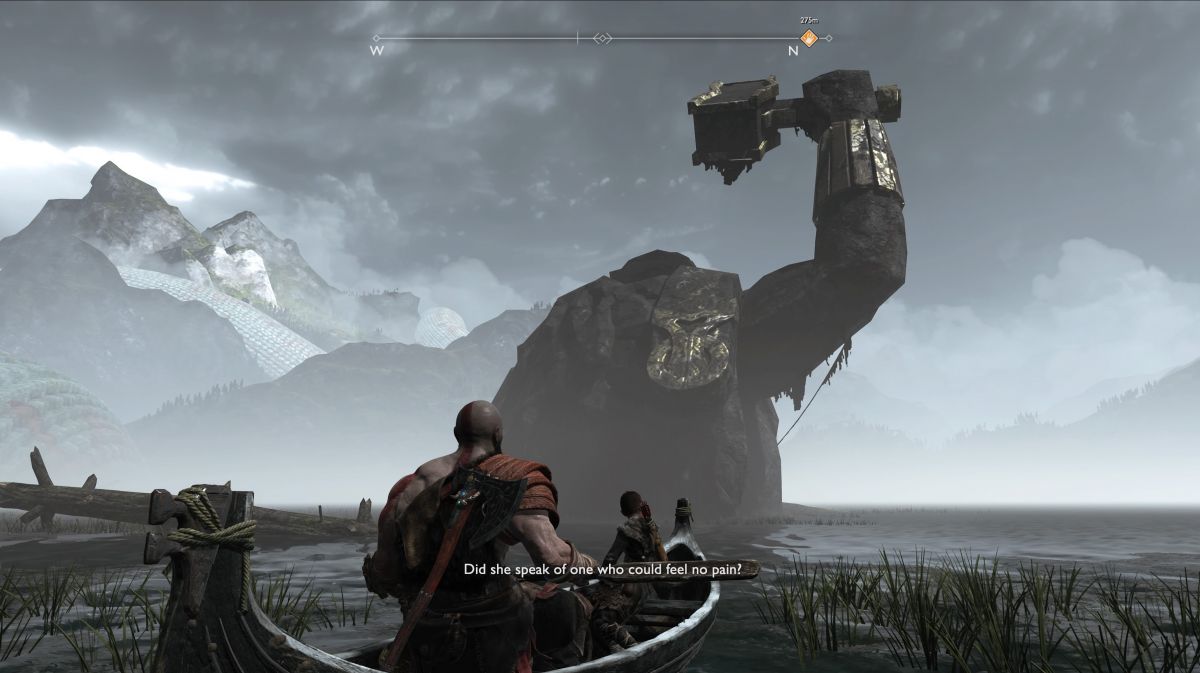 Banter in the game often includes a constant barrage of lore about the lands and the gods, and God of War wears its Nordic colours proudly. For those interested to learn about the Æsirs and Vanirs, Odin and Thor, and of course, Ragnarök amongst many others, God of War does an admirable job of building a believable world tinged with little twists that fit into Kratos’ appearance in the new world, and how these celestial beings react to an intruder of some renown.

No godly odyssey is complete without trials and tribulations, and with the new Leviathan Axe and Atreus in tow, God of War certainly upped the ante when it comes to combat and puzzles.

The Leviathan grants Kratos the ability to freeze enemies with its frost properties, and can be thrown and retrieved at will. Atreus plays an important role in harassing, as well as extending combos, keeping enemies constantly on their toes with his elemental arrows. Kratos would not be the God of War if he did not have the chops, and there are plenty of skills to be unlocked, all which adds new dimensions to the action. Be it bare-handed, with a shield, with the Leviathan, and even during his Spartan Rage, there are plenty of customizations to delve into for the perfect combat flow. Yes, Atreus gets his own specific skill tree as well.

All these skills can be further augmented by crafting equipment, a first for the 13-year-old series. Loot in the wild can never be compared to gear that is crafted by the hilarious dwarven brothers, Brok and Sindri, two of many other characters players will cross paths with. The best gear sets require hard to find materials, and will often point you to optional but challenging side quests that account for some of God of War’s best moments. 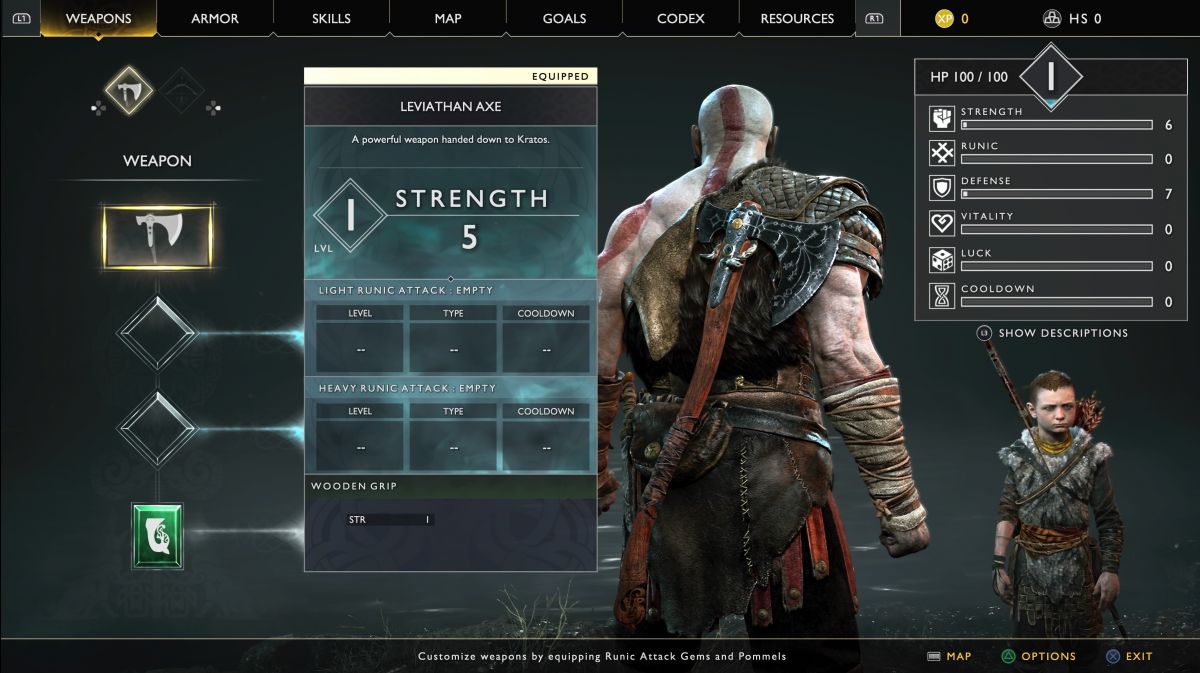 And you will need all the help you can get against the dastardly foes that aim to stop you at every turn. The enemies range from humanoid Draugrs to fearsome trolls and ogres, and when you throw in some nightmarish creatures from Hel, it all combines to become plenty for Kratos and Atreus to tear into. The great variety of enemies makes the already awesome combat of God of War even better, and they require cunning and strategy to overcome most of the time. 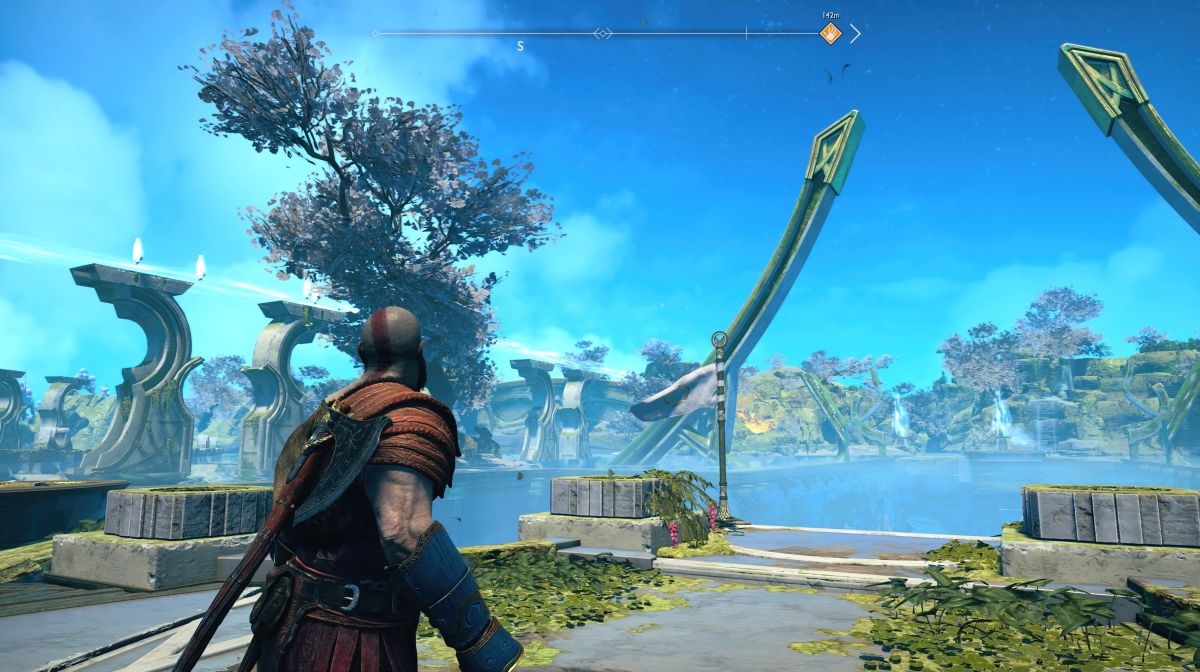 The several “boss” fights are the best parts of the action, as over-the-top set pieces and bloody, brutal savagery that harken to the gorefest of old return, in more measured amounts that emphasises the true power of Kratos and Atreus, without being overindulgent. If you’re looking for a game that shows off the various systems working perfectly in tandem, this is it.

The new over-the-shoulder and more in-your-face camera brings the action much closer, and makes every axe swing and shield bash much more satisfying. It does reasonably well when you are up against multiple foes, although the lock-on system can be a little finicky, and makes the camera swing about. Atreus is key during moments of frenzied combat, often calling out enemy attacks, which Kratos can dodge with ease.

The son is also integral to puzzles which the Leviathan Axe cannot solve with its freezing ability. Atreus’ ability to read and translate runes not only adds to the mythos surrounding God of War, but is also important in unlocking parts of the world. His small stature also works well in circumventing obstacles, and a truly indispensable ally. There are certainly some truly devious puzzles in God of War, but most of them should not be a problem to a seasoned gamer.

What makes God of War a truly wonderful experience is how everything comes into play perfectly. An intriguing tale seen through an engaging and growing relationship between a father and son, this is an epic adventure through stylistically distinct level designs, filled with impressive foes, while giving players the freedom to achieve visceral and satisfying combat. 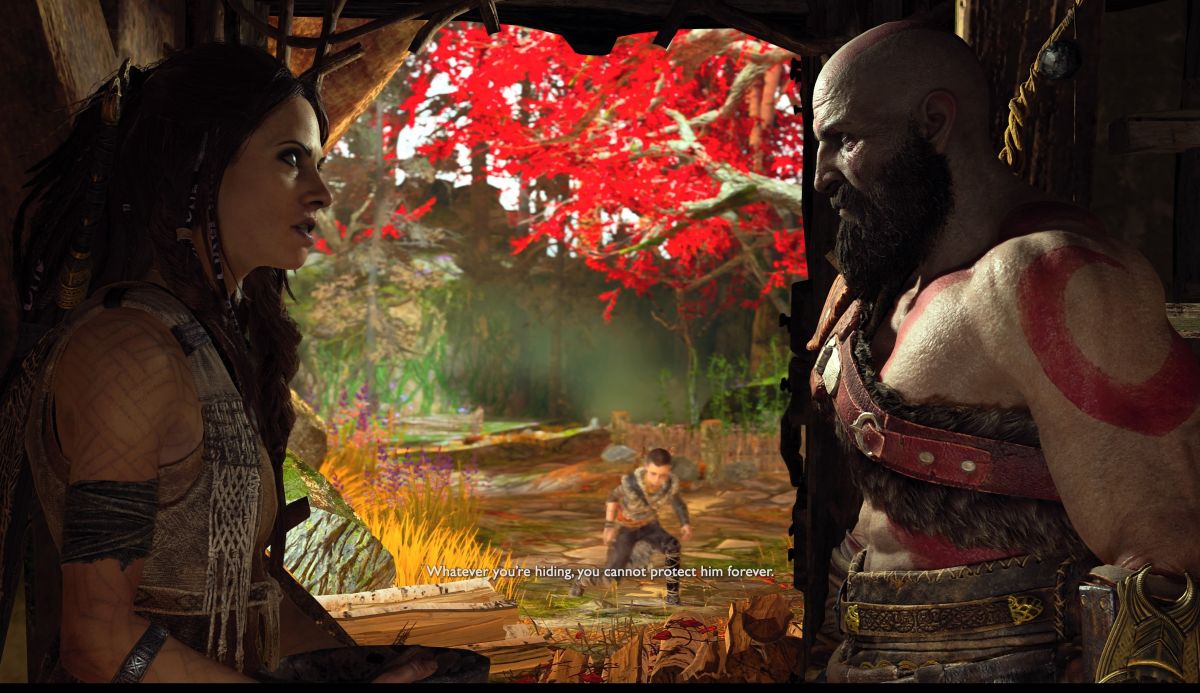 It has been a long time coming, but Creative Director Cory Barlog and the team over at Santa Monica Studios have indeed outdone themselves in delivering a true epic that is the crown jewel of the God of War franchise.

And if you are part of the PlayStation family, there is simply no reason to not pick up this gem of a game, and begin one of the greatest journeys in gaming.

A truly divine experience, God of War returns and places Kratos and Atreus among the pantheon of gaming’s greatest.