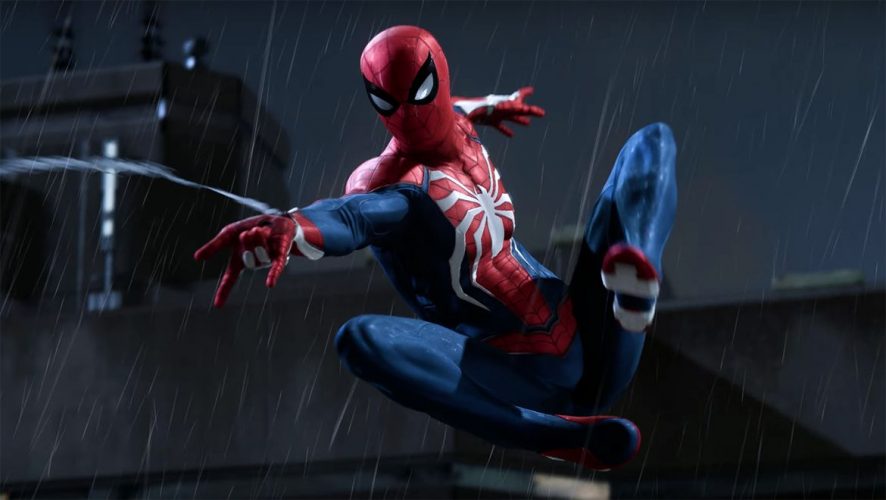 Following Ubisoft’s press conference that unveiled a healthy dose of game reveals, Sony brought the house down with a change-up from its previous presentation at E3 2017, where there was a bombardment of trailers after trailers.

For its 2018 iteration, four heavy hitters led the charge, amongst a line-up of onstage performances and on-screen announcements of PlayStation VR titles.

Here’s what Sony had to show for their press conference.

The Last of Us Part II

Ellie is back, this time in a different, deceptively cheerful setting. There’s no hint of zombies, and love is strong in the air…and ah, here it is, the same apocalyptic setting. As per its predecessor, visuals contain the same gorgeous quality, with environments and character design decked out in fine, sharp details. Building upon the past combat system, The Last of Us Part II sports smooth, fluid controls, and more stealth mechanics, as well as the familiar sense of realism.

With a finite supply of ammunition, hand-to-hand combat has become all the more common. Close-up fights are intense, with the player needing to innovate and make clever, on-the-ball decisions in combat to survive, which means things can get brutal real quick. We see Ellie grown up, from a little girl to a now-hardened survivor killing her enemies with a machete to the neck.

Based on the abrupt change of scene, it seems the game narrative will toggle between flashback and present time that may be difficult to follow, but certainly allows for an immersive experience. An absolute keeper for sure!

We see the game start with with a scene on The Raft Supermax Prison, where Electro is somehow loose and has set the other prisoners free. The combat mechanics are very fluid, and similar of the Arkham-style of games. Spiderman faces off with the classic villains of Vulture, Rhino, and Scorpion, which eventually overwhelms him.

The main story of the game is set in an open world Manhattan where the player is free to web-sling around the city and pick up quests and missions along the way. It feels like there is a steep learning curve to master the movement and combat mechanics, but looking at the gameplay demonstration it should feel extremely satisfying to pull off all the different moves that Insomniac has incorporated into the game.

The game is almost complete and we can expect a release in September 2018.

Kingdom Hearts 3 is inevitably one of the stars of E3 2018, and has been in the spotlight for past few days. Following up on the past trailer, there’s now some gameplay featuring everyone’s favourite pirate from the seas, Captain Jack Sparrow! Set to release on January 29, 2019, fans can also look forward to a limited edition PS4 Pro tie-up, alongside the sweet bundle of Kingdom Hearts HD 1.5 Remix, Kingdom Hearts HD 2.5 Remix, and Kingdom Hearts HD 2.8 Final Chapter Prologue.

It’s stylish, but also very, very strange. Control is Remedy Entertainment’s new title, bearing an expected and uncanny similarity to Quantum Break. There’s a female protagonist, shape-shifting gun, plenty of flickering shapes in the form of enemies, and some telekinetic powers going on, which all makes for a very bizarre, if interesting, affair.

Suspense, gore, and the undead galore, Resident Evil 2 comes back as a remake for the PS4 and possibly other platforms. Step back into the shoes of Leon and Claire in a massive overhaul of the classic survival horror title, which returns to a third-person camera instead of first-person in Resident Evil 7. A long-awaited addition to the PS4 library, it’s slated for release on January 25, 2019, with pre-order available from June 12, 2018 onwards.

From the creator of Rick and Morty, Justin Roiland, comes another insane adventure that doesn’t have much revealed, except that there are dogs. The website, at least, gives us a glimpse of what the story is:

“Wonderful. Your dogs have been dognapped by a beaked lunatic who stuffed them into his eye holes and is using their life essence to destroy the Universe. Does that make sense?”

Not really, but it’s definitely right up Roiland’s alley.

That is all of the information we get from the brief teaser of Nioh 2. We see the protagonist being struck down by a demon, only to turn into a demon himself. With the first game only released in early 2017, it is a bit soon for a sequel to be ready, so we should expect this title to be coming sometime in 2019, or later.

So. Damn. Pretty. Hideo Kojima’s Death Stranding returns to the grand stage with another grand, bizarre, and wild look, which is nothing new. What’s new, however, is a glimpse of its gameplay, where Norman Reedus’ character Sam Bridges walks up mountains amidst a raging storm, whose mission seemingly involves saving people taken hostage by mysterious forces. Two new female characters make an appearance, but they are both as mysterious as our titular character, and their inclusion only raises more questions.

Actually, scratch that. For all the beauty that has been presented, the whole game is riddled with lots and lots of questions. Oh, and who’s Sam without his ever-reliable (questionable) fetus?

In essence, we still don’t understand what exactly is going on, but it seems a very compelling narrative is in store. Kojima, we need some answers.

Breathtaking visuals. Fast-paced sword combat. Intriguing narrative. Stealth. Samurais. Ghost of Tsushima is shaping up to be a visual masterpiece set in the an atmospheric version of Japan. A combination of action and stealth makes this a title to look out for, although gameplay does appear to focus more on well-timed counters and vicious sword attacks. It also seems to borrow elements from Akira Kurosawa’s famous samurai movies, lending it a film aesthetic of sorts as well.

A new pre-order bonus for Call of Duty: Black Ops 4 was announced. A map pack consisting of 4 classic maps would be made available for players in Black Ops 3, if they were to pre-order the game.

And what if you do not own Black Ops 3, well the game is now on the PS Plus rotation starting today, so PS Plus subscribers can all add it to your library for free.

The adventures of Kratos and Atreus see the addition of the New Game Plus Mode, with more content in store for players! More details are set to arrive soon, so do keep a lookout.

In a new trailer for Destiny 2: Forsaken, we see Cayde being murdered with his own weapon by Prince Uldren. The trailer ends with a still shot of a Guardian carrying Cayde’s body, so perhaps there is a way to bring him back to life? Nevertheless, this was surprising plot reveal that we did not expect, and it makes Bungie look desperate to bring players back to the fold.

From the developers of Bloodborne and Dark Souls, comes a new artistic story title designed for the PS VR. Déraciné is a game where the player is a fairy, summoned by a young girl in a boarding school, which actually kind of ties in with the definition of “déraciné”, which means to be uprooted or describe a person who has been displaced.

The game is coming to the PS4 later this year, so hopefully more will be revealed soon.

Apart from the above, Sony also did five pre-E3 reveals prior to their presentation, with Ghost Giant, Twin Mirror, Days Gone, Tetris Effect, and Beat Saber announced during their Countdown to E3 livestream. The press conference may not have unveiled as many titles as in the past years, but the top-tier quality and in-depth content of them certainly more than made up for the numbers. Following this, the last one to round up the entire E3 press conference schedule would be Nintendo, and we’re definitely looking to what the industry giant has in store. Stay tuned till then!