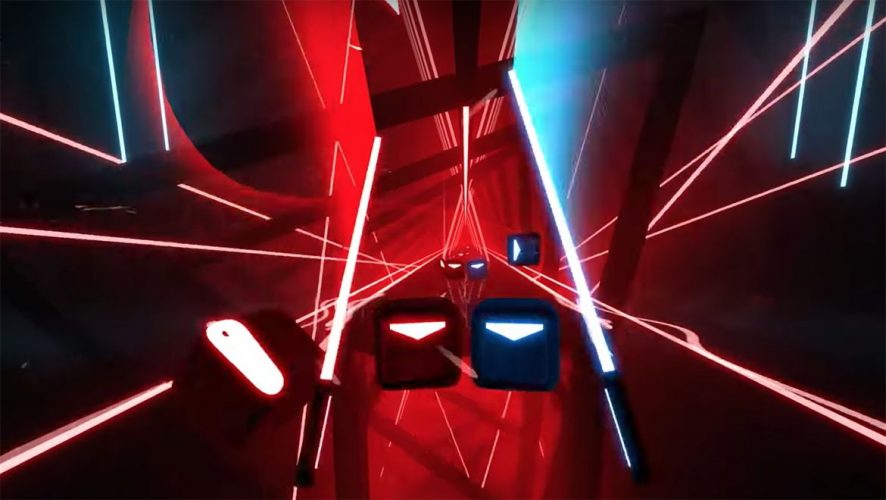 Over the past few days, Sony has revealed several titles as part of its Countdown to E3 line-up, among which lies the likes of Tetris Effect, Days Gone, Twin Mirror, and Ghost Giant. Rounding off the entire event is the much-expected, wildly-popular Beat Saber, first released in Early Access on Steam and the Occlus Store.

Combining lightsabers and rhythmic, pulsing beats, the game has players holding onto the weapon in both hands as they smash through the psychedelic red-and-blue swirls of electropop blocks. It’s highly reminiscent of similar mobile titles on the market, such as Cytus and Tap Tap Revenge, and looks to be as challenging as it’s immensely gratifying.

PS Move controllers are utilised in the beat of original music composed by Jaroslav Beck for each level, with the option for more competitive gamers to pit their skills against others on the global leaderboards – in which they better hope to avoid this guy, who scored a full combo in a modded Beat Saber: