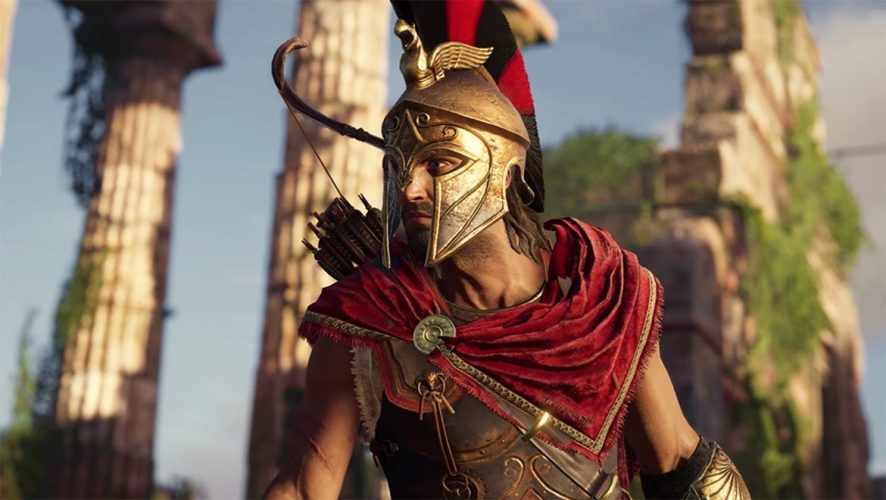 With Electronic Arts (EA), Microsoft, and Bethesda pulling no punches with their reveals of both brand-new and highly-anticipated titles, momentum for E3 has already been established. Square Enix’s press conference paled in comparison, but Ubisoft was quick to pick up the pace, unveiling new trailers and information for the heavy hitters, as well as pushing out content for existing titles on the market.

Assassin’s Creed Odyssey is set in Ancient Greece as we have seen from the teaser trailer. Choose from Alexios or Kassandra, a warrior that shares the bloodline of legendary Spartan hero, Leonidas. Dive into the golden age of humankind, and interact with historical figures like Socrates.

In-game graphics are spectacular, with realistic environments and character models. Gameplay mechanics looks to be carried forward from AC Origins, however, there is less of an emphasis on stealth, but more on direct combat instead. This makes it feel out of place for an Assassin’s Creed game, although there’s no denying the thrill that comes with that. We also see an improved menu system, with multiple skill trees and equipment loadouts.

Assassin’s Creed Odyssey is set to launch on October 5, 2018.

Chaos has gripped Washington DC. Tyrants have taken over society, with factions splitting up the population. It’s the same apocalyptic setting, but with bigger, badder weapons (read: crossbow grenade launchers), new areas to explore, and a brand-new narrative. Between the addition of the eight-player Raids mode and the promise of frequent major content updates over the next few years, story continuation of The Division seems to take after the model of Rainbow Six: Siege, bearing certain similarities to The Last of Us as well.

Beyond Good and Evil 2

Featuring beautiful frozen landscapes and the vast expanse of space, Beyond Good and Evil 2 sees the return of Pey’J, alongside two new characters, this time with a renewed focus on space pirates! Ganesha is still as gorgeous as ever, fighting can now occur both on ground and in space, and play has been expanded to include co-op. Oh, and Jade makes a surprise entrance – no longer as the protagonist, but a young, ferocious fighter – that may potentially hint at her taking on an antagonistic role of sorts. Definitely and absolutely a keeper!

Alongside the launch is the Space Monkey Program, which is an open invite for all artists to contribute original content to the game. In collaboration with Ubisoft, head of HitRecord Joseph Gordon-Levitt will be running the project as well, where writers, digital artists, and musicians can participate in creative challenges to collaborate and create artwork, soundtracks and animation. In a way, Beyond 2 isn’t just a game for fans, it’s also one partially by them. Cool.

Local pride! Ubisoft Singapore’s Skull & Bones is shaping up to be a fun-filled pirate adventure, with fortunes, face-offs, and pillaging aplenty. It does seem to have a little Assassin’s Creed: Black Flag elements, but ultimately stays true to a core pirate game – sea battles, ship navigations, and looting are all major components of the game; plus some sea shanty tunes. Outside of that, gameplay appears to revolve around an RPG system, where players have the freedom to explore their surroundings, take up quests, and interact with NPCs. Oh, and there’s also the option to customise your ships, figureheads, weapons and wheel, in which special abilities vary from one ship to another.

Great fun, this is!

The rabbids are back for another new adventure spanning across multiple locations, this time featuring one of retro gaming’s most famous icon, Donkey Kong! Get ready for more mindless fun and nonsensical shenanigans on June 26, 2018 onwards, one of which even involves a rabbid posing as Princess Peach. Always a peachy family-friendly game, this one.

Bigger guns – no, not that kind of guns. Rather, they are the kind that eat fuel, and go on road trips. The Crew strikes back with a second installment, with not only more bikes and cars, but also race boats and planes.

If you’ve yet to dive into the world of For Honor, here’s your chance! From June 11-18, 2018, For Honor: Starter Edition will be available for free on PC, so don’t miss out!

There’s the samurai, the viking, and the knight, among others. Now, the Wu Lin faction is set to join the ranks, alongside a four-versus-four multiplayer and the Castle Siege modes! The Far East-inspired expansion introduces four Asian warriors, bringing with them new fighting styles and weapons.

Arriving on October 16, 2018, the design for Marching Fire sure is looking good decked out in rustic tones.

A motocross title for the tire-biting enthusiasts, Trials Rising features multiple environments, crazy maneuvers, and, inevitably, dramatic crashes. Set for a February 2019 release across PC, PS4, Xbox One, and Nintendo Switch, the game is set to be a difficult but satisfying challenge, with closed beta being available from June 12, 2018 onwards.

There’s a dancer in a panda suit, a live brass band, and dancers in colourful suits…it’s a pretty quirky reveal, but to be fair, some of these are characters from the Just Dance franchise. A yearly affair, the rhythm title is back again for another iteration, with more songs and outfit customisation in store. It’s the same formula, so save your dance chops for October 2018, when Just Dance 2 drops.

Ever thought what goes inside the mind of others? Transference adds a dark twist to the concept by transporting players into a chilling tale of a boy caught in the throes of his father’s destructive obsession. It’s as perplexing as it’s interesting, and will see players explore the maze-like puzzles of a deranged mind, alongside a multi-branching narrative.

A psychological thriller with an intriguing premise, this is definitely the ultimate jam for fans of the genre (myself included) – though it’s probably not meant for everyone, somber undertones and all.

The game is planned for a Fall 2018 release, and will head to both Xbox One and PS4, as well as on Oculus, Vive, and PlayStation VR.

Having an open-world space title is always cool, but what makes Starlink: Battle for Atlas even more so is the addition of Nintendo’s Fox McCloud from the Star Fox series as a playable character. The bad news? Only Switch users are entitled to that exclusive feature.

If anything, however, the other gamers can enjoy their roles as interstellar pilots in a world of Mass Effect and No Man’s Sky elements, coming to them October 16, 2018.

While there was not any new content being announced for Rainbow Six: Siege, Ubisoft took this opportunity at E3 to thank their 35 million players-strong community. With the game in its third year, it is quite a feat to maintain such a large player base. Ubisoft has been doing a great job with constant map and operator updates, all unlockable without the purchase of any DLCs.

Their commitment to R6 esports is also renewed with a new season of Rainbow Six Pro League, starting June 18, leading up to Six Major Paris in August and Six Invitational Montreal in February 2019. We also saw the trailer for Another Mindset, a Ubisoft produced documentary into the lives of prominent members from the Siege community. The feature-length documentary would be released at the Six Major Paris in August.

Another new Assassin’s Creed game, the long-awaited sequel to Beyond Good and Evil, and the Singapore-led Skull & Bones (local pride!) – Ubisoft certainly went into E3 2018 strong. There is heavy emphasis on community involvement and collaboration, which is a great direction for the gaming industry moving forward.

With Sony and Nintendo left in the line-up, it remains to be seen if the two industry giants can keep up the momentum, but track record has proven that both are more than able to bring the house down – stay tuned for further updates! 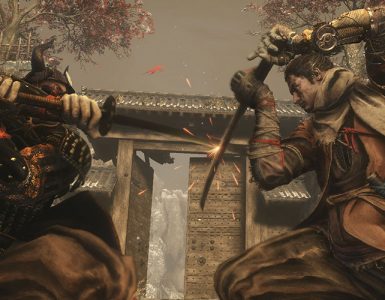 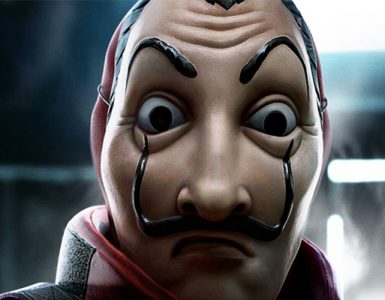 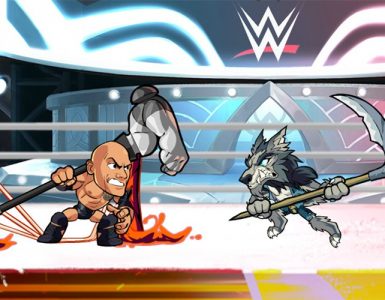