2001: A Space Odyssey seems so far away now. The folks back in 1968 had an idea of how space travel could be like, and Stanley Kubrick’s imagination has no doubt laid the foundation for what might come in the 21st Century.

Fast-forward to 18 years after what 2001 could’ve been, and we now have inklings of a genuine off-world tourism experience. For that, you can thank the Von Braun Rotating Space Station by US-based devs The Gateway Foundation, which is set to launch sometime in 2025.

Based on the mockups, the Von Braun Space Station resembles a gigantic four-spoked whee, the Endurance from Interstellar, or a wayward ferris wheel, however, you choose to see it.

It reportedly measures a massive 190m (620ft)-long diameter, and will use artificial gravity to simulate a gravitational force similar to that of the Earth’s moon, as it orbits around our planet.

As for accommodations, there will be 24 individual pods that will house up to 100 guests per week. Each module will consist of a good mix of sleeping quarters and other amenities, including restaurants, bars, cinemas and the like, to make guests feel at home while admiring the scenes from beyond Earth.

The team at The Gateway Foundation saw that the Von Braun Space Station is an inevitability, and it was only a matter of time before our fantasies of commercial space travel could be a reality.

“Eventually, going to space will just be another option people will pick for their vacation, just like going on a cruise, or going to Disney World,” said the Von Braun Space Station’s senior design architect, Tim Alatorre, on Dezeen. “Because the overall costs are still so high most people assume that space tourism will only be available to the super-rich, and while I think this will be true for the next several years, the Gateway Foundation has a goal of making space travel open to everyone.”

2025 isn’t far off from now. This could be a watershed moment in humanity’s history if The Gateway Foundation pulls this off well. The Star Wars: Galactic Starcruiser Hotel at Anaheim Disneyland got nothing on the Von Braun Rotating Space Station in this case. 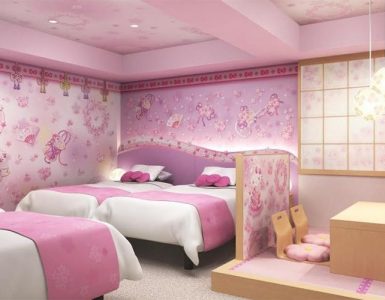