“I will not say: do not weep; for not all tears are an evil,” said Gandalf in Lord of the Rings: The Return of the King. And so the geek community wept, when the demise of British actor Sir Ian Holm, who played Bilbo Baggins in The Lord of the Rings movies, was announced on 19 June 2020. He was 88.

The veteran first made his big break in Ridley Scott’s hugely-successful Alien, where he impressed with his stellar acting as the villainous android Ash. This was followed by a slew of versatile roles over the years, from Napoleon in comedy fantasy Time Bandits and Father Vito Cornelius in sci-fi title The Fifth Element, to Chef Skinner in Pixar animated hit Ratatouille.

Following news of Holm’s passing, tributes for the late actor have been pouring in. Peter Jackson, director of the Lord of the Rings trilogy, has posted a special tribute on Facebook, in which he details a pleasant working experience with the man, and highlights the latter’s warm, down-to-earth personality.

“Incredibly his varied line reads and performances were all quite wonderful. He rarely needed direction. He gave us an amazing range of choices to select from in the cutting room,” Jackson recalls. Later on, he describes how Holm kept a group of children enraptured by telling them stories between recording to fill the boredom of a long downtime.

Years later, Jackson would find out that Holm had been diagnosed with Parkinson’s disease. In hopes of casting the actor again for his Hobbit trilogy, Jackson approached Holm for discussion, but was instead shocked to learn that the actor had quietly retired from acting, because he could no longer remember lines, and was experiencing difficulty in walking.

“We’re shooting the movies in New Zealand – but what say we came to London and shoot his scenes close to home? By the end of the dinner he nodded slowly, and said, “Yes, I think I could do that”. But I knew he was only doing it as a favour to me, and I held his hands and thanked him with tears in my eyes,” Jackson adds.

The director ended off his note by stating that it’d been a privilege to work with Holm, and a blessing to know him – a sentiment that’s shared by the community. Elijah Wood, who played protagonist Frodo Baggins, took to Twitter to bid farewell to his on-screen uncle, while famed director Edgar Wright dedicated a post to “a genius actor who brought considerable presence to pars funny, heartbreaking & terrifying”.

Elsewhere in the gaming scene, players in The Lord of the Rings Online came together to honour the veteran actor. Where some met at Baggins’ home of Bag End, others walked to Rivendell to surround the in-game Bilbo, and pay their respects. The send-off on he Belegar server, according to Reddit user RoadrageWorker, involved “a big firework, [and] there was music and mourning, and we all wished Ian godspeed on the last of journeys.” 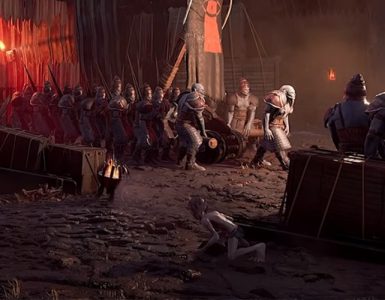 New Lord of the Rings: Gollum Trailer Gives A Sneak Peek At Gandalf

Gollum has some new friends along for the ride. 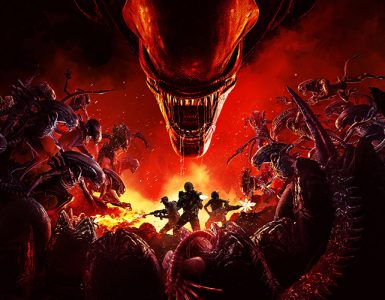