First announced during Apple’s 2020 WWDC, the latest watchOS 7 comes with a number of notable health, fitness, and style updates to the Apple Watch. Though it will only be released later this fall, the public beta for the watchOS 7 is currently already live and you can have a go at it yourself prior to its official release.

But before that, we’ve compiled a list of updates that will be coming with the new OS update to make sure you know what to expect when the watchOS 7 drops later this fall.

With faces the first thing anyone notices about a watch, watchOS 7 will allow users to have many new ways to customize their watch face to suit their lifestyles. For example, sports fanatics can choose to customise and personalise their watch face with complications such as the heart rate monitor or the fitness activity app. Meanwhile journalists can choose to set the voice recorder complication on the watch face for easy access.

There are also more faces to choose from, such as Chronograph pro which includes a tachymeter to help users calculate the speed they are travelling at, and Glow Baby which allows new parents to help keep track of important information such as bottle-feeding, breastfeeding, pumping statistics, and even naptime.

If you have a friend that’s impressed by your watch face and wants to use it, you can also easily share the face you have created by texting, emailing, or posting a link to it online.

A good night’s sleep is vital for you to maintain good health, hence it is always a good idea to start tracking your sleep, to make sure you are getting the right amount of sleep. The Apple Watch is able to help you do that and more, with the ability to help you create a sleep schedule and bedtime routine to help you meet your sleep goals.

watchOS 7 achieves this through detection of the user’s micro-movements via the Apple Watch’s accelerometer, to help capture when respiration is happening during sleep. The next morning, you will be able to see a visualisation of the previous night’s sleep and your weekly sleep trend.

When Sleep Mode is on, the Apple Watch helps to ensure that users get undisturbed sleep with Do Not Disturb turned on, and the screen on the watch automatically darkened. A silent haptic alarm or gentle sounds will be used to help users wake up.

Apple Watch and fitness go hand in hand, so it is no surprise that the new watchOS 7 will be coming with four new workout types for fitness enthusiasts, complete with its own custom-built motion algorithms – Dance, Functional Strength Training, Core Training, and even post-workout Cooldown.

For Dance workouts, Apple Watch makes use of advanced sensor fusion technology, combining inputs from the accelerometer and gyroscope on the watch to allow for the separation of body motions from arm motions to accurately predict body movements when dancing. The metrics for dancing were measured and tested against four popular dance styles, Latin, Bollywood, Hip Hop, and Cardio Dance.

The Activity app has also been redesigned to become Fitness, with a new streamlined design to allow users to see their Activity and Workout trends more easily.

With the watchOS 7, cycling while using Maps is easier than ever as now the Apple Watch will be able to provide you directions hands-free whilst you are cycling. This way, you won’t have to stop mid-travel to check whether you are on the right track.

With cycling navigation, the Apple Watch will be able to help you identify bike-friendly routes where you will be able to see a wide diversity of available routes. This way, you can choose the one most suitable for you, depending on whether you want to get there in the shortest time possible, or use roads with less traffic, or avoid steep hills.

Cyclists will also receive guidance on upcoming turns on their journey, as well as prompts on when to dismount and walk your bike ahead of time. Also, if you are in need of a pit stop along your route, you can use the Apple Watch to search for restaurants or a restroom, and add them to your route.

To help prevent the spread of Covid-19 and keep yourself safe, it is important to properly wash your hands for at least 20 seconds. To help ensure its users practice proper handwashing, the watchOS 7 will come with automatic handwashing detection. Through its motion sensors, microphone, and on-device machine learning, it will be able to automatically detect handwashing motions and sounds and start a 20-second countdown timer. If users finish washing their hands before the 20 seconds are up, they will be prompted to continue washing.

And yes, users will also be reminded to wash their hands when they return home.

With the new updates to Siri on the watchOS 7, users will be able to get language translations right from their wrist, and all users have to do is raise their wrist and ask Siri a question, such as “How do you say hello in Japanese?”. This feature will be great when you are trying to ask directions to the nearest washroom or check into your hotel while overseas.

Users will also be able to easily send and receive messages on their Apple Watch with on-device dictation, which uses the same speech recognition software as Siri to analyse the user’s speech and send back converted texts. With watchOS 7, the speech to texts requests will all be performed on the Apple Watch with the Apple Neural Engine.

The new OS will also bring with it Shortcuts to allow users to access and run shortcuts created on the iPhone with a quick tap on the Apple Watch. You can also add Shortcuts as a complication on your watch face for quick access.

First introduced in watchOS 6, the Noise app helped measure the ambient sound levels around its user, as well as the duration of exposure. With the watchOS 7, users now have further support for their hearing health with headphone audio notifications. This way, users will be able to understand how loudly the media they are listening to over their headphones is and how the levels they are listening at can impact their hearing over time.

There you have it, the must-know features that will be coming to the watchOS 7. If you are interested in trying out the public beta for the watchOS 7, you can head on over to Apple’s Beta Software Program site to check it out. 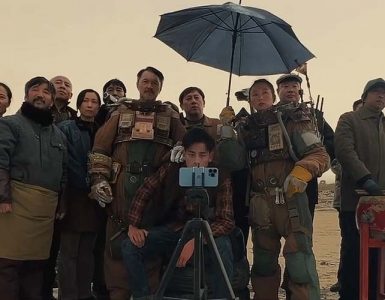 Apple proving that there's nothing their iPhone 13 Pro camera can't do.