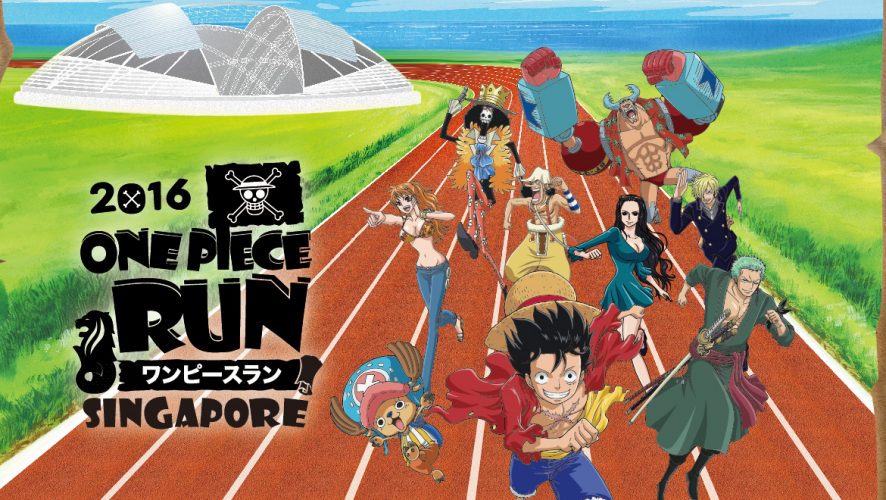 Win Tickets to the Inaugural One Piece Run Singapore

[UPDATE 1 February 2015: Winner Announcement! Congratulations to Joseph Sng Guan Ling! You won a pair of tickets to the One Piece Run! Please check your email for prize collection details. ]

One Piece certainly has come a long way since its debut in 1997. To fans that have already experienced it as an anime, video game and through various merch, it’s time to put on those running shoes for the inaugural One Piece Run in Singapore come 6th March 2016.

Held at the Kallang Practice track, the One Piece Run touts itself as a journey that aims to foster fellowship amongst participants, friends and fans alike. And judging by the carnival atmosphere present at Taiwan’s One Piece Run, there seems to be plenty to look forward to apart from the race goodie bag.

With a total of 5km to conquer, the journey will be filled with experiential zones for both manga fans and runners to navigate. While it might be touted as a run, do bring along a camera as there would be plenty of photo ops to treasure the race together with Luffy and the Straw Hat Pirates!

Runners will receive the following entitlements:

How Can You Win?

If you are still deliberating to take part, we have a pair of tickets (worth S$68 each) to giveaway if you’re feeling particularly lucky! Here’s what you have to do:

The giveaway is open to all worldwide, and closes on 31 January 2016 @23:59hrs (GMT+8). A lucky winner will be picked at random. The winner will be announced here and on our Facebook page by 2 February 2016. Good luck!