Cinemas in Singapore have finally reopened and we can’t wait to finally catch up on our list of highly anticipated movies on the big screen. With all the release dates and films to keep track of, we’ve decided to put together a list of the top 8 movies to catch in theatres for your easy reference.

Zombie flicks are still all the rage these days and perhaps none is more popular than 2016’s Train to Busan. Now, get ready to head back into the fray with the second installment to the franchise that’s filled with more action, horror, and of course more zombies. You can catch Train to Busan: Peninsula from 15 July at Golden Village, Cathay and Shaw theatres.

Romance comes with a spooky twist in this new Thai romantic comedy film. Heartbroken, Lin, travels out to a resort and meets a young screenwriter, Put, who is at the resort to look for inspiration for his new horror story. The catch? Lin can see ghosts. Low Season can be watched from 13 July at Golden Village, Cathay and Shaw theatres.

Get ready to cry as the adventures of our beloved Digi-partners draws towards its conclusion in the upcoming Digimon movie. In 2020, Taichi and his friends have all grown up, but their lives are turned upside down as the Digidestined start getting robbed of their consciousness. The movie answers the question of what happens to our Digimon when children grow up and gives a bittersweet finale to the overarching plot. Digimon Adventure: Last Evolution Kizuna will be screened exclusively in Golden Village theatres from 16 July.

It seems like ’tis the season for horror as the 7th month (or Hungry Ghost month as it is otherwise known) swings just around the corner with the release of yet another horrror film. The Bridge Curse follows the story of a test of courage gone wrong and an investigative journalist who attempts to uncover the truth years later. The film can be watched at Golden Village, Cathay and Shaw theatres from 13 July.

As for fans who weren’t able to catch their favourite films before the Circuit Breaker, fret not, the theatres have decided to continue showing some of them, although, they could only be in cinemas for a limited time.

Humour matches up with class in the beautiful adaptation of Jane Austen’s beloved comedy. Filled with the satire of social class, romantic misadventures, and growing up, this is a movie that any literature fan won’t be able to resist falling in love with. Emma will only be screened at Golden Village.

If you haven’t watched it yet, be sure not to miss your second chance to see this masterpiece by Oscar-winning director Sam Mendes. Amidst the chaos of World War I, 2 young British Soldiers must race against time to deliver a message across the enemy territory in order to prevent a catastrophic attack on their own soldiers. 1917 can be watched at Shaw Theatres.

For fans with more varied tastes, you could even venture to The Projector to watch some of their new releases and limited-time screenings.

Screening for a limited time only on 15 July 2020, Nina Wu is a #MeToo inspired psychological thriller hailing from Taiwan. The story follows an aspiring actress, Nina Wu as she struggles to balance the demands of professional acting and her own mental state. Over the course of the movie, watch as she starts to lose her grip on reality and becomes paranoid that someone is stalking her.

Opening in cinemas from 15 July is a Japanese film that delves into the meaning of romance and emotions in a world where everything is commodified. In an agency specializing in artifice, a man is hired as a substitute for the missing father of a 12-year-old girl. Family Romance, LLC is a moving film that will make viewers contemplate what it means to live in a world where a value is placed on everything and the fallacy of chasing impossible dreams.

This list only rounds up the top 8 movies for the week, so do look out for a whole other plethora of movies to be released in the following weeks to come! Alternatively, if you don’t feel ready to squeeze with crowds, you may refer to our list of Top 10 Geek Worthy Shows On Amazon Prime for some good old stay-at-home entertainment.

Also, don’t forget to wear your masks and practice proper hygiene at all times! 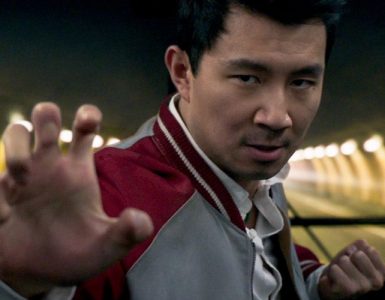