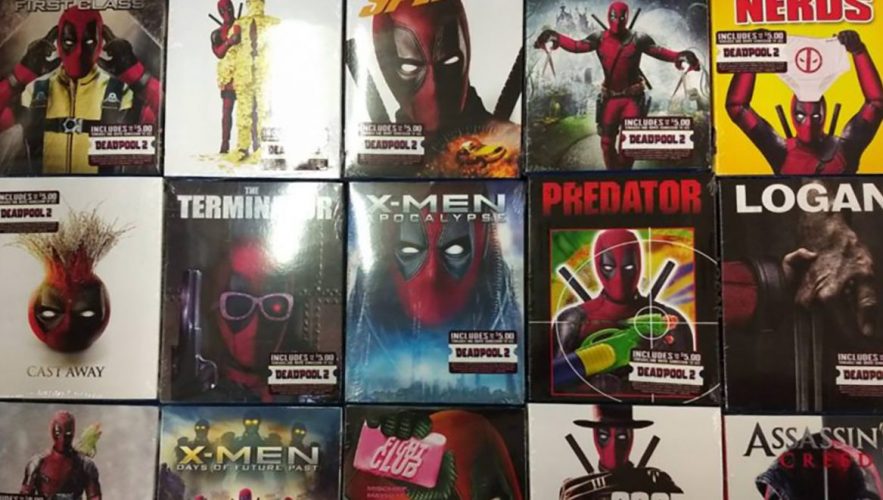 The Deadpool movie may not appeal to everyone’s sense of humour, but you’ve got to hand it over to the brains behind all the clever advertising and marketing efforts. From breaking-the-fourth-wall absurdity to the reinvention of an 80s-inspired cover, creativity certainly is the name of the game for the team.

To keep up the quirkiness so often associated with the Merc with a Mouth, selected Blu-rays in Walmart will feature a “photobombed” Deadpool on their covers from May 15, 2018 onwards. Held in celebration of its impending sequel release, these titles are part of Fox Home Entertainment’s special two-year anniversary for the mercenary – and a downright fitting one indeed.

The full list of participating movies are as follows:

It’s undoubtedly an amazing feat that the team managed to pull this off. From the above line-up, it seems the X-Men franchise remains Deadpool’s favourite to poke fun at, alongside some unexpected ones like Office Space and Cast Away.

Prior to this, a Deadpool: 2-Year Anniversary Edition Blu-ray was released with various limited-edition collectibles and an all-new packaging in tow.

With Deadpool 2 (read our review) heading to cinemas on May 17, 2018, there’s no better and suited way to welcome the unlikely hero than all the photobombing fun!