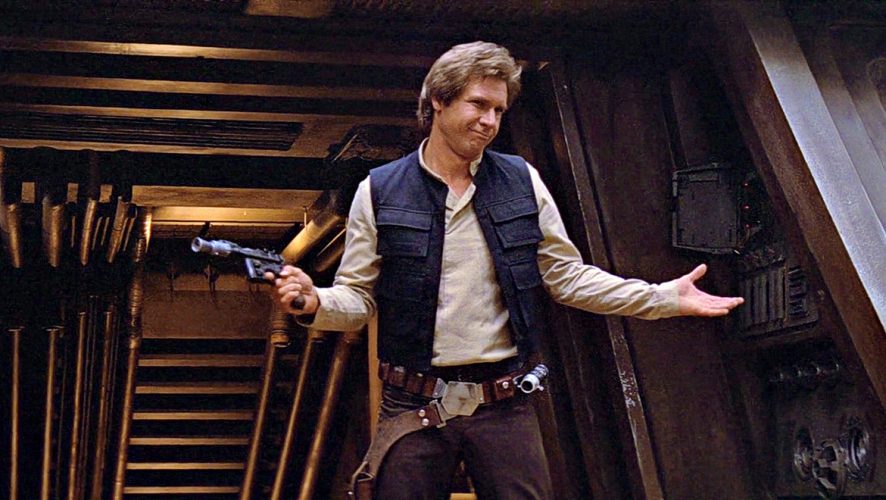 Well, a fan can dream, right? With the wonders of our modern technology, it’s totally possible to see how Solo: A Star Wars Story would look with the OG Han Solo, and that’s precisely what Star Wars fan Nick Acosta did on Vimeo.

His video, entitled True Solo, is a version of the Solo trailer with clips from Harrison Ford’s younger days added in, or replacing Alden Ehrenreich’s face (the actual guy playing Solo) with Ford’s face. We’re all for supporting Ehrenreich in his go at playing Han, but nothing beats the original in this case.

“I couldn’t help wonder what would this movie would look like if you could magically transport a young Harrison Ford to play his iconic character. So using a variety of digital compositing software and some editing tricks I tried to make that happen,” said Acosta on his website.

Clips used were sourced from Ford’s earlier movies, such as American Graffiti, The Conversation, and “a very bizarre appearance on the 60’s sitcom “Love American Style.”” The results aren’t flawless, but it’s a fun look at what we wish could have been.

If you’re okay with the sense of disappointment that this isn’t what we’re getting, definitely give it a watch.

The video is part of Acosta’s series of videos where he cuts together movies to allow actors from completely separate films to “interact”. Other than True Solo, he’s also done Live Long and Star Trek, which has the crews of the Enterprise from both versions meet each other.

READ ALSO:  The Mandalorian Creator Reveals Details Of The Book Of Boba Fett