There’s no better time than now to catch up with all your favourite childhood cartoons from the ’80s, thanks to COVID-19. Having a subscription with streaming services like Netflix, Disney+ and Amazon Prime Video just isn’t enough these days, especially in the ’80s cartoons department.

In case you didn’t know, there are a whole slew of high-quality, free to watch, whole seasons of your favourite cartoons on YouTube – some are official, and some unofficial. Let’s get started:

He-Man and the Masters of the Universe

No introduction is need for He-Man and Skeletor. Till today, this franchise is still going strong in the toy and merchandising department. The official He-Man YouTube channel has a whopping 646 videos online, with countless full episodes.

Ah yes, and who could forget Princess Adora, the long-lost twin sister of Prince Adam (He-Man). Here’s 182 videos of her adventures in Eternia.

Recently released officially by Hasbro, catch the first three 5-part story arcs (15 episodes) from the original 80’s G.I. Joe animated series: The M.A.S.S. Device, The Revenge Of Cobra and The Pyramid Of Darkness.

Remember the American Space Western animated series with that catchy theme song? Native American Marshal BraveStarr comes to the rough-and-tumble planet New Texas as its new lawman with a goal of bringing order to the land. There are 226 videos in all. Enjoy.

With a M.A.S.K. (Mobile Armored Strike Kommand) live-action movie in the works, time to revisit this popular 25-year-old franchise! 75 videos to unmask!

The Adventures of the Galaxy Rangers

Yet another American Space Western animated series. This was one of the first anime-style shows produced mainly in the US, which was considered a pretty revolutionary kid’s show back then. 66 videos in all.

Not quite the Ghostbusters we are all familiar with. This little known Ghostbusters by Filmation was a different interpretation that came about due to a licensing disput. There’s even a gorilla named Tracy in the team. Get ready for 222 videos in all. 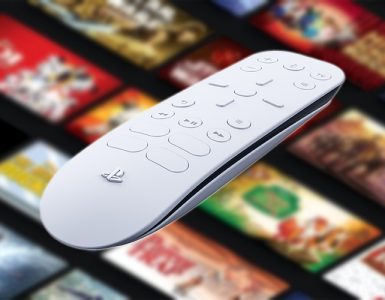