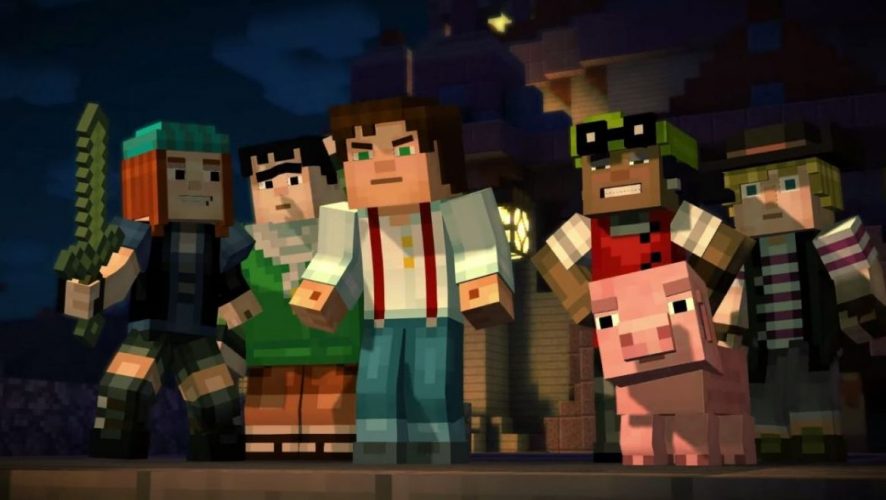 In a series of tweets, Telltale Games revealed today that they are entering into a partnership with Netflix to produce a series of interactive narratives, to be hosted on the streaming platform.

We're delighted by the response we're seeing to the idea of Minecraft: Story Mode coming to @Netflix in the fall as an interactive adventure. (1/3)

Minecraft: Story Mode, is the first title to be published, coming to Netflix as soon as this fall. This is an adaptation of Telltale’s existing Minecraft: Story Mode game, which is published for almost all available platforms, including Android, iOS and Apple TV. The current game on Apple TV is controlled by television remotes’ directional and select buttons, so we can assume that the Netflix version would follow a similar format, with points of decision-making combined with cutscenes.

Separately, we're thrilled to confirm that Telltale is developing a game based on Stranger Things that we'll publish to consoles and computers at a later date. (2/3)

Apart from Minecraft, an interactive series for the Netflix hit, Stranger Things, is now in the works. Fans of Stranger Things, prepare to explore the world of the Upside Down is a more interactive experience than ever before! With Telltale’s experience in crafting amazing narrative-based games such as Tales From The Borderlands and The Walking Dead, we have high hopes for this new format and game release.

Our partnership with Netflix is something we're incredibly proud of, and while we don't have anything more to share right now, we're excited to reveal details on these projects later in the year. (3/3)

“There’s a broad spectrum of entertainment available today,” a Netflix spokesperson comments. “Games have become increasingly cinematic, but we view this as interactive narrative storytelling on our service.”

Despite Netflix’s huge involvement in this partnership, a representative was quick to say the company does not “have any plans to get into gaming”.