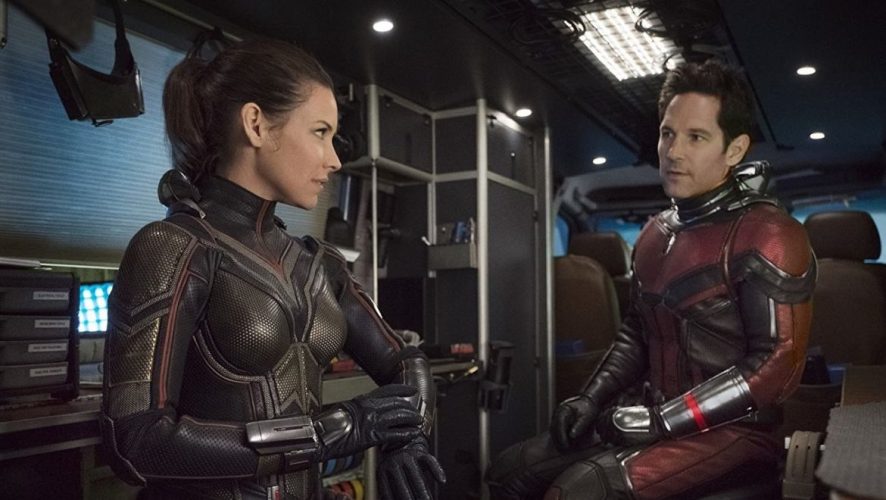 Prelude to Infinity War With Ant-Man, Paul Rudd, and The Wasp, Evangeline Lilly

It would be an understatement to say that the stars of Ant-Man and the Wasp would be feeling some pressure, since it’s barely been 2 months since the release and massive global success of Avengers: Infinity War.

Ironically, the 20th movie in the massive Marvel Cinematic Universe features two of its smallest heroes – Ant-Man and The Wasp, so the duo know the expectations set upon them. Appearing in Taiwan for a press conference and red carpet event, we had the chance to chat with them about all things big, and erm, small. 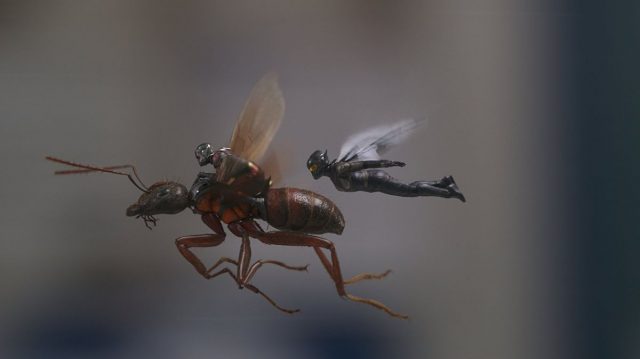 “If this movie flops, it’s my fault!” exclaims Evangeline Lilly, who returns as Hope van Dyne, taking on the role of The Wasp.

Pointing to co-star, Paul Rudd, “Because he’s proven that he can make a movie a success,” referring to Rudd’s well-received debut in 2015’s Ant-Man.

Rudd quickly interjects with “I disagree!”

“There’s so many things that you just can’t think or worry about, the only thing we can do is put everything into the movie that we’re making and the parts that we’re playing and hope for the best, because there is an innate pressure that if we start thinking about it, we’ll just collapse.”

Addressing the media in a round table, he explains, “We’re coming right off the heels of Infinity War. I think there are benefits to that too, because this movie has its own personality and while it exists in the world, it has a very different tone. It’s still a bit like trying to follow the Beatles!”

But despite the pressure, Lilly and Rudd are thrilled and honoured to be part of something so huge, and never anticipated their little movie about to be so loved. 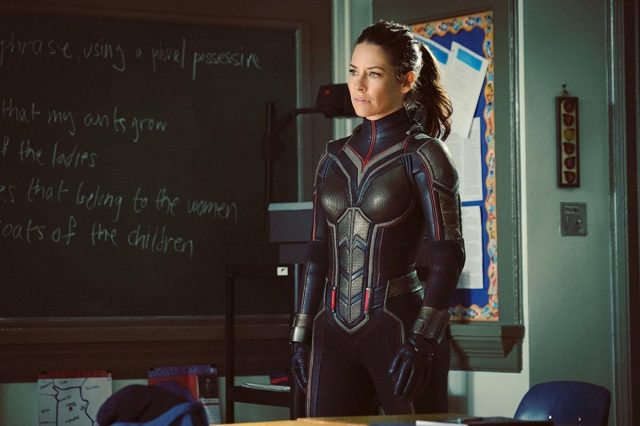 This is especially so for Lost star Lilly, who is actually breaking ground as the first female Marvel superhero to get equal billing in a MCU flick.

“It feels absolutely incredible. I am so honoured to be in this moment with the MCU, and I think it goes without saying that any one of the female superheroes in the MCU could rightfully have a standalone film. I’m just excited to be a part of that sisterhood and to represent, and to be there in the bill for the first time and hope that that is just the beginning of many many more.”

The TV star turned heroine is no stranger when it comes to playing strong female characters, having played both in TV series Lost and The Hobbit films. And while she does enjoy being a badass, and having a chance to boss the men around, a part of her wonders if these roles are attracted to her instead, considering her personality.

“I’m kind of a control freak in real life. I run my household, I run my husband, I run my children, I run my businesses. Sometimes I’ll read characters and I’ll think, ‘Pffft! Who would do that? Nobody would really do that.’ Well somebody would, I just maybe wouldn’t really do that. I think when I look at roles, I feel the need to relate to the character in order to believe that what she’s doing is authentic,” she elaborates, emphasising heavily on the need for the women she plays to make believable choices. 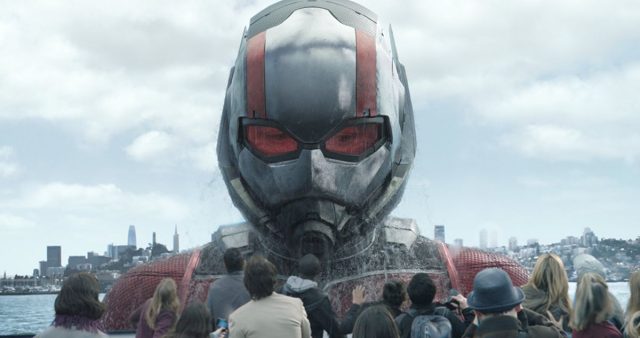 Another way the cast can relate to the film? Consider Scott Lang – part superhero, part dad, and Paul Rudd – part actor, part dad – it’s all about striking the balance between both lives.

“One of the most interesting parts about playing this character is the inner conflict that Scott experiences, having one foot in superhero-dom and another foot in being a parent. Those two things do not necessarily go together and it’s tough,” notes Rudd, as he describes the troubles of Scott deciding whether to be the best version of a superhero or a dad.

Drawing connections with his own life, Rudd says, “To wrestle with that is something I relate to, not in the sense that my other job is a superhero, but my other job is to sometimes go away and shoot a film or do work but my kids are in school, they’re in New York and I have to go to Georgia to film Ant-Man.”

Reflecting on Rudd’s previous roles, genres have ranged widely from comedy to drama, science fiction and now superheroes, and Rudd says that he never makes his choices based on genre.

“I like to do lots of different things, but I’m always open to going in whatever direction feels like it’s the right one to go to based on the material. I don’t get so strategic in choosing a genre based specifically on it being different from the one I just previously filmed. I only respond to the material and if it’s something that affects me, I would want to do it regardless of genre,” explains Rudd. 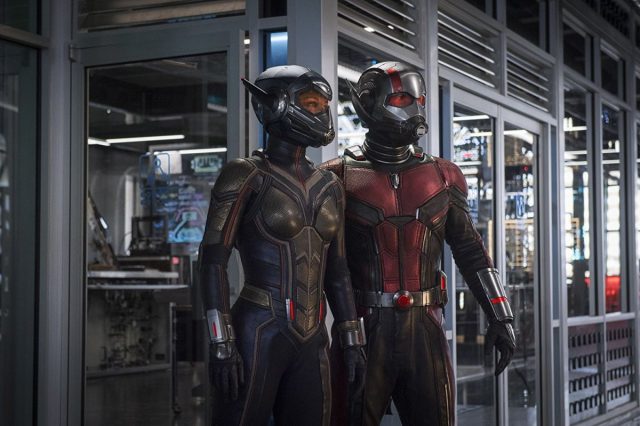 The villain in Ant-Man and the Wasp will be Ghost, a skilled hacker set on attacking oppressive corporations. While the original comic version is male, the MCU version of Ghost is played by Hannah John-Kamen, and this gender-swap is a change that makes Lilly especially proud.

“It’s being played by an incredible, beautiful, fantastic, powerful, intelligent woman, which is exciting because now we have a female villain and we have a female heroine, and we have other females which we can’t talk about!” she gushes, alluding perhaps to Michelle Pfeiffer’s debut to the MCU as Hope’s mother, Janet Van Dyne.

She cheekily continues with, “We’re all together in this movie and there’s this incredible feminine energy that, of course, Paul brings to Ant-Man and the Wasp.”

The room erupts with laughter as Rudd offers a bewildered smile and a “…Thanks?”

The chemistry between the two during the interview is electric, with Lilly and Rudd seeming like really good friends, which makes us wonder about how that chemistry will translate to Scott and Hope on screen.

Rudd reckons that there are “things about Hope and Scott that complement each other well” even though they are two very different people, and seeing how it unfolds is all part of the fun. 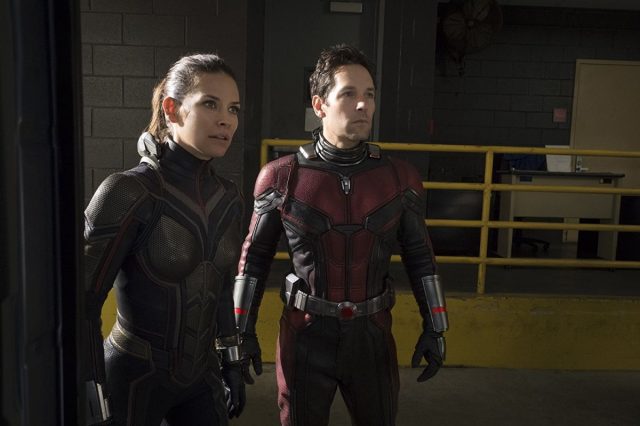 And in order for the competition between Scott and Hope to be fun to watch, Rudd and Lilly can’t be in competition, as according to Lilly, they are constantly supporting each other and having a great time on set.

“And then when the camera rolls, the insults fly!” Rudd cracks up.

Geeks might be happy to know that, turns out, Lilly might be quite the geek as well, if playing a Marvel superhero didn’t already hint at the fact. Have a think about this – If it was up to you, how would you imagine the Quantum Realm to be like?

If you can recall, the Quantum Realm is an alternate dimension, accessible only by shrinking sub-atomically like in Ant-Man or Doctor Strange’s Sling Rings.

Upon hearing the question, Lilly’s eyes widened, and exclaimed, “I imagine it being like this!” gesturing at the room animatedly. “For me, I kind of feel like we’re in the Quantum Realm, we just don’t know it. This is like a holodeck, a mental simulation,” she says.

A mind-boggling thought for sure, but admit it – we’ve all considered it at some point. Rudd was equally amazed by the prospect of parallel universes and simulations, with the conversation going off on a tangent into how they found quantum physics fascinating, and that the Quantum Realm “makes sense.” 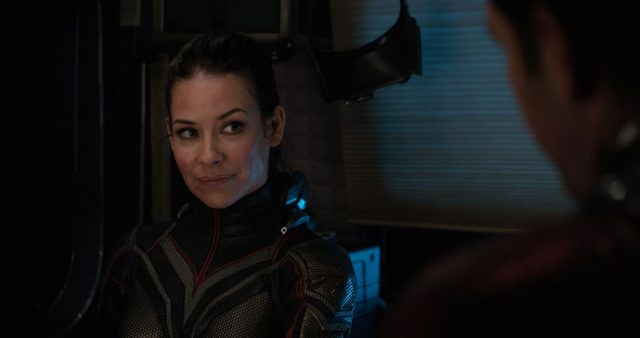 Lilly chimed in again, totally geeking out, “Have any of you read the His Dark Materials trilogy? I just love that notion that this is existing, and there’s a version of all of us existing in an alternate universe somewhere else at the exact same time. It’s all the Quantum Realm. It’s just – that’s where we are and that’s exciting to me!!”

Just listening to her talk about the possibilities made us excited; she was incredibly enthusiastic and interested in the subject. But moving on, another thing of importance to the two – humour in the MCU, and the care in which Marvel takes in making their films.

Rudd says, “I think that to me, the most important element of any film, regardless of genre, is the characters and their relationships to one another.” He believes the special thing about Marvel films is that the team, led by Kevin Feige, truly care about the characters, especially since they are big fans themselves. 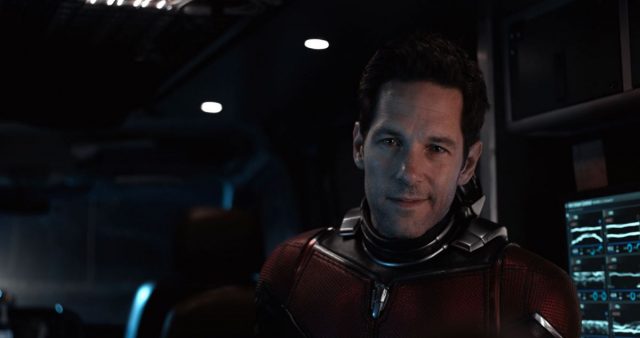 He finished with, “I think that Marvel has done a really good job in creating superheroes that are flawed, human, and empathetic that you can relate to even if their abilities are so out of the norm for any regular human being”

Well what can we say, we definitely care about these characters, and it certainly helps that the people playing them are so sincere and invested in their stories. Catch Paul Rudd and Evangeline Lilly in action in Ant-Man and the Wasp, out in theatres in Singapore on July 4, 2018.