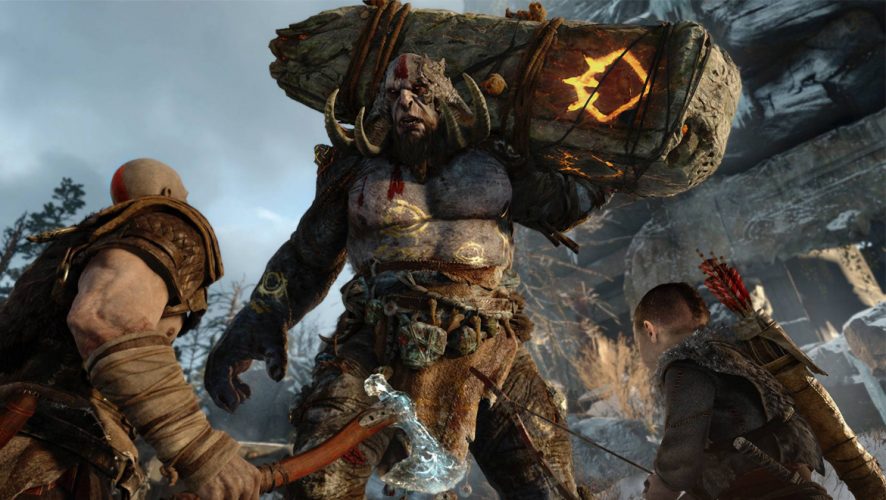 This week in Los Angeles, Microsoft said it will launch a new Xbox One S later this year, with a more powerful one in 2017. I don’t remember much else of their E3 press conference. Do you?

While the Nintendo Wii did well across the region, the Wii U has not been released in most countries across Southeast Asia, which automatically makes the core audience for any Nintendo game very small.

Which leaves gamers with Sony and I bet you remember a lot from the Sony E3 Press Conference of 2016.

Did your eyes widen when Kratos came into the screen during the start of the event, when the first extended cut-scene for a totally awesome God Of War was shown?

Or were you left breathless with the beauty of Days Gone?

And I bet you cheered when Sony finally announced October 25th, 2016 as the launch of The Last Guardian, a game that as of last year, was believed by many to never see the light of day.

But my experience with Sony’s impressive press conference started about 2 hours before that, when I entered the outdoor premises of the Shrine Auditorium a little south of Downtown Los Angeles, and wondered what Sony, who always has the honour of being the last company to hold a press event on Day 0 of E3, was about to announce.

It’s always good to go early to Sony’s E3 Press Con, because they do one thing best – they feed their guests. In previous years, when Sony held their E3 event at the larger Los Angeles Memorial Sports Arena, the company was known for deploying numerous food trucks outside the stadium, where they fed guests with fried chicken, steak sandwiches and bacon ice-cream.

The smaller Shrine Auditorium, which Sony also used in 2014, is much smaller, but Sony didn’t have a choice, as the Arena is being rebuilt. Instead of food trucks though, Sony had a caterer serving fried chicken sandwiches, roast beef, steak tacos and chicken burgers.

And as we waited for the doors to open, we talked about what Sony would announce. We should have just enjoyed the food because none of the expectations and theories I heard outside the Shrine Auditorium matched the announcements within.

The sight of an orchestra pit filled with instruments was a sign that this would be something different. The giant red curtains covering the stage seemed to be hiding something extravagant and when the epic music started playing, with hints of majesty, epicness… and Crash?

The the music cut off, and the video played. The stage itself was turned into a massive screen, because as the video played on the screen, the surrounding areas of the stage was filled with projected images. Suddenly, the entire stage became the hut, and the forest on screen spilled over to the stage.

And for the next hour, Sony simply bombarded the audience with video after video of games, games and more games.

One guy, aside from Hideo Kojima, came on stage for maybe three times throughout the presentation, but for the most part, he left the press con to the footage. Did the audience wonder what some of the games were? Sure. Did we love that there was no talking suit coming out on stage, to introduce us to yet another talking head? Of course we did.

Sony took all that it had up its sleeve, and threw it at the audience and we loved it. There was no need to talk about hardware, or see gaming execs pat themselves on the back on stage, for giving a wonderful presentation. There was no need for a teleprompter because what needed to be said was shown instead.

Along with everyone else in the auditorium, I cheered and clapped when familiar names such as Resident Evil, Spider-Man, Crash Bandicoot, Batman and Hideo Kojima came on stage. Sony was showing us the future of the PlayStation 4, and it was one that still included the current PlayStation 4.

Gamers were on hand to see where their investment, which in this case was a PS4, was headed and they got their sweet returns. Sony used it partners to do their talking, and they brought in the one and only Hideo Kojima, as only Sony can.

And it was in-between the quiet moments that the company interrupted the presentation, to remind us that the PS VR, along with The Last Guardian, has been dated and priced.

Sony won E3 this year, and last year and the year before that because, like Apple, it found a formula of giving consumer what they want, and they are sticking with it. It’s surprising that three years after its failed Xbox One presentation, Microsoft is still picking up the pieces at E3.

It’s not that we don’t care about a new upgraded console, or new controllers or the Xbox Anywhere features, but that’s not the reason why we buy games. We buy a game because we love Batman. My friend follows everything Final Fantasy game, good or bad. If I don’t play horror games, no amount of persuasion will make me pick up the game and Sony knows it, so it is working hard to link my love for Resident Evil with horror games, and making sure Resident Evil wins.

A new controller or console is merely a tool to grant me access to the games I love. And while Zelda is a great franchise, it might not be a good enough reason to make anyone buy a console.

So until Microsoft starts focusing on their gamers, Sony can do no wrong.