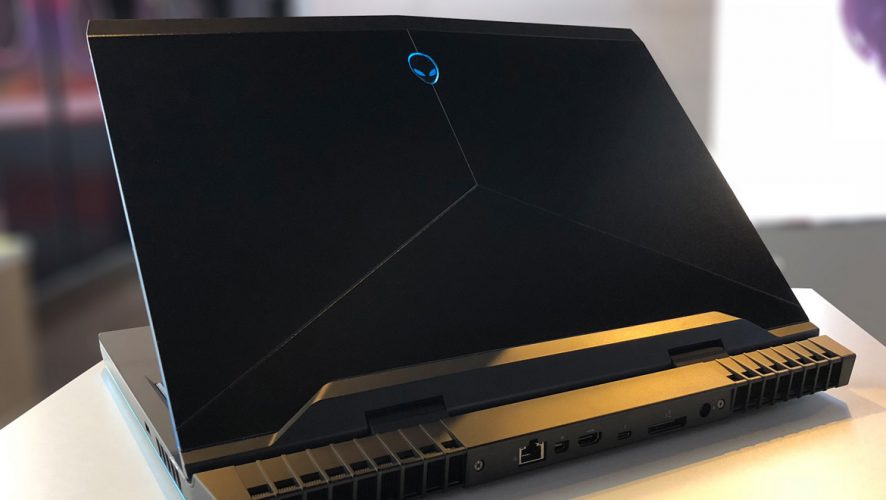 Debuting at PAX East this week, we see Dell’s take on updating their laptop lines with Intel’s new Coffee Lake chipset. There are a total of  7 new laptops being released: A update to the Alienware 15 & 17, the debut of Dell’s G Series laptops and a refresh to the XPS family.

High performance gaming demands the latest and greatest, and it is no surprise that Alienware, Dell’s gaming division, has jumped straight on the bandwagon to put Intel’s latest i9 processors into their product lines.

In comes the refreshed Alienware 15 and 17,  although its exteriors do not look very different from the previous versions. They are still spaceship-looking, thick and and heavy. Alienware is obviously not aiming to be part of the wave of ultraportable gaming laptops like those offered by ASUS and Gigabyte, instead they are carrying on their reputation for building high-performance desktop replacements (that could be mobile too).

Both laptops can be configured with a variety of options, with the main choices being the CPU and GPU. The new Intel i9-8950HK is featured in both machines, and some users out there might be having a grin on their faces upon hearing that. Apart from having 6-cores, running at 2.9GHz, the “K” in the name also denotes that the chipset is unlocked and overclocking is an option. GPU options are available up to a desktop-grade GTX 1080 OC, with AMD’s RX-series GPUs available as well.

To prevent all that hardware from getting lit (in the wrong way), Alienware also released Cryotech 2.0, which is a bespoke mechanical cooling solution, with 50% thinner fan blades and a vapour chamber on the CPU. Alienware claims that with the improved thermal solution, it would result in the user being able to overclock the i9 processor up to 5.0GHz on a single core.

The new Alienware 15 and 17 now comes in an Epic Black colour option, along with their iconic Space Grey aesthetic.

Along with the Alienware refreshes, Dell has launched the new G-series gaming laptops, which is a replacement for their own Inspiron Gaming line of products.

The G-series has 3 different laptop lines under it, the G3, G5 and G7. The G3 comes with a 15-inch or 17-inch configuration, while the G5 and G7 come only in 15-inch variants. All the 4 laptops will come with the new i7 hexa-core chips, with the exception of the G7 being able to be configured with an i9 chipset.

The entry level G3 starts with a base option of being equipped with a GTX 1050, but can be upgraded to a GTX 1060 Max-Q. It is also noteworthy to say that the G3 is Dell’s thinnest gaming laptop manufactured to date, at a height of 22.7mm. 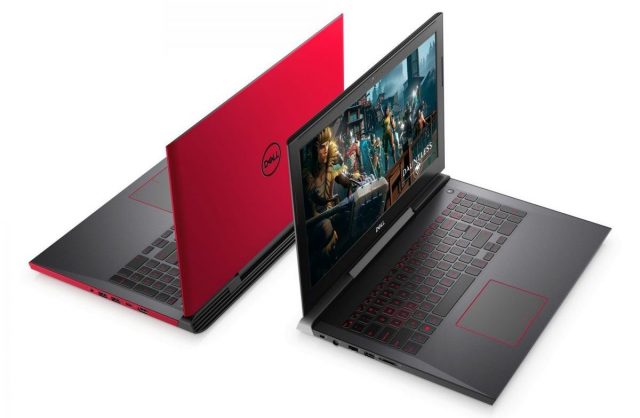 For users wanting a more immersive gaming experience, the G5 and G7 would be better suited. The G5 is configured with a GTX 1060 Max-Q, and sports larger cooling vents, contributing to its more aggressive design. There is also an option for upgrade to a 4K display.

The G7 is at the top of the line, but its only difference from the G5 is that it is able to support the powerful i9 chipset.

All the G-series laptops come with easy-to-open bay doors, for easy servicing or upgrading.

The last of Dell’s laptop updates come to the XPS line, which has always been their flagship laptop series.

The XPS 15 is refreshed with the 8th-gen processors and now supports up to a GTX 1050 Ti. It keeps its gorgeous 4K InfinityEdge touch display and maintains its ultraportable form factor while coming in a new Platinum Silver exterior.

A more anticipated product launch would be the XPS 15 2-in-1. Originally showcased at CES 2018 earlier this year, it took home more than 34 “Best Of CES” awards.

It maintains the form factor of the XPS series, with the same 4K InfinityEdge touch display and measuring only 16mm thick. At the same time, it is able to be used in multiple ways, a la the Lenovo Yoga Series.

The new Alienware and G Series laptops are now available globally through Dell.com, with the new XPS releases being available from May 2018 onwards. 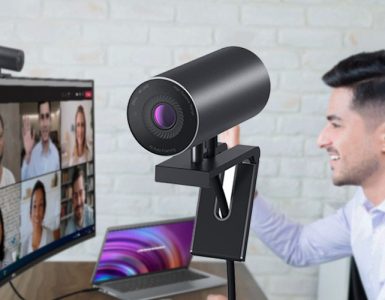 Looks like Dell is entering the webcam market as well.