A while back, we heard news that ANA’s new R2-D2 aircraft was landing in Changi Airport, and they were organising a contest for a few lucky fans to spend some time on the plane, in the luxury of business class.

But it seems that ANA’s plane won’t be the only Star Wars aircraft to land in Singapore.

The folks at Changi are preparing for two of the starfighters from the iconic film series to arrive here for the very first time on November 12. From what we understand, there will be an X-Wing landing in Terminal 3, and a TIE Fighter in Terminal 2. Both will be on display up till 5 January 2016.

And no, this is not a scale model, or a mock. We are talking about a full size X-Wing and an almost life size TIE Fighter, complete with a one-time launch parade.

But the bigger question is, which TIE Fighter and which X-Wing are coming? Are we talking about the starfighters from the original trilogy, or the new, modern ones from the upcoming movie?

Now, no spies died trying to get us this information but from what we’ve analysed, we think that it will be a life size Resistance X-Wing and the First Order TIE Fighter. Given that we’ve only seen snippets of both starfighters in the trailer and leaked images, this will be the first time that fans can get (sort of) up close and personal with the new modes of transport in a galaxy far, far away.

How are we sure? For one thing, Changi Airport’s Facebook page left us a huge The Force Awakens hint with this post.

And here’s the biggie. Our spies have said that there will be an unveiling session at Changi on 12 November, from 11am. The festivities, which we bet would include appearances from Stormtroopers and perhaps many more costumed characters from the beloved franchise (Kylo Ren and BB-8 perhaps??), will move from Terminal 3 to Terminal 2, so your best bet would be to bring a camera, some long lenses and secure a space at the viewing lounge in Changi Airport. The 501st Legion is obviously keeping a close watch on these developments.

But hey, you can come and recreate the ending scene in Empire, where Luke, Leia, C-3PO and R2-D2 look on, as Lando and Chewie take off in the Falcon, in search of Han. They want to be on that ship…. but no, they can’t and neither can you.

Want a sneak peek at the construction at Terminal 3? 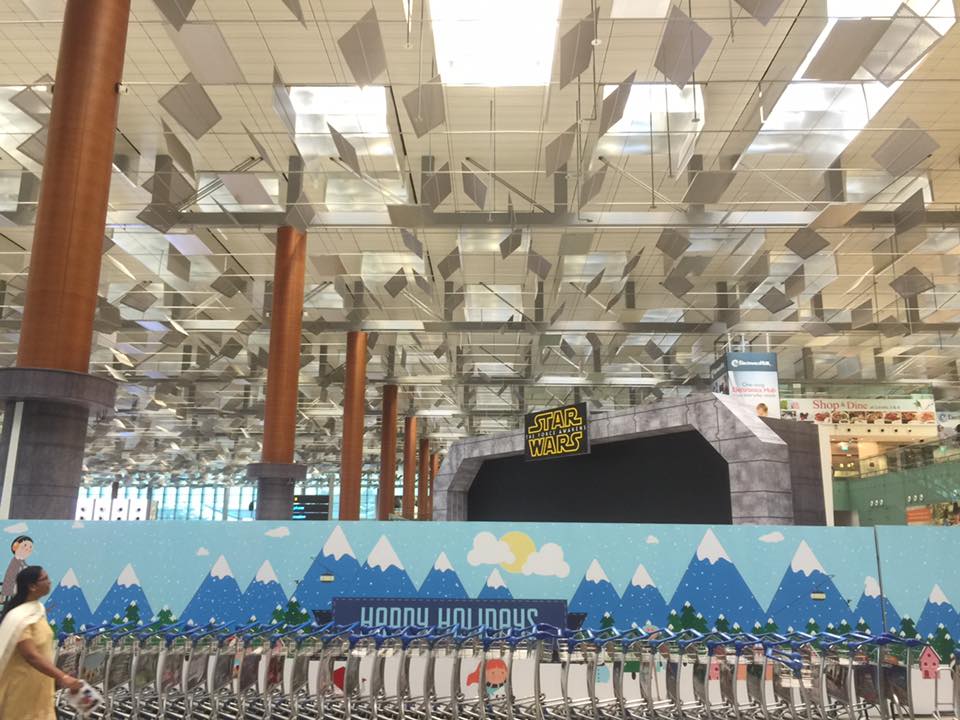 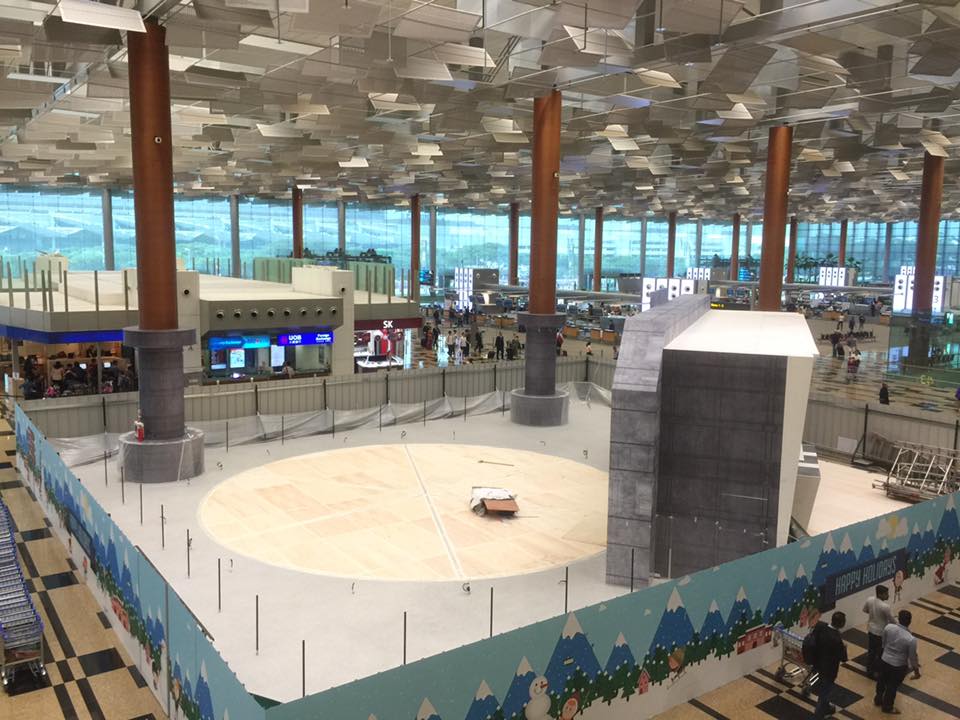 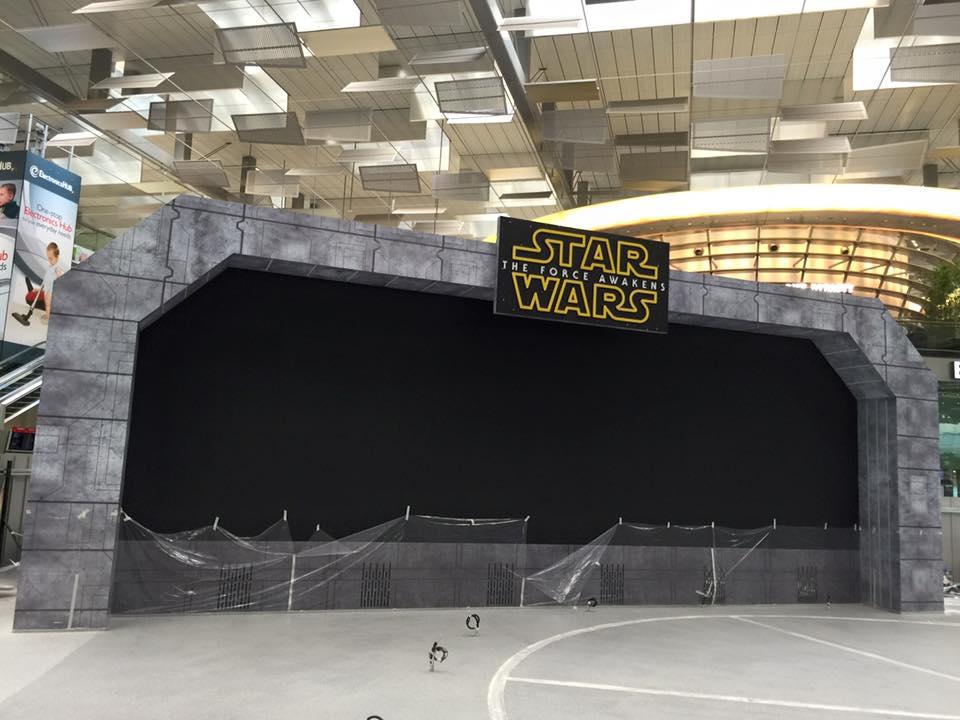 First sighting is in!

Our fans have sent in cool pics of the TIE being set up and it looks AWESOME! 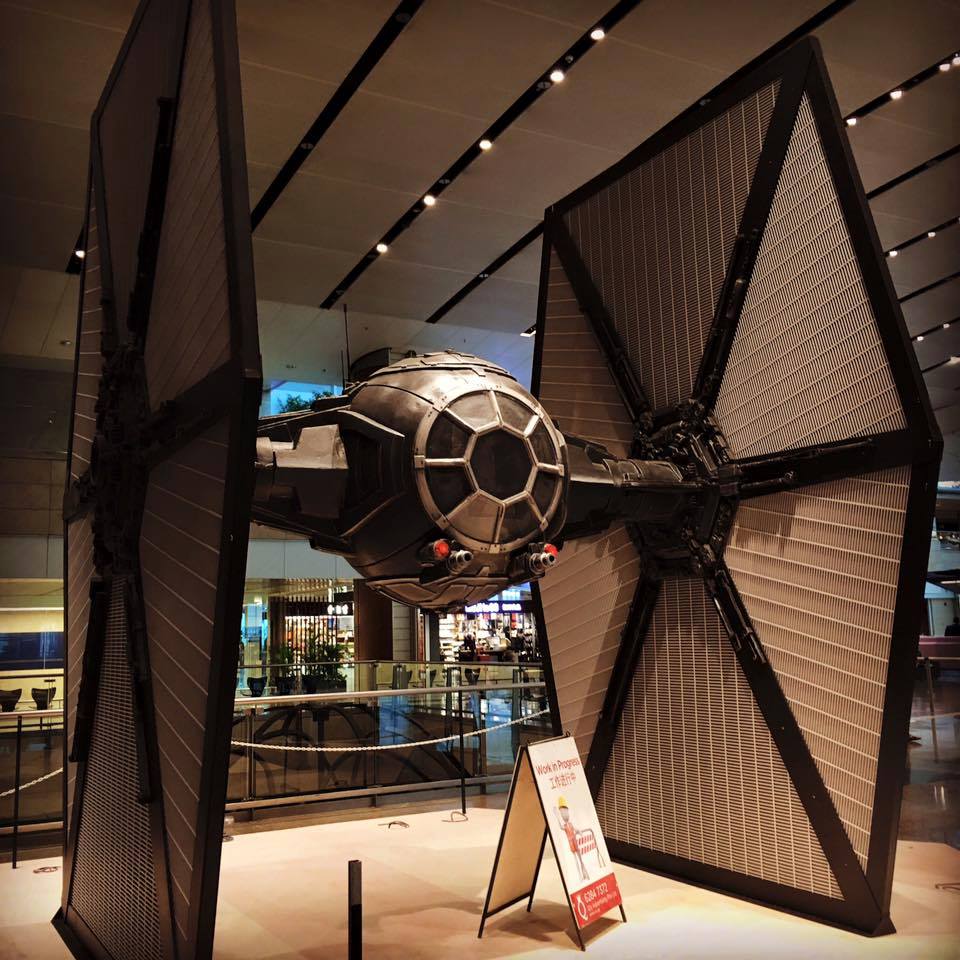 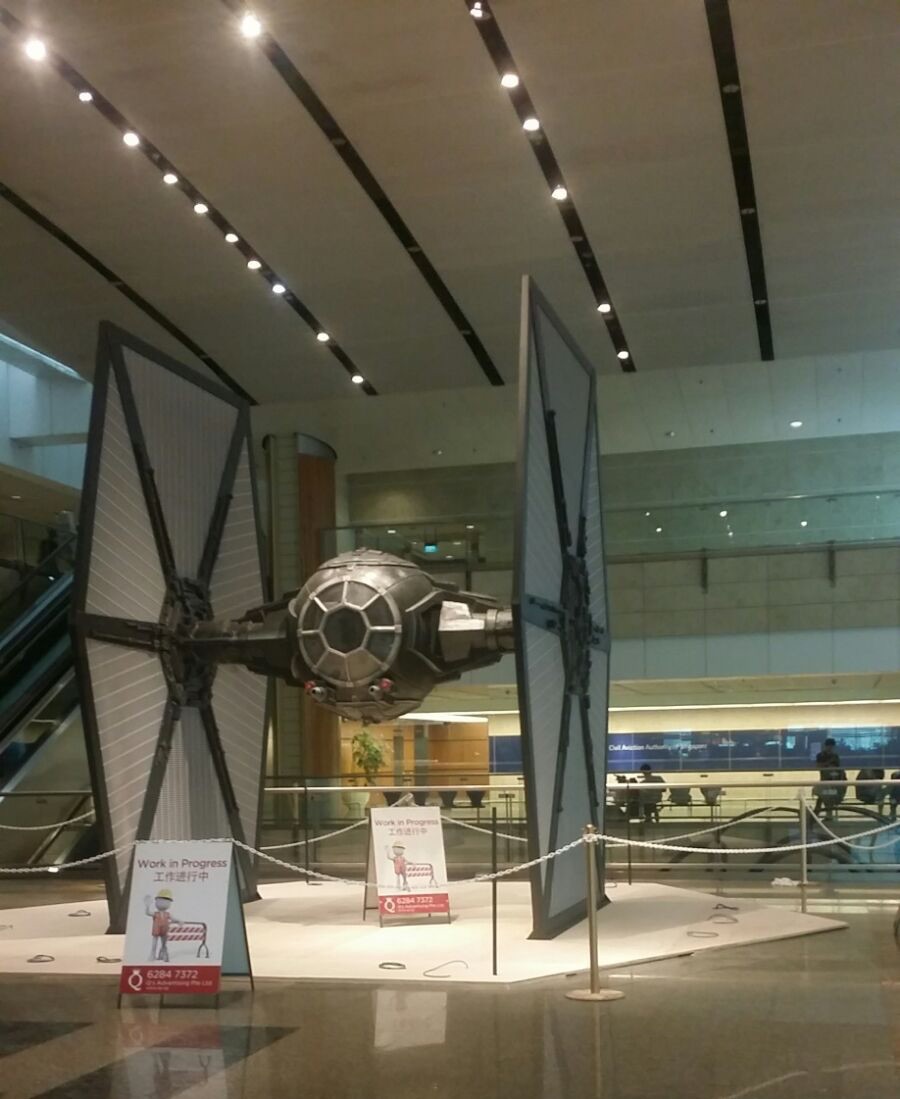