Over the span of three films, it is no secret that Keanu Reeve’s John Wick likes to kill people. In fact, he has more victims than horror movie icons Jason Vorhees (Friday the 13th) and Michael Myers (Halloween) combined.

Sure, the genre of the John Wick movies are all action rather than horror, but that does not stop the franchise from feeling like any less like a modern, action movie equivalent of an 80’s slasher horror movie. With John Wick just like an unkillable boogeyman that dispenses his prey in many interesting ways. Case in point, Wick straight up hurls an axe into a guy’s head in Chapter 3.

First released in 2014, John Wick has slowly evolved to become one of action cinema’s most famous characters, and one of Reeve’s career-defining character, with The Matrix’s Neo being another character Reeves is highly known for. The combination of well-choreographed stunts and compelling narrative that grows with each instalment is what helps set John Wick above the other action movies realised today.

In fact, the third instalment in the action franchise has currently earned US$292 million in the worldwide box office.

According to Bloody Disgusting, the hitman nicknamed ‘The Baba Yaga’ has killed a total of 306 people across his three films, with 84 kills committed in the first film, 128 done in the second, and 94 in the third.

This essentially means that he has a combined kill count that is higher than both Friday the 13th’s Jason Voorhees, and Halloween’s Michael Myers who have killed 157 and 140 victims respectively.

This makes their kill count a combined total of 297 across 23 movies, just a little short of Wick’s 306, across a mere 3 movies.

Though what is truly impressive is how Wick has beaten the two slasher icons with the highest body counts with a mere three films. With an average kill count of 102 people per film, John Wick is well on his way to a kill count that may exceed the 400 mark by the time John Wick 4 is over.

Guess we can only wait for the release of Chapter 4 on May 21, 2021, to find out just how many new victims will Wick the Boogeyman claim. 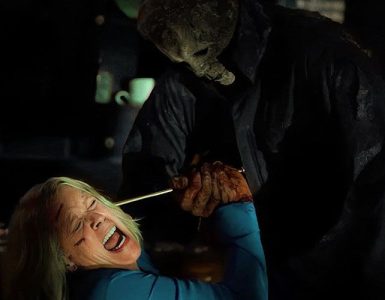