Speaking strictly as an original, original fan of John Carpenter’s independent cult horror classic, Halloween circa 1978, my gut reaction to this official, no-bullshit sequel is – seriously, did we have to wait 40 years for this? 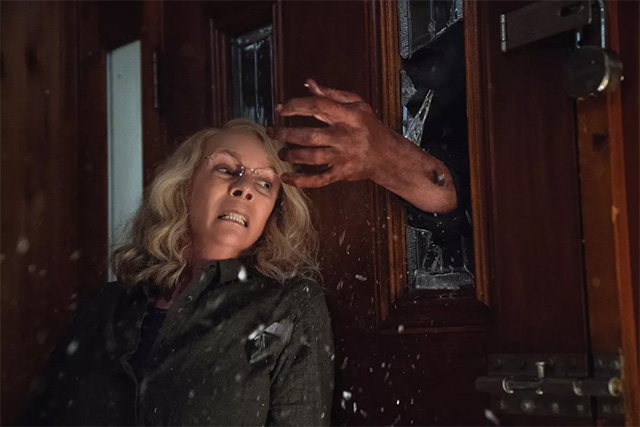 There is a definite sense of fear and dread in the way the big masked mute pops out of the shadows, to calmly pursue random people to snuff them out like an uninvited house cleaner.

I mean, man, this brute can literally pin a guy decoratively to the wall, like a painting hung with a very sharp knife.

But in some parts, this movie could have been so much better.

And given its rich legacy, and pretty substantial prep time of four whole decades, this story should’ve been less by-the-formula predictable, and really could have – excuse the pun – truly killed.

Okay, except for its ending which is sort of half satisfying and yet half unsatisfying, due to an unlikely twist. Everything comes to a head in a basement panic room which just seems about as smart as fighting a ferocious tiger in a tiny cage. But at least there were guns.

I’m not going to reveal anymore for my own personal safety in case you rabid fanatics are holding scary serial-killer axes. 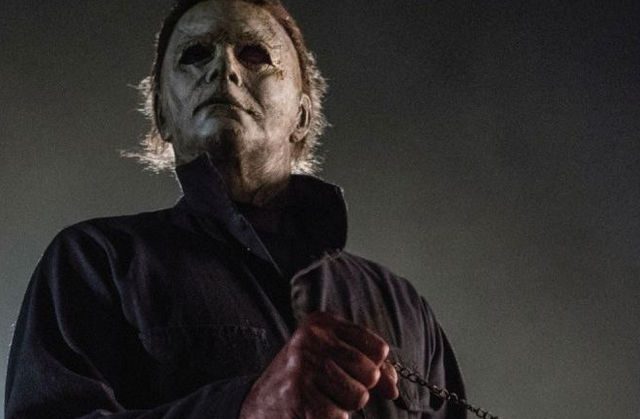 As you probably know, I also say “original original Halloween” because there have been a lot of fake, semi-fake and quasi-fake reboots. While the franchise spans several sequels and two reboot films, Halloween (2018) ignores all of that, and serves as a direct prequel to the original classic. Laurie and Michaels are not related, and Halloween: H20, along with its disastrous sequel, never took place.

Even though Michael Myers was never caught in the original film, this sequel establishes that he was apprehended then, and has been committed into an asylum all this while.

And there nothing more beautiful than seeing Jamie Lee Curtis return to the role that defined her, and made her the iconic Scream Queen from those 1980s slasher-horror flicks, like Prom Night, The Fog and Terror Train. If you ask me though, I think Prom Night was her best scare fare.

Her reunion with Michael is also important, because director David Gordon Green (Pineapple Express, Stronger) went and tracked down Nick Castle, a guy who’s now 71 years old, and was specifically re-hired to show up a bit in person here and basically re-do the signature heavy breathing of old Mike from the first movie all over again. And one face-to-face scene with Laurie. 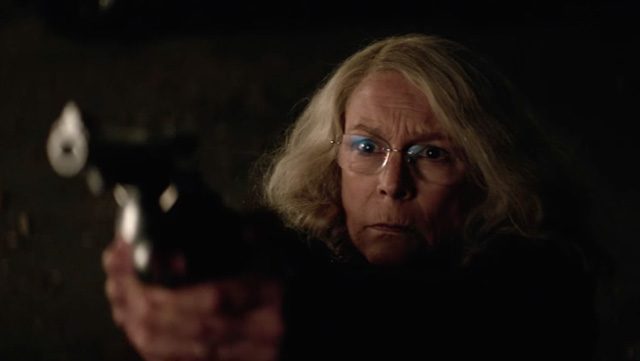 Just so you know, Castle, despite playing an all-time iconic sicko, is actually also a multi-gifted writer-director who helmed 1993’s Dennis The Menace. Which means he really knows a thing or two about terrorising people.

Laurie is of course very much older, with unkempt grey hair befitting her status as the town’s Crazy Old Bat and resident warning bell who’s still so traumatised by Maniac Mike, that she shoots mannequins for target practice in preparation for her inevitable showdown with her arch nemesis in a hell-to-pay reckoning.

The principal thrill in Halloween is, of course, Laurie taking on Michael one more time in a way that if they were locked mano-a-mano in a romantic When Harry Met Sally situation, their love child would be the Son Of Sam with a vengeful stare borne straight out of righteous stop-stalking-the-heck-out-of-me female fury.

In fact, since this is Halloween in the age of Me Too, three generations of Strode women – Laurie, her mildly timid daughter Karen (Judy Greer) and teenage granddaughter Allyson (Andi Matichak) – are lined up to confront relentless predator Michael as though he’s Harvey Weinstein with a kitchen knife. I say go for the kill. 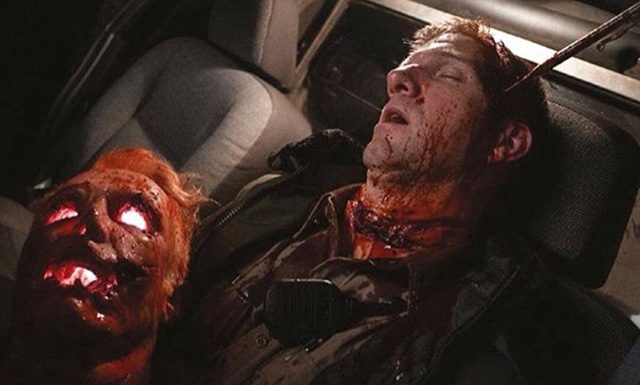 For this meaningful gender war to occur, Michael, incarcerated for 40 years in a loony-bin prison, escapes from a convict-transport bus crash, to basically make a beeline towards the fortified Strode house while terminating a collection of hapless supplementary folks from dumb kids to dumber cops along the way.

Best of these kill-capades – a tense prolonged attack at a gas station washroom on a pair of nosy reporters just asking to be slain mercilessly, after they suicidally poke the bear by trying to interview Michael for their podcast on mad killers.

Boy, that’s a good unnerving sequence as are the scenes when Laurie is within shooting and grappling distance of Michael, although you know that the poor woman is clearly outmuscled against the big beast in any MMA match-up.

But you really give high marks for her fierce determination and you do dig the hardened steel in her eyes, as Laurie protects her brood as hunter-protector-spook alarm system which no one, especially her daughter Karen, seems willing to listen to.

I mean, this dude is so dangerous and nobody has even called in the Marines? Didn’t anybody see any of the previous 10 Halloweens? And here is where Halloween (2018) gets so frustrating. 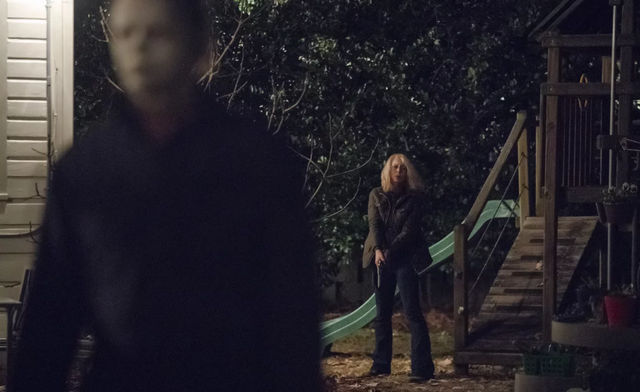 You want to go nail the monster with Jamie Lee “All Business” Curtis. But you also want to hit Judy “Mousy Mom” Greer for playing such a lame-ass weakling, despite her mother’s attempt to toughen her up as a child with essential shooting lessons straight out of the NRA survivalist handbook. And in the weird twist, the one person who ought to have faced Michael, but escape, was a person that didn’t deserve to survive.

There’s a reason for this unbalanced portrayal of a mother-daughter team here, but it’s also what makes this Halloween now a great kick for some and a soft punch for others. The creators of this reset series claim that they have a sequel in mind, despite the ending so here’s hoping they get smarter the next time around.

Halloween (2018) is a faithful sequel to Carpenter’s classic, but it also puts a more modern spin on things. We just wished that folks aren’t still depicted as simpletons because the audience deserves slightly better.