It’s official — Horizon Zero Dawn will be making its way to PC on Summer 2020.

First leaked on Amazon last month, it was confirmed by former Guerrilla Games managing director and current Head of PlayStation Worldwide Studios, Hermen Hulst, in a recent interview on the official PlayStation website. Though he didn’t specify exactly what date the game will release, he did indicate that Guerrilla will announce it “pretty soon”.

Previously, the 2017 game was launched as a PS4 exclusive, but this year it will be the first-ever PS4 exclusive title to launch on a different platform. Despite this leap from PlayStation 4 to PC, Hulst maintains that Sony won’t port all of its exclusive games over to other consoles in order to remain competitive in the market.

As such, don’t expect the likes of God of War, Marvel’s Spider-Man or The Last of Us to make their way to other platforms so soon.

“I think it’s important that we stay open to new ideas of how to introduce more people to PlayStation, and show people maybe what they’ve been missing out on,” said Hulst in the interview. “And to maybe put a few minds at ease, releasing one first-party AAA title to PC doesn’t necessarily mean that every game now will come to PC. In my mind, Horizon Zero Dawn was just a great fit in this particular instance. We don’t have plans for day and date [PC releases], and we remain 100% committed to dedicated hardware.”

Interestingly, Death Stranding, which also first released on PS4 exclusively (but is technically a Kojima Productions game, not a first-party Sony game) back in November 2019, will also be releasing on the PC this June. Another big-name PS4 timed exclusive is Final Fantasy VII Remake, which will end its exclusivity in March 2021.

In any case, the product page for Horizon Zero Dawn: Complete Edition is already up on Steam for PC gamers to add to their wishlists. No price nor physical editions have yet been announced.

Meanwhile, a sequel to the original game might be in the works. 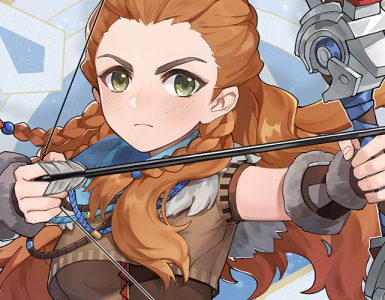 PS4 and PS5 players get first dibs before everyone else.

Playing Steam games on the fly is no longer a dream.

RTS fans, you have something to cheer about next year.