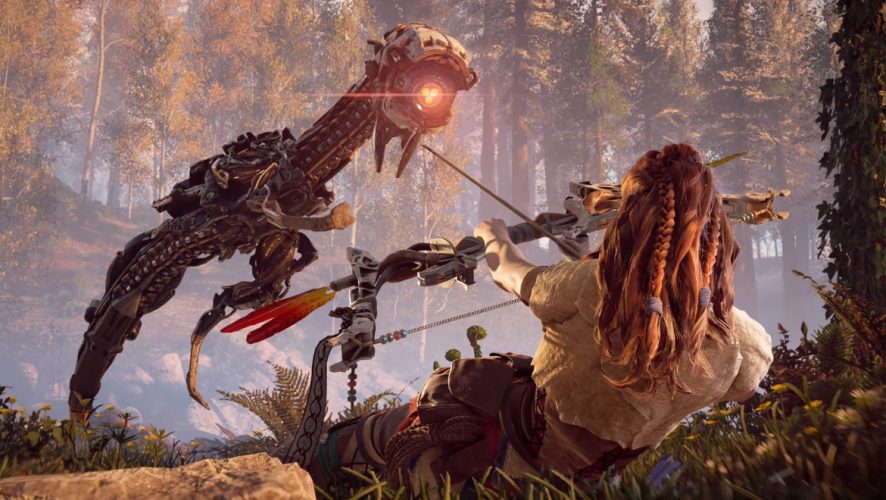 As a action role-playing game, Horizon Zero Dawn (HZD) feels like a culmination of all the great design mechanics and ideas developed for the genre over the last few years. It plays great, is downright gorgeous, and in protagonist Aloy, we have one of best character debuts of what is, hopefully, a permanent fixture in PlayStation’s history of awesome characters.

The game is set in a different kind of post-apocalyptic world that sees human and machines interact, but in a lush, vibrant, green open world that surrounds you at all times, enveloping what we call modern civilization. Towering trees dot the landscape, with equally impressive dinosaur-robot hybrids roaming the wilds. Forget the dark, dystopian outlook that often accompanies such settings, the world of HZD is a star on its own.

Technology is equally feared and revered here, and what stands out is the implementation of HZD’s dynamic day-night cycle, which, while not the first of its kind, is done so well here that it makes the game so beautiful. If you have a 4K TV and are holding back in getting a PS4, this game will change your mind. 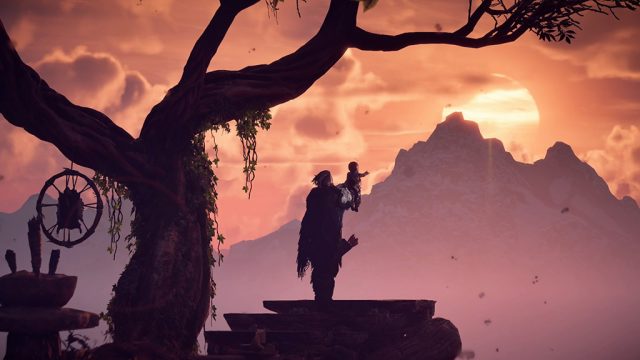 The story of HZD is all about Aloy, and the part she plays in shaping this world. Born as an outcast of the Nora tribe and taught the ways of survival by her father figure, fellow outcast Rost, Aloy grows into a fearless, independent, and powerful individual. She’s instantly likeable, and you can’t help but admire this character’s growth, and marvel as the various aspects of a wonderfully realised character come to light during the course of the game.

Conversations with other characters capture her personality, as Aloy can be fierce, smart, or kind, and you’ll believe that when she says something, she means it. The development of Aloy is, and remains a huge part of the success of HZD.

The Nora are a matriarchal tribe, and live amongst the remnants of discarded technology. They keep mostly to themselves, and have an unwavering belief in the All-Mother, or Mother Nature who has claimed back what is rightfully hers. Aloy exists in between two worlds – one steeped in her Nora roots, while the other as an outcast whose fascination with the old world drives the story ahead, in the pursuit of the truth behind her origin. 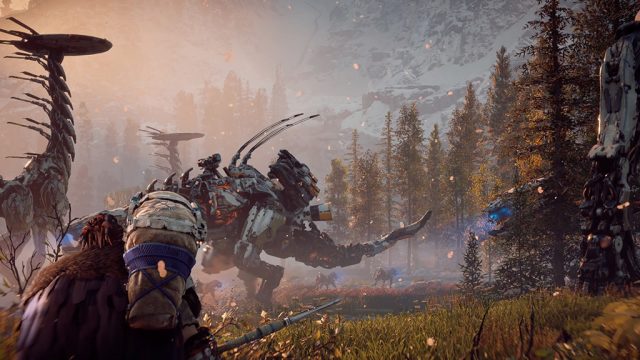 Hulking machine-like animals prowl the lands outside, dangerous but also in possession of the crucial materials needed for upgrades and crafting. They definitely have a hand in building this new world of HZD, and the mystery of where such technological marvels originate is just one of the amazing tales players will explore, while trekking through a huge open world.

All these side stories combine well to flesh out the in-game world, and build a strong foundation for the main event. Who Aloy is, what part does she have to play and who her mother is, forms the ultimate goal of Aloy’s and the player’s quest. This interesting dichotomy between nature and man, and the relationships with technology make for a compelling narrative, and preps the stage for Aloy to shine like the star she is.

The robustness of HZD’s combat is impressive for Guerilla Games’ first foray into a third-person action role-playing game. Together with a deep crafting and upgrade system, Aloy will wield several weapons, level up and learn useful skills, and don all kinds of armour to survive the harsh wilds. The addition of modifications also help differentiate your Aloy from another, so find the playstyle that suits you and never fear of being ineffective in combat. 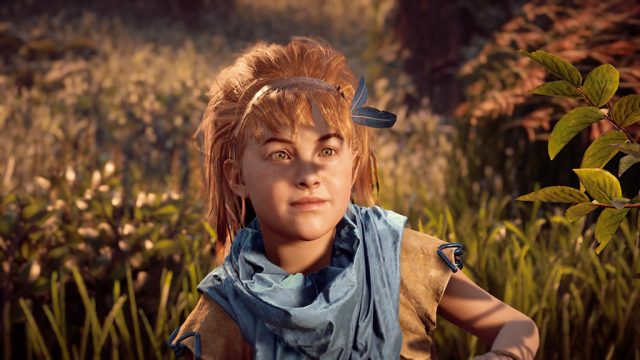 The good selection of weapons available at Aloy’s disposal are seemingly suited for whichever combat situation comes up, whether it be against the small velociraptor-like Watchers or the humungous Bellowbacks. Shoot at them with your bow, use elemental arrows, or set traps to lure a curious machine in and bring it down, the possibilities are endless! Aloy also handles like a dream – sliding, rolling and jumping- she is a bonafide badass. There are also plenty of areas for you to climb, a system that should be familiar to anyone who has played either the Uncharted series or the Tomb Raider reboot. A height advantage always provides you options, either to scout the enemy or unleash a devastating deathblow from above.

Speaking of the enemy, the design of each and every machine is outstanding, bringing to life to otherwise soulless adversaries. They display fear like wild animals do, but can be terrifying and vicious if you overstep your boundaries. The machines are not your friends, but can be made so once you gained the ability to override their programming, you can even use some of them as mounts! 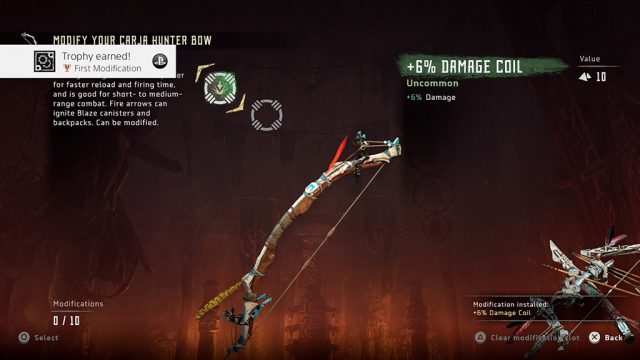 As mentioned, the open world of Horizon is massive, and better yet, seamless and uninterrupted. There are no loading screens save for when you perish or fast travel from campfire to campfire (which also acts as save points). Littering the world are side quests, stories, and collectibles galore for the completionists to find and gather. Players will often find themselves just wandering through the varying biomes of this world, and staring in awe at what the developers have achieved with this gem of a game.

Aloy’s journey of 30-odd hours is a perfect example of when everything just falls nicely into place. With an engaging story driven by one of the best characters in recent memory, and a gorgeous world which encourages exploration and plenty of action to keep you occupied, it is instantly familiar but oh so refreshing. You would be remiss to pass up on what could be the next incumbent franchise for years to come, Horizon Zero Dawn notches up yet another win in PlayStation’s strong start to 2017 after Nioh.

If we needed one game to start 2017 with a bang, Horizon Zero Dawn is the cream of the crop, and I wish I could relive it over and over again.