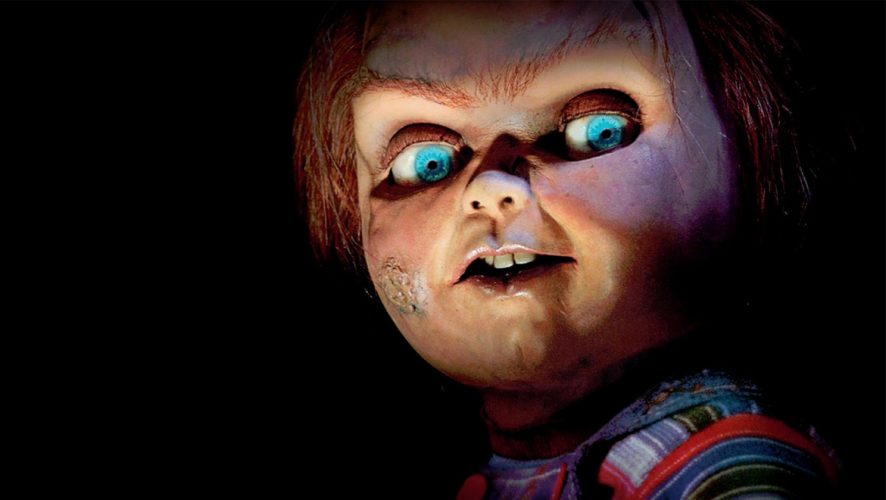 With Halloween around the corner, we thought it might be a good idea to put together a quick list of scary movies that sent the shivers down our spine. The definition of scary might differ between each individual but we’re certain that most bases have been covered here.

Drew: What makes Scream such a great Halloween party movie is that it’s equally fun and scary.

The insightful references to horror conventions are laced over a solid horror plot that would’ve worked if it was played straight as well, which is why this movie was such a solid package and a success.

While the sequels were gimmicky and weak, this original was a great movie that wasn’t matched for its masterful blend of horror and self-referential comedy until Cabin in the Woods came out 16 years later.

Ole Jacob Øverseth: Honestly speaking, Friday the 13th was a terrible movie by any standards but amazingly the name stuck and the series certainly had its ups-and-downs right up to today.

I remember watching this on TV as a kid and was totally freaked out by the end of it. The most positive outcome was that I certainly learned not to enter cabins and stay there after dark. Cabins are always bad news..

Gerald: For some strange reason I recall watching many times when I was a kid and it was by far the only flick that caused me to develop a fear for an inanimate object in the real world. That was until the Ring came out, and that made going to the bathroom an uncomfortable affair.

With Chucky, I developed an aversion towards dolls (and I still do) if it looks remotely lifelike, please keep it away. It was also the first movie that I realized that adults were pretty crappy against the supernatural. This was confirmed after watching the Shining and It later on in my life as well.

One thing that I couldn’t figure out was how could a doll move so fast and take so much punishment? If only the toys in the real world played as well. And I’m sure that Chucky only had 4 points of articulation!

Michael: The twisted love Story of a girl who can’t decide whether to sleep with an animal or a dead body. This movie trilogy features Halloween favourites like werewolves and vampires, but in a different light. Vampires now sparkle in the sun and werewolves seem to love putting on extremely tight denim shorts. The biggest horror for males lies in the overly exaggerated romance plot between college girl and two supernatural beings.

Yonk: Remember that calm before the storm? In Alien, the calm is a good 45 minutes of nothing as the crew of the Nostromo descend on an alien planet, only to bring back the perfect alien specimen. And before you know it, you realise that the calm is one menacing bastard that is just toying with you, the same way that the growing alien is toying with the crew of the ship.

From the masterful direction of Ridley Scott, the iconic designs of H. R. Giger to the alluring presence of Ellen Ripley, Alien blends the best elements of the horror genre, and helped defined it for generations to come.

READ ALSO:  Witness The Nightmares Of Clive Barker In First Trailer For The Books of Blood Horror Movie

..or pretty much anything written by Nicholas Sparks.

hsals: When it comes to setting unrealistic expectations for a relationship The Notebook is like a stacked deck of cards playing against you. If this ever comes up as a first movie date ever or if your potential date requests to watch this movie, just run. And don’t look back.

The Notebook lines you up against Ryan Gosling, I admit, the man is a glorious piece of art and the movie highlights the man in his prime. It was this very scene that spawned just so many parodies –

The odds are stacked I tell you!

The Cabin In The Woods

Jonathan Leo: My top film for Halloween. Up until now, people who have watched this film do their best not to spoil the entire film to newbies. That’s the testament as to how good everything about its script and direction is.

Basically there are five teens who are taking a holiday in a cabin (in the woods, surprise). And just underneath it is a facility that is enacting a mysterious ritual related to the five teens.

Without spoiling anything further, this horror comedy is a loving tribute to what you know and love about the genre and flips it upside its head.