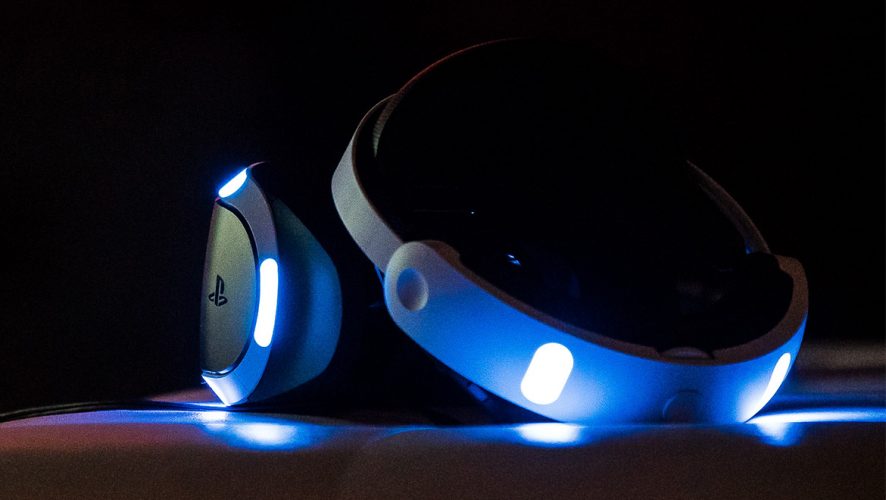 Forget what Morpheus told Neo in The Matrix. You want to take the blue pill.

In this case, the blue is the familiar colour associated with Sony’s PlayStation 4 console, and the latest accessory built for it, the PS VR.

It is not the first virtual reality headset in the market, but it is the first to be launched in major parts of Asia, since their other two earlier releases for the PC, the HTC Vive and Oculus Rift, have not been officially launched here yet.

And even if those were, the S$599 PS VR is still the cheapest of the three. It is also the easiest to set up and get running, for that journey into the matrix, of unfamiliar yet well known worlds, where you can’t die in that world, even if creatures tear you from limb to limb.

And they can. From the terrible ghouls of Until Dawn: Rush of Blood, the single seductress of Kitchen aka Resident Evil VII Demo, to getting up close with the Joker in Batman: Arkham VR, the reality within Sony’s virtual world is filled with wonders. And when the headset is over your eyes, and the headphones are covering your ears and filling them with an aural sensory that matches your viewing pleasure, you can be forgiven if you shut off from the real world, for just a little bit. 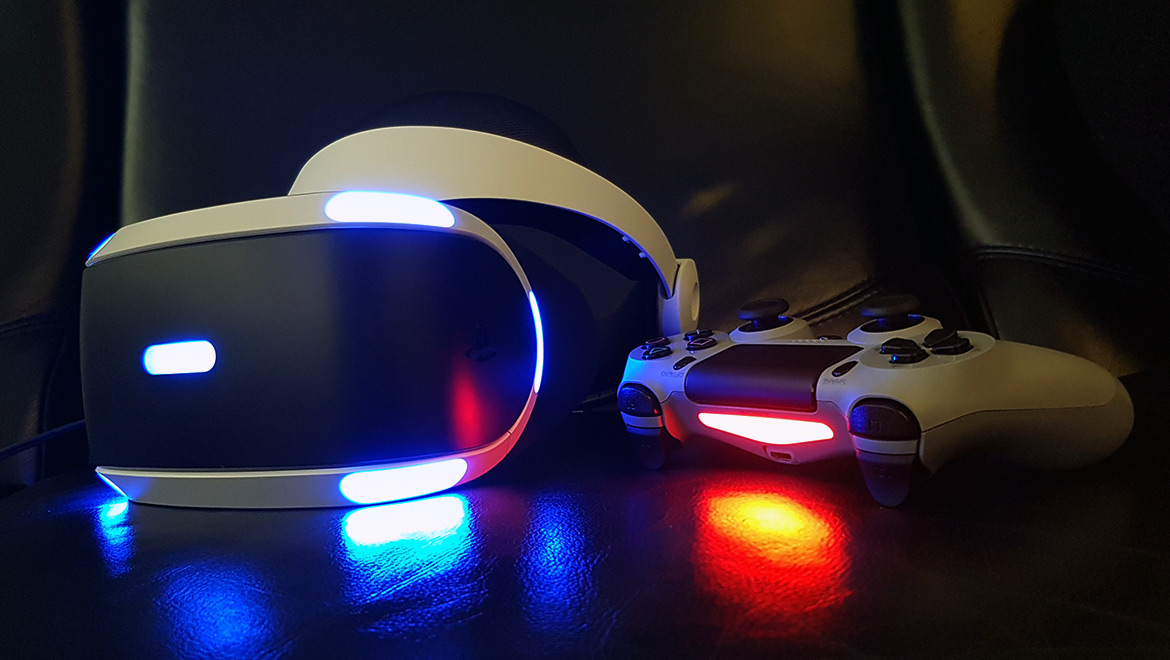 Unlike HTC’s Vive all round VR, the PS VR is more of a static virtual real that appears in front of you, in a lovely widescreen display. You cannot move around the VR environment to inspect any objects, but you can approach it or turn around, to “look” at the world behind you.

The accessory comes with several components, but it is basically formed in two halves. The first is a processor unit that connects to your TV. Your PS4 links to this unit, which then has a HDMI cable that goes to your TV. The headset comes with a relatively long cable that links to this unit, and on the cable is a serie of controller buttons, as well as the Power switch to turn on the headset. 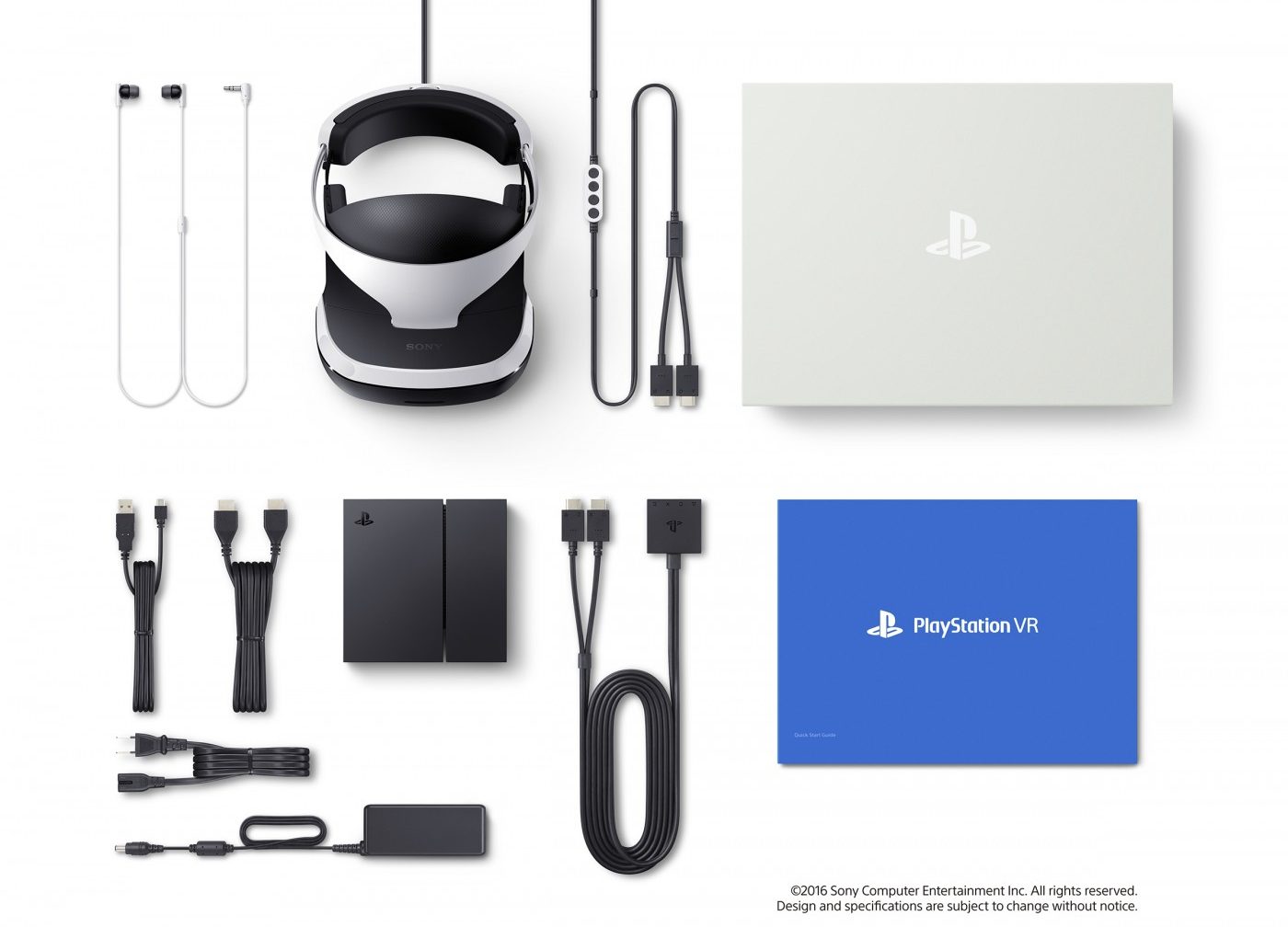 PS VR accessories include the PS Camera, and two optional PS Move controllers, which are a must for some games. It might sound complicated but essentially, you need to turn on SEVEN items to get PS VR up and running. There is your PS4 and controller, the TV, the PS VR processor, the PS VR headset and two PS Move controllers.

The headset itself is not too heavy, and one can wear it for extended periods, without feeling fatigued. Of course, motion sickness, a known bugbear of virtual reality, is another thing altogether. To fit the headset, you have to be careful, not because the headset is flimsy, but because of the cable. One cable linking to the processor unit curls from the left side of the PS VR to the back of your head and onto the ground before reaching the unit. The extended length of the cable is because some games require you to stand a distance away from the TV.

At the back of the headband, where the cable curves around, is a button that one presses, to release the catch that loosens the headband. Think of the quick release of Iron Man’s face mask from the Marvel movies, but not as elegant.

Once you place it over your head, the headband closes in around your crown, and this is where both hands must now position the headset over the eyes. The chamber itself is rather huge, and I managed to don the headset over my glasses, and still fit it comfortable on my nose. There is a button on the lower right side of the headset for you to extend the eyewear portion forward, so that it is easier to remove it from your head without taking your glasses along with it. Think of it as the false head that Arnold wore in Total Recall.

Turning on the headset means there are now two displays for the game – the TV and the PS VR. If a game is not in VR mode, there is a cinematic mode that simulates the display on a large screen TV. This puts your up close to the action, and it’s great for those playing on a small TV in their bedroom.

As with any VR display, the image is split into left and right, so the resolution is nowhere near full HD quality. This means you can see pixel edges on objects, and even loss of details in items. The PS VR is also a rather precise system such that you must adjust the headset so that you see things clearly before you start. A slight movement in the headset can create slightly blurry images.

Controls can be done using the PS4 controller, but some games require the PS Move controllers, to mimic the left and right hands within the game. In Until Dawn: Rush of Blood, each controller is a gun used to shoot the undead.

The PS VR is not yet a must-buy for the PS4, and to be honest, I am waiting to see if some of the frame rate drops I’ve noticed while playing games on it, is caused by the performance ceiling of the current PS4. Hopefully, the faster processor of the PS4 Pro can fix some of the visual issues in the PS VR.

But if you have ever clamoured for that immersive experience in a virtual world ala The Matrix, the PS VR delivers on it, and then some. It is a pity that the price tag, together with the need for a PS4 console, will make this more of a gaming luxury than a necessity.

The PS VR is currently a niche product that has it moments, but there is a lack of gripping PS VR content to warrant an investment. If you game for extended periods, the PS VR might be better off as the starter or dessert. But if you have a small room and ever wished of playing games in a large screen, the PS VR is the more reasonable alternative.