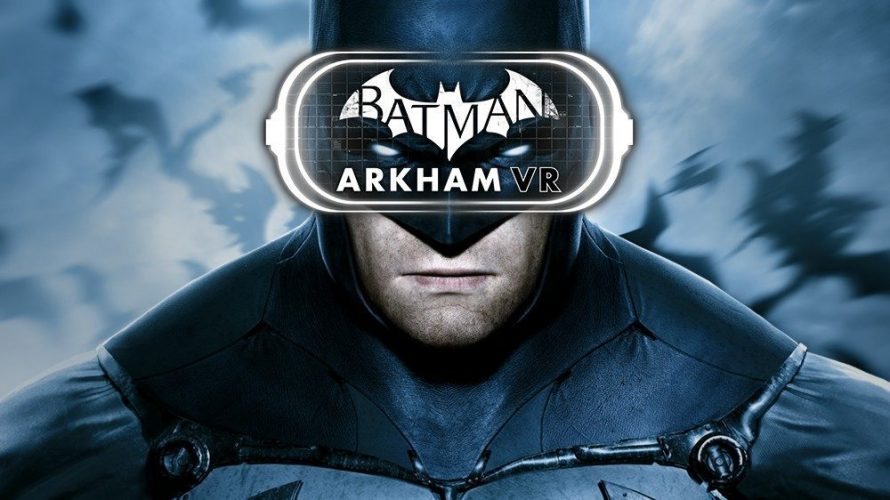 It’s been said that Batman’s origins has been one of the most frequently depicted aspect of his mythos, as it has appeared everytime there’s a new Batman movie, TV series, cartoon, comic, video game, novel… you get the idea. Heck, it’s even popped up in the recent Batman v Superman: Dawn of Justice.

Batman: Arkham VR by Rocksteady Games has chosen to include it as well, but this has got to be one of the most incredible version in recent memory. No, it doesn’t aim to subvert the narrative like the new Telltale Games Batman game, because what you know about the death of the Wayne’s still remains. There’s no Martha shtick either.

Instead, the game offers you the opportunity to experience the death of the Wayne’s through the eyes of the event’s only survivor, Bruce. There you are, helpless as you stand in the alley as Martha tries to calm you down for wanting to leave The Mark of Zorro due to your child-like fear. The pearls are hanging around her neck and the down-up point of view, standing behind your parents as they leave the theater means you can easily miss the movement in the shadows as a thug slips from out of nowhere, with a gun pointed at Thomas. 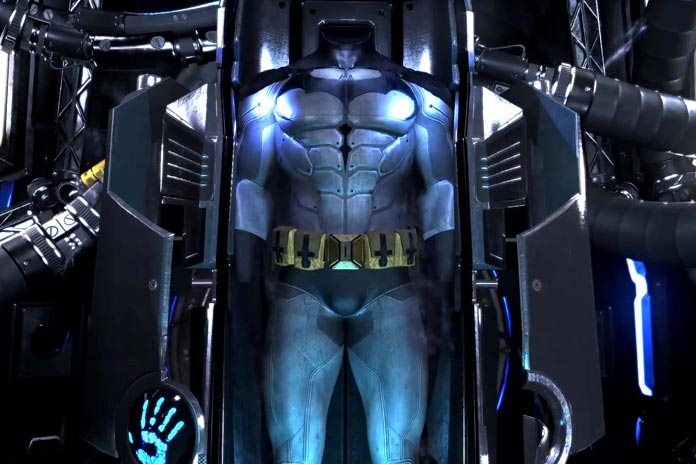 You know what’s going to happen next and there’s nothing you can do about it. The shots ring out and the pearls smash to concrete pavement, as the gun is now pointed at you. You know you won’t die but the sense of helplessness as he leans closer to threaten you is also real.

This is PlayStation VR and this is what makes a good VR game.

The game shifts and Nightwing and Robin have gone missing. You can explore stately Wayne Manor or pick up the key from Alfred and descend into the Batcave.

For here on, your transformation into the Dark Knight begins. The life size casing opens and your staring at the Batsuit. A gesture of the PlayStation Move controllers later, you’re wearing the suit. Slipping your arms into the gauntlet chamber, you watch as your tired, bloody hands put on the gloves. Next comes the cowl and you grab it and twist it around to fit it over your head.

This is as real as it gets as you arm yourself with the scanner, grappling gun and Batarang. The VR headset only present you with your hands, the Bat utility belt and their corresponding spots for the 3 Bat toys but it’s enough. Pretty soon, you’re moving your arm and placing it at your right wait to activate the grappling gun. Placing the Move controller, each which corresponds to your left and right hand, on your belt buckle introduces a Batarang to your hand. The very act of grabbing a Batarang and tossing it, and grabbing another is a smooth effort.

As you descend further into the Batcave, you notice the little things. Like the giant T-Rex on the left and the giant Lincoln penny on the left. Interacting with the Batcomputer and other tools correctly will guide you to your next location and would you like to take the Batmobile or the Batplane?

You don’t get to drive of course and anytime there is any sort of combat within the game, the screen cuts to black. It happens more often than you might expect and that’s the one drawback of the game – you get to be the Detective but not the Crusader. The tools guide you across town as you try to solve the murder and save Robin.

Many have wondered how this game fits within Rocksteady’s amazing Batman Arkham games, especially since Mark Hamil’s Joker makes an appearance and he’s supposed to be dead. But sadly, this game does fit. The presentation is not entirely flawless but the story’s execution leaves plenty to be desired.

The use of VR is also incorporated into the gameplay. There are moments when Batman stares into a mirror and the player gets to flex their arms and move their head, and identity themselves as Batman. It’s a nice touch and more than once, players actually have to turn around and look around, before the game progresses.

Oh and when you get to meet the Joker face to face, try to settle that fearful gulp you approach him. But do move in for a closer look because this is the safest way you should ever approach him.

Once you complete the roughly 45 minute game (yes it’s that short), the replay value is in replaying the game to locate The Riddler’s clues places across all 3 acts, and searching for the bio files for the Batcomputer.

If you’ve ever wanted to be Batman, Batman: Arkham VR offers it for a nice price. The experience might be short lived but the aftermath should stay with you for a while longer.