Mortal Kombat Legends: Scorpion’s Revenge is the animated movie no one asked for. At a time where anti-heroes such as Venom are celebrated and the Joker wins an Oscar, who can blame the rights holder for thinking they have an untapped cash cow of villains on their hands?

Updated for the modern era featuring amped up brutalities, gore, and X-Ray kills, this latest Mortal Kombat movie is clearly on brand on how the property has evolved.

The downside? It’s the same old story we’ve heard many times over.

Imagine if the first live action Mortal Kombat movie was updated for the present day and we’d end up with Mortal Kombat Legends: Scorpion’s Revenge. The congress of Liu Kang (Jordan Rodrigues), Sonya Blade (Jennifer Carpenter), Johnny Cage (Joel McHale), and Raiden (Dave B. Mitchell) as they ship off on an ancient ship – actually, we’ve already seen that back in 1995.

The only difference with this outing would be an extended backstory involving Scorpion (Patrick Seitz), originally known as Hanzo Hasashi, before he met his death at the hands of Sub-Zero (Steve Blum).

For the Mortal Kombat faithful, this is nothing new once again.

If you’ve been able to experience Mortal Kombat Mythologies: Sub-Zero (1997) back in the day, you’d probably want to bust out the emulator to play it again after watching the movie or watch a playthrough on YouTube.

While the story might be old hat, Mortal Kombat Legends: Scorpion’s Revenge faithfully stays close to the video game storyline and will keep purists entertained. Right off the bat, the action never stops save for the brief conversation to move the plot forward. Outside of that, expect to be treated to a meat grinder of entertainment.

Every single unnamed character gets brutalized at the hands of our heroes with the meat of the punishment dealt at the hands of Scorpion. The moment he appears on screen, expect to be treated as he slices through his foes with ease. Like a hot knife through butter, Mortal Kombat Legends: Scorpion’s Revenge is not shy to have Scorpion carve through various appendages while showing off the cross section of his now dismembered foes fly across the screen. In slow motion no less. Combined with gratuitous amounts of blood, such effects will never be achieved as a live action movie unless it’s reserved for the most B-grade movies.

When it comes to animation, Warner Bros certainly could do far better. Compared to what we’ve seen coming out of Japan, there’s a lot more to be desired. For close ups and action, Mortal Kombat Legends: Scorpion’s Revenge, gets away with it because of fast paced cuts. Outside of that, the animation is on the same level of what we’ve seen in western attempts of animation like Samurai Jack. If not for the nonstop action, taking pause to scrutinize the artwork is something director Ethan Spaulding has wisely done to divert our gaze away from not so appealing parts of the movie.

No Mortal Kombat movie is complete with cheesy lines and the voice actors have done a stellar job in nailing the camp just to the right amount. The best lot of all is saved right to the very end where Scorpion ends off the entire movie with extremely well-timed video games references. The final fight is truly why we’ve all fallen in love with the character.

Come for the extreme violence and gore, and stay for the flurry of action. Mortal Kombat Legends: Scorpion’s Revenge breaks no new ground when it comes to telling the age old story, but that’s how we like it.

The only thing missing here is the iconic Mortal Kombat theme song but everything else you’ve loved in the video game can be found and in spades. 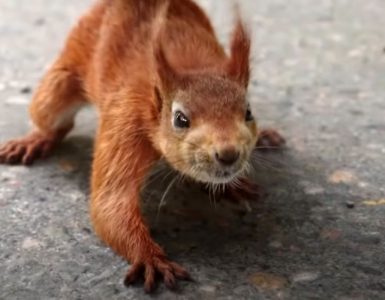