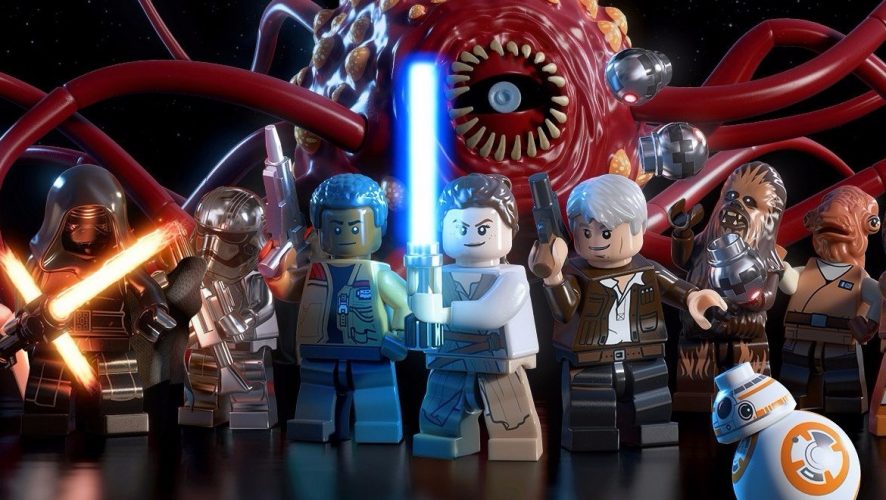 You might not remember it because there’s been so many since, but the very first Traveller’s Tales LEGO video game was LEGO Star Wars and featured the prequel trilogy. It introduced the world to LEGOfied versions of Anakin Skywalker, Obi-Wan Kenobi, Queen Amidala, Darth Maul and all the rest. Eleven years and two subsequent Star Wars games later (featuring the original trilogy and the Clone Wars cartoons), Traveller’s Tales returns to their roots and introduces LEGOfied versions of Rey, Finn, Poe Dameron, and Kylo Ren with their adaptation of The Force Awakens.

A Long Time Ago, in a Galaxy Far, Far Away…

With eighteen total levels, six of which feature new, Disney-approved and in-canon stories (and another three on the way thanks to DLC), new dialogue recorded by some of the original cast, and your usual amount of hidden collectibles, bounty hunter missions, and slapstick humour, this is clearly the best LEGO Star Wars game yet! 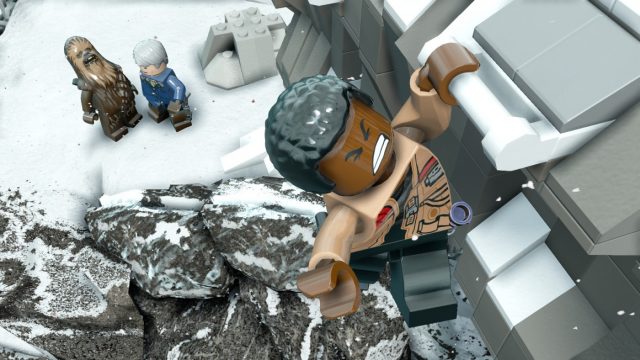 PS. If you haven’t seen The Force Awakens yet for some very strange and/or very unique reason, this review has some spoilers, so maybe go watch it first (but it’s been like seven months, you guys).

LEGO Star Wars: The Force Awakens features a ton of new gameplay mechanics never before seen in any LEGO game, and most of them are introduced in the very first prologue mission, which is a reworking of the Battle of Endor featuring all three major plot points: Han, Leia and the Ewoks on the surface of the moon, Luke, Vader and Palpatine in the Death Star, and Lando and Nien Numb in the Millennium Falcon trying to blow up the second Death Star.

The very first new mechanic we encounter is the trusty model builds, in which characters have to break some objects to build new, more useful objects. This time however, many of these bricks can build more than one model. These models sometimes must be done in the correct order to solve a puzzle, and sometimes you need to build a certain model to get one of those hidden collectibles. You choose which model to build by simply pushing your analog stick in a specific direction. It’s a welcome addition to a mechanic that has been simple breaking of blocks and button mashing to put them back together. In fact, many actions that previously required only button mashing now also require pushing or rotating the left analog stick, including droid puzzles and charging stations. This adds a bit of extra challenge to experienced LEGO game players. 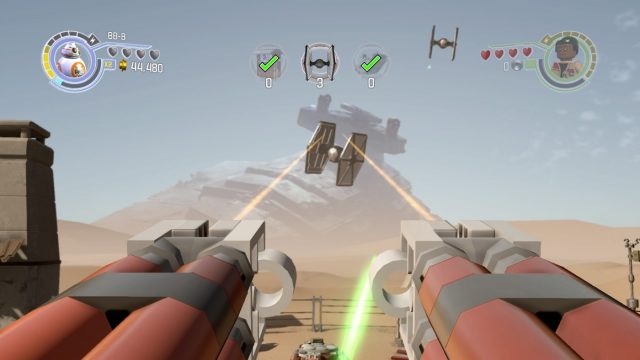 There was a pretty cool part in the prologue level where Wicket was able to command three other Ewoks to follow him and help him push a bunch of rocks that were too heavy for him alone. Similar situations arise later in the game, where characters deemed Commanders can get a group of their subordinates to help them with specific tasks. This is in addition to the various puzzles where the two main playable characters have to work together. which have been a staple of LEGO games from the beginning.

Some of the dogfighting has changed a bit as well. There are still some missions in which you and the AI (or your friend in co-op) fly two different vehicles (like in the initial Endor mission), but in later missions you quickly realize there is only one starship which one of you flies, while the other shoots. The first two proper levels have this when Poe and Finn escape in a TIE Fighter, and when Rey and Finn fly the Millennium Falcon. If the pilot doesn’t hold the ship steady, it’s gonna be next to impossible for the second player to shoot those pesky TIE Fighters on your tail as my wife and I found out very early on.

My favourite new mechanic, however, is the third-person shooting elements, bar none. Characters hide behind some cover, in which they can move around to get a better position. You hit the L2 trigger to pop up, and shoot at whatever is shooting at you (usually Stormtroopers). The aiming is always done for you so you shoot at whatever is posing an immediate threat, but you can free aim and hit other, possibly more interesting things. It’s a fantastic addition that lets players feel a bit more in control during some of the more action-y parts of the game. 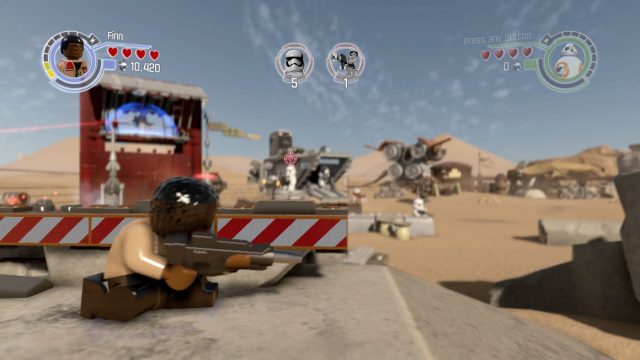 Most of the previous mechanics are still present: Light and Dark Side Force, Target Shooting, Protocol Droid and Astromech Droid Panels, etc. Some of them are a bit powered-up though. For example, the Agility skill now includes more than just jumping higher and swinging from poles. There is now a LEGO Avengers Quicksilver-type element in which Agile characters can run across walls to get to otherwise unreachable places (unless the character can fly), which is pretty neat.

“The droid… stole a freighter?”

Traveller’s Tales track record of slick visuals and excellent sight gags remains intact, but unfortunately so does their track record of bugs. Luckily, nothing seems to be game-breaking yet, but it’s getting increasingly frustrating that these bugs keep occurring in a series of games that have been in production for 16 years at this point.

Most of the spoken dialogue in the game is lifted straight from the movie, and it is mostly clean, thankfully. LEGO Jurassic World had very poor audio quality, so I’m glad TT was able to get better transfers for this game. Plus, the new lines recorded by the main cast are excellent, even when it’s just to explain one of many new game mechanics. 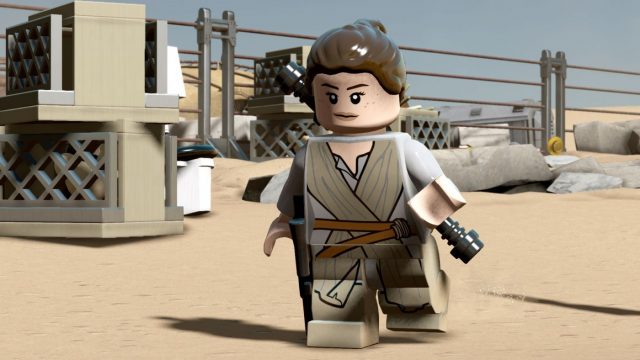 A flashy new UI is also present in this game, streamlining the visuals a decent amount. It’s a very small thing, but I very much like the fact that hearts now disappear when you’ve been hurt instead of simply turning a different shade of red. I may be the only person with this problem, but it has long been an issue of mine that I couldn’t actually tell how many hearts I had left when they were all still up there, just in different shades. Now I know exactly how many hearts I have left because it’s simply not there if I don’t have it.

Now I just need TT to get rid of that super annoying dynamic split screen during co-op play. Does anyone actually use that, or does everybody immediately switch to static split screen as soon as humanly possible? 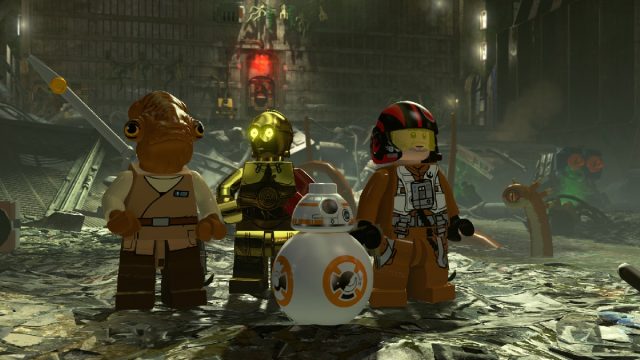