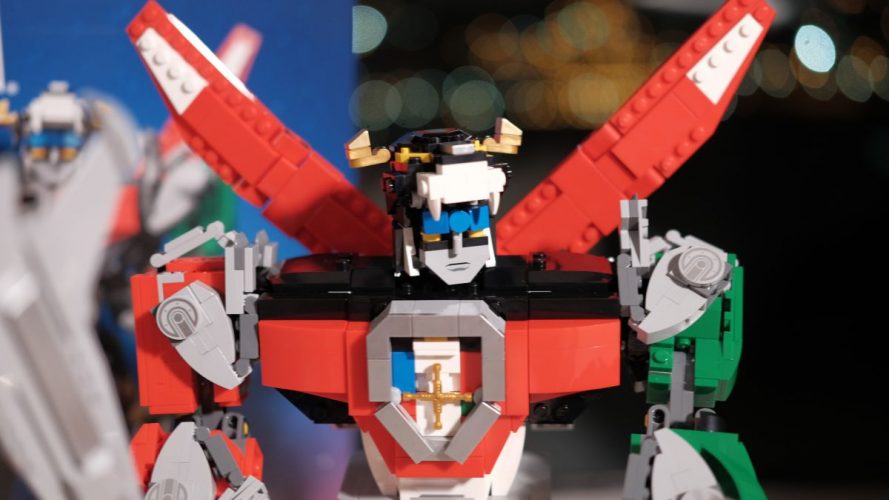 When the LEGO Ideas Voltron 21311 was first announced, it set the ball rolling for one of the most hyped up LEGO sets ever to be released for adult geeks (re: old). While some might claim that the appeal towards the property is seeing a new wave of fans given a modern remake of the television series, it’s the older designs that clearly resonated with the community.

After all, judging by the demographics of the folks who queued up to get their set signed by the designer, Leandro “Lendy” Tayag, it came as no surprise that the nostalgia is strong with Voltron. And having the chance to build one giant mech out of LEGO bricks is one experience no one would ever give up.

Fully assembled, this bad boy stacks up at over 2,321 bricks, in what LEGO claims to be their “biggest buildable LEGO mech ever”. Here’s the thing – these pictures simply don’t do it justice.

Anyone who has seen the 1984 TV series, or the newer remake on Netflix, would be pretty familiar with this robot warrior, formed together by 5 lion mechas. LEGO has done a pretty impressive job maintaining the transformative element, from lions to robot form, but more on that later.

Each set comes with 6 instruction booklets (one for each lion, and a final booklet with a nice crash course for the Voltron virgin, and instructions for weapons and transformation); and 16 numbered bags of bricks. 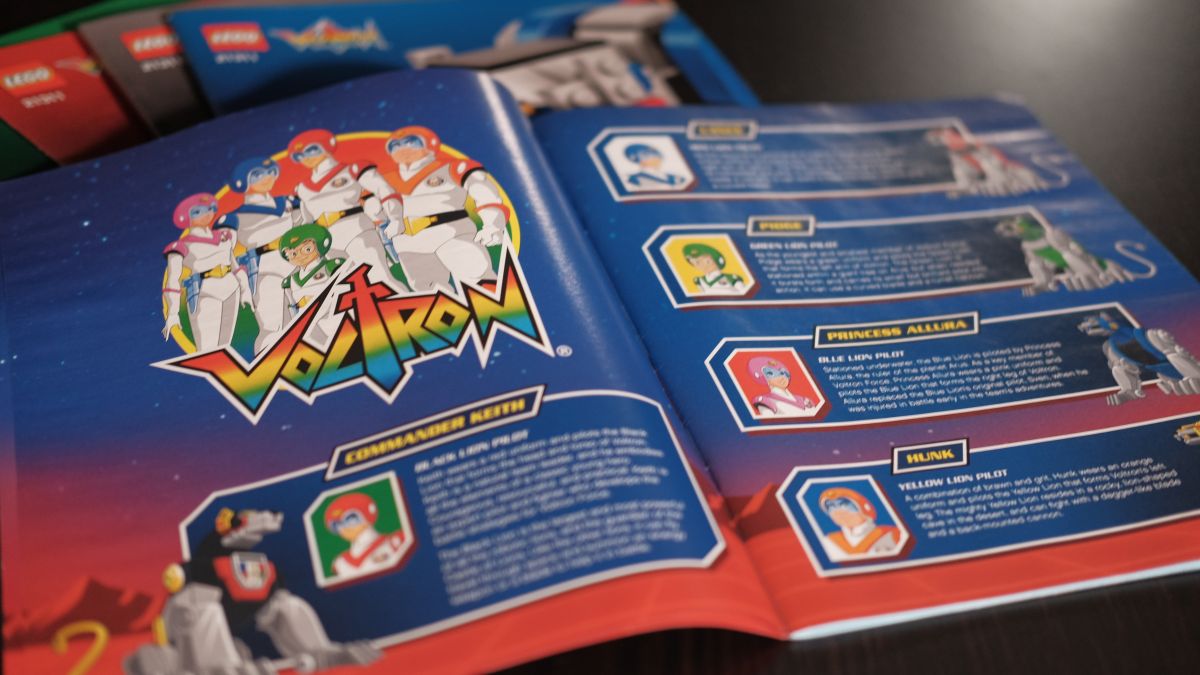 The build: (The smaller) Green and Red Lion 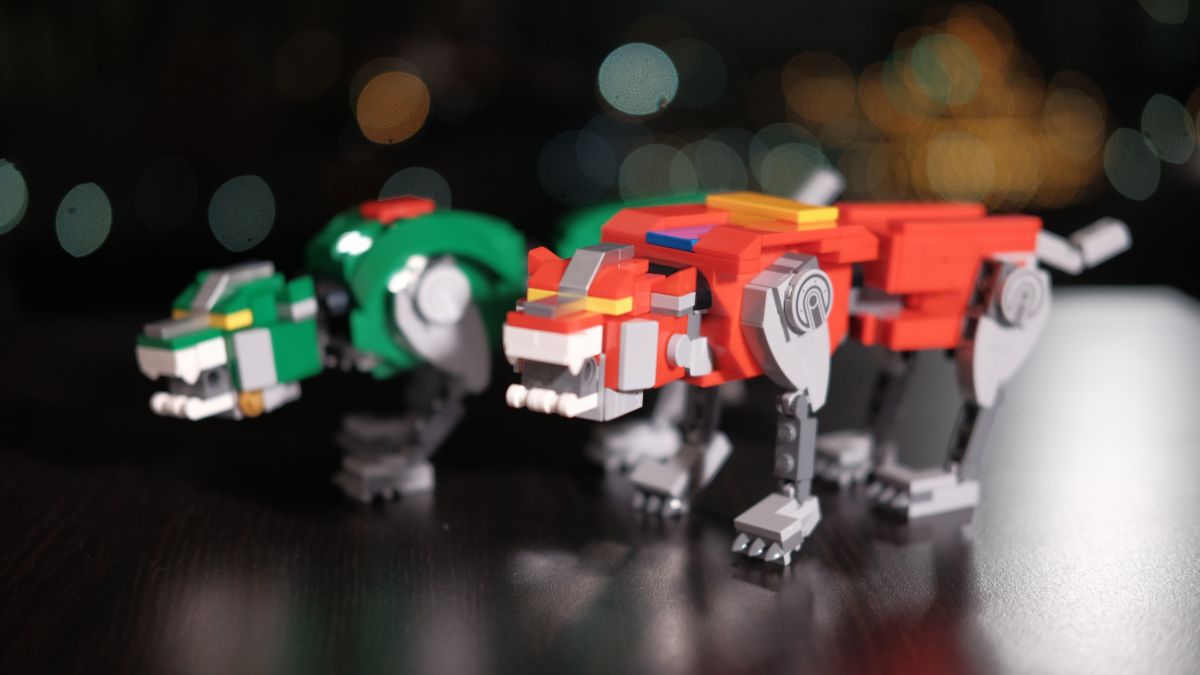 Starting off with the smaller builds, each of these lions takes about 30 minutes to put together. The level of articulation (and playability) can already be felt, with the adjustable legs, torso, and tail.

These 2 lions form the arms, and we particularly love the technic piece in their jaw, which later acts as weapon grip.

The build: (The medium) Yellow and Blue Lion 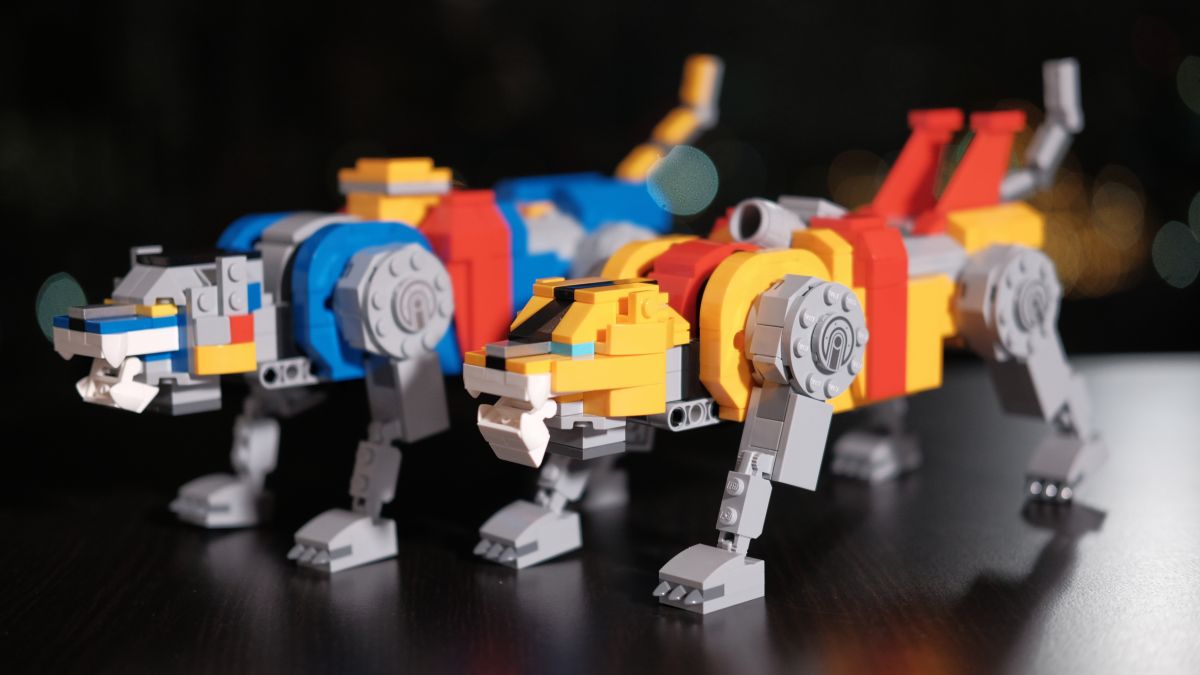 The next set of lions takes about 45 minutes each for the build, and are roughly 1.5 times larger than the previous pair.

They each have a push and click technic system that aids the transformation for them plugging into the legs of Voltron.

The build: (The large) Black Lion 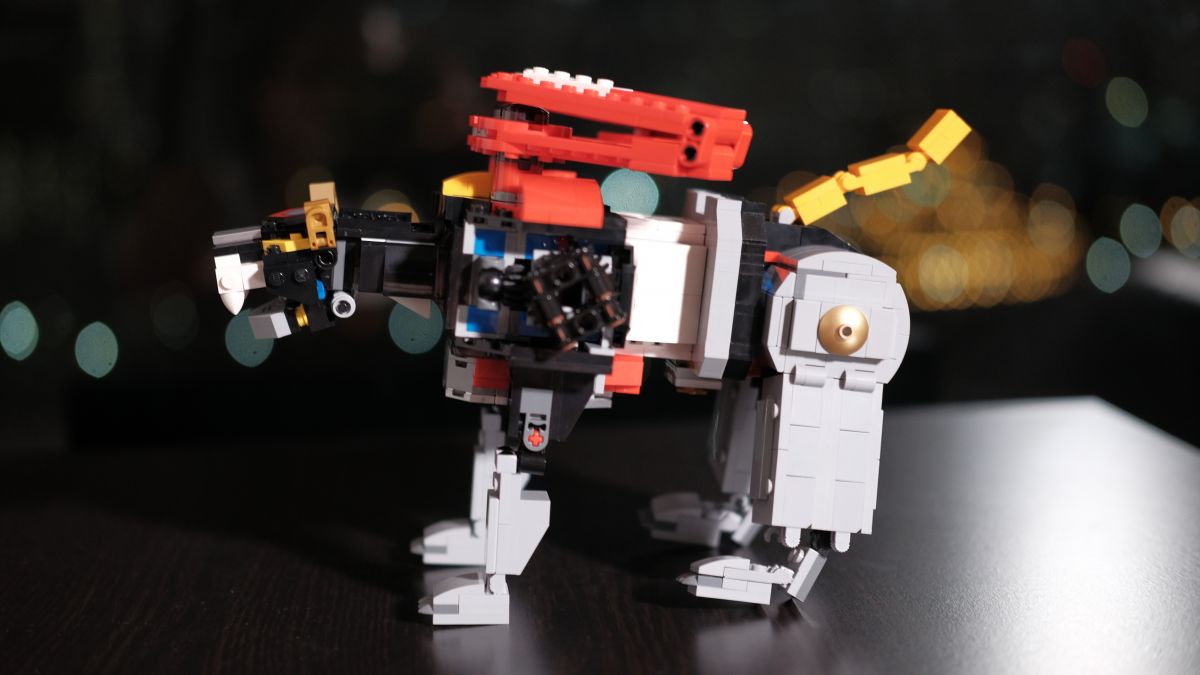 Saving the biggest for the last build, this lion took us over 2 hours to piece together. Personally, its bulky form is an acquired taste. The thick and angular structure (as compared to its more lithe teammates) resembles more that of a bear, than a lion.

But, seeing how this bad boy is to become the main torso of the robot, its chunky build is a physical necessity. 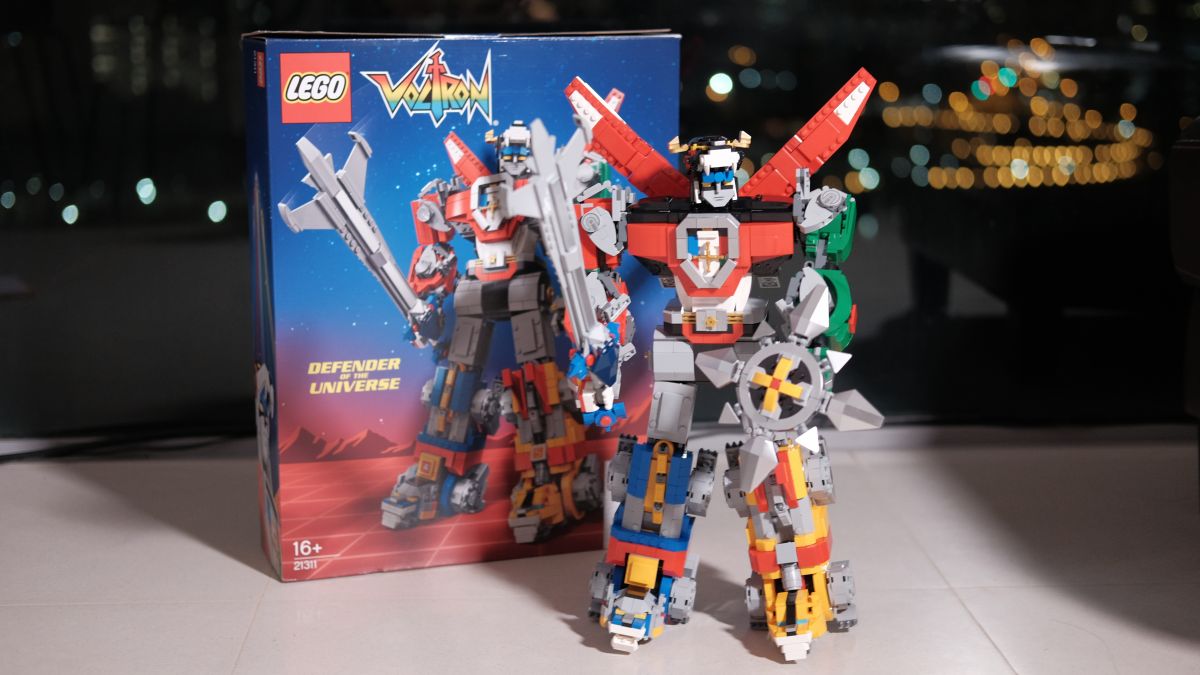 This is the part where the LEGO Voltron gets rather tricky.

There’s probably a reason why we don’t see more LEGO taking the shape of giant robots of this size. In the mind, toys that transform and combine are a whole world of awesome. Except it’s a challenge with LEGO which makes this set even more amazing. The LEGO technic joints are finicky and during the transformation, bits of limbs kept twisting off. Some pieces also had to be detached and reattached, which wasn’t the well-oiled finesse of the process we had imagined.

Keep an eye on retracting the limbs and of the lions into the right positions when forming the arms and legs, so as to minimise awkward gaps in the final robot. And word of the wise, during transformation, try to avoid pressing too hard on the feet of the lions as they snap off easily.

After a couple of minutes of fiddling with plastic, it still felt awesome to finally see Voltron standing in its full gestalt glory. You’d immediately notice that its feet will not stand flat on the ground, and given the hefty build, can make Voltron a tad wobbly, especially when wielding the sword and shield. To help centre its gravity and stop it from falling over, fiddle with the arms a little until it balances out. 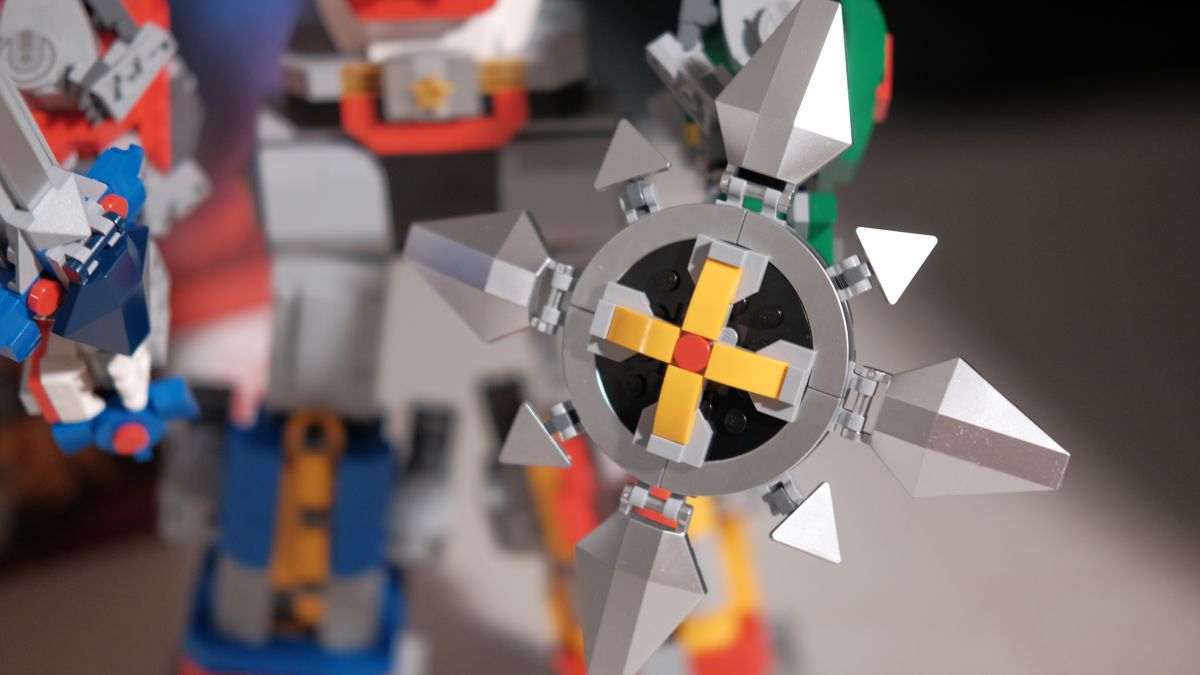 Overall, we’d still highly recommend this set, both as a collector’s item, and a toy made to be played with. Our advice for the latter is to keep the instruction manuals always at hand, for when the pieces fall off during play (and trust me they will), you’ll know how to put Volton back together again. Do it enough times and you’re probably gonna commit it to memory. Minifig not included, just for size comparison – this is one seriously large build and will look awesome displayed in any geek’s home.

For the most part, the LEGO Ideas Voltron 21311 certainly lives up to the hype. It’s certainly not easy to make a fully transformable robot that combines into a massive unit but LEGO has done it. Do yourself a favour and pick up a box right away.

Jiahui has a toy obsession and wishes her apartment has infinite storage, so she would appear less like a hoarder. She dreams to someday design and sell her own merchandise, to recuperate some of her losses to the neverending world of cute things.