Gods and monsters by any other name are still as fantastic, if we go by Ubisoft’s renaming of its action adventure title to Immortals Fenyx Rising.

Steeped in Greek mythology, the upcoming title follows the titular Fenyx, a human tasked with the unenviable duty of restoring balance to the world, by sealing the titan Typhon in the underworld and Geek Culture managed to dive into Ubisoft’s new open-world action-adventure game in a preview showcase.

Unlike the famed Assassin’s Creed franchise, Immortals Fenyx Rising doesn’t have any pressure to live up to as a brand-new IP, and it shows. The developers had a little more freedom to express themselves with the way the game looked, felt, and sounded (especially with the former).

While we’re still mostly hazy on story details, Immortals Fenyx Rising is set in Ancient Greece, where the land is besieged by the titan Typhon, who recently broke out of his imprisonment by Zeus, king of the gods, in the underworld, and plots to decimate Mount Olympus and the rest of the world. It is up to you as the relatively silent protagonist Fenyx, with the aid of the blessing of the gods in the form of powers and weapons, to stop him in his tracks. It is slated to release 3 December.

Jumping into the game, we were greeted with a multitude of colours and hues, dancing together to create a colour palette more vibrant and cartoony than any previous Ubisoft title to date. It ties in nicely with the game’s more whimsical tone and atmosphere, and though it may at times feel a little too on the nose, it’s a refreshing sight compared to the gritty, realistic overtones that are so prevalent in other Ubisoft games.

Speaking of jumping, in the two hours we were given to play Immortals: Fenyx Rising, we were left with a sandbox to play with in the region that we had access to: The Forgelands, ruled by Hephaistos, god of, smithing, metalworking, fire, and volcanoes. While we had a main quest to light a furnace (okay, four of them, to be precise), we were also given the entirety of the region to explore, rife with puzzles to solve, mythical monsters to fight and defeat, and treasure to plunder.

Interestingly, though this game was made by the same team behind Assassin’s Creed Odyssey, there is actually quite little in common with Immortals. The stealth mechanic has been reduced to just a single ability that lets players get behind foes and perform high-damaging sneak attacks. The equally-iconic climbing mechanic is still there, but is limited to how much stamina Fenyx has at that point. Even the backdrop of ancient Greece, while similar, feels much more fantastical than the more grounded nature of Odyssey.

Getting around was pretty straightforward and flexible, given that we had the freedom to roam around. As a pseudo-avatar of the Greek gods, Fenyx is granted with abilities to make her sprint faster and glide in the air with the Wings of Daidalos. Players can even summon a horse to get around much quicker on land. While these movement abilities are tied to stamina, they certainly make for a great deal of flexibility while traversing the land. However, we’ve found that the movement controls feel a little clunky at times, especially during flight, where the glide button wouldn’t work right away. Of course, given that this is an early build of the game, we imagine Ubisoft will tighten things up closer to launch.

Combat in Immortals: Fenyx Rising consists of a speedy, action-oriented affair. Players dart in and out of telegraphed enemy attacks, dodging out of the way while trying to dish out the pain with a combination of Sword of Achilles (light melee), the Axe of Atalanta (heavy melee), and th Bow of Odysseus (ranged) attacks. There are also special attacks, which include bashing foes in with Hephaistos’ Hammer, a massive area-of-effect hammer attack, launching smaller enemies around you in the air with Ares’ Wrath, and zipping into enemy lines with Athena’s Dash. They also use the stamina bar, and feel impactful upon use.

It is also good to note that different enemy types are weak or resistant to specific attacks, so it is up to you to figure out which moves are better in specific fights. This rock-paper-scissors mechanic is a nice way to force you to think on your toes, as there are usually a myriad of enemy types that engage you.

Dodging out of enemy attacks at the right time triggers a perfect dodge, and slows time for a bit, giving you a window to get a few extra hits in (this is especially useful for bosses and mini-bosses), while parrying attacks builds up the stun meter. Rack it up to full, and the enemy gets stunned for a brief amount of time, which gives you an even bigger window to rain hell upon said enemy. It all feels really fluid and sound, and makes you feel like a spry striker amidst a host of hulking automatons, cyclopes, and ogres, and even against smaller enemies such as harpies and soldiers.

Aside from hacking and slashing at enemies, there are a plethora of other side ventures one can undertake in Immortals: Fenyx Rising. These include the dungeon-like Rifts, which consists of a series of platforming puzzles that require you to use whatever tools you have at your disposal in order to reach the end. There are also skill-based timed challenges that are littered across the map, which includes gliding and staying in the air from Point A to Point B, jumping across a small pool riddled with flaming projectiles from Point A to Point B, and so on.

There are also the Constellation puzzles, which are a combination of platforming, puzzles and combat, in order to acquire little blue pieces of a constellation puzzle, which, when complete, yield much better rewards than normal. Pretty standard fare, as far as games in the same vein go, but it still provides enough challenge to urge one to pause and look beyond what’s in front of them to be able to overcome these challenges.

Potions can be crafted from ingredients collected in the overworld. Abilities and weapons can be upgraded using materials found in treasure chests or from quest rewards. However, we couldn’t delve deep into the latter in the preview, but we’ve seen the skill trees and stat-based boons that gear pieces give, and let’s say this will open up a host of build varieties to play around with at launch.

But for all its accomplishments, The Legend of Zelda: Breath of the Wild stands out as the game that one might think of when looking at this game from afar, not just with visuals but also gameplay. In fact, one might even mistake this as Breath of the Wild itself if they weren’t careful. And therein lies one potential problem of this game, in that it doesn’t really have a discernible identity from a gameplay perspective, aside from the souped-up Ancient Greek backdrop and slightly comedic tone from the fourth-wall-breaking dialogue between Prometheus, the game’s narrator, and Zeus, who speaks like an airhead. This familiarity is a line that Ubisoft needs to tread carefully if it is to succeed at launch, or it could be ruled out as a mere Zelda clone.

In any case, Immortals: Fenyx Rising looks (and plays) relatively well, and we imagine Ubisoft has a few more tricks up its sleeve before the game fully launches on 3 December for PS4, PS5, Xbox One, Xbox Series X, Nintendo Switch, PC, and Google Stadia. 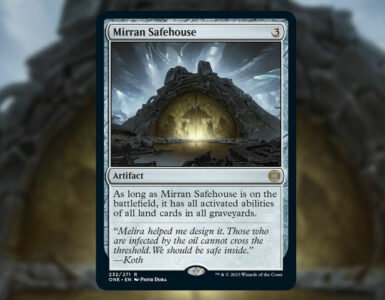