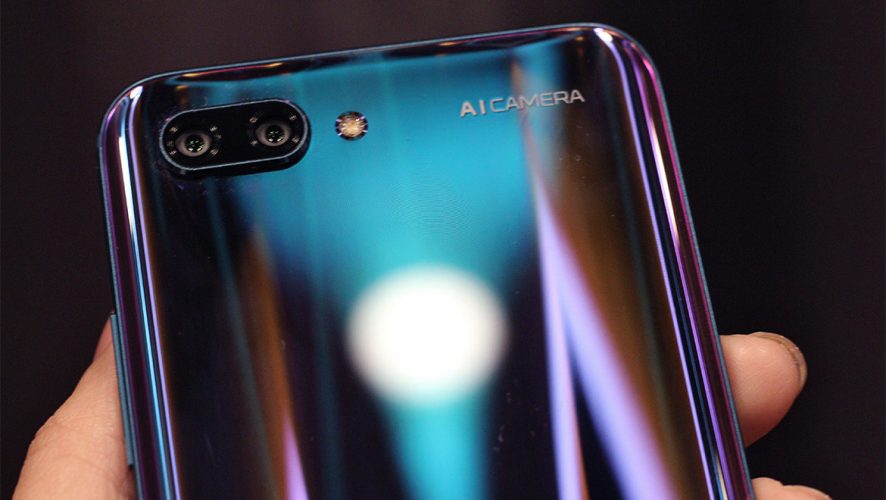 Perhaps overshadowed as of late by the hype surrounding the Huawei P20 series and the Huawei Porsche Design Mate RS, it’s now time for the Chinese tech giant’s other flagship phone to get its turn in the spotlight. 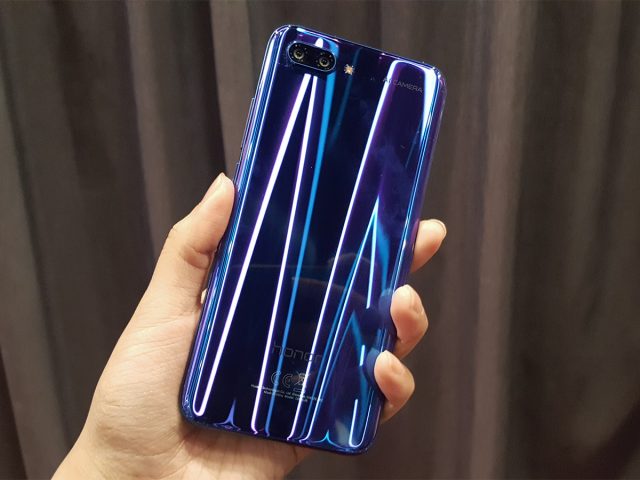 Honor is a sub-brand of Huawei, established in 2013 to develop a line of mid-range smartphones targeted towards a younger and more budget-conscious market.

Packing some of the best features from the P20 into a more affordable package, the Honor 10 catches the eye right off the bat with its colourful reflective exterior. The iridescent glass effect is named the ‘Aurora Design’, which uses 15 layers of colour to resemble the blend of blueish greenish hues of the northern lights.

In a time when new phones look more or less like carbon copies of one another, this vivid glass back sets the Honor 10 apart from the pack. Different colours catch in the light as you turn the phone, and for once it makes you want to not get a phone case, or at least get a transparent one just so it remains visible.

It’s practically a light show on your phone, but one unintended way these lights get dulled? Smudges. It’s not long before the back of the phone gets coated with fingerprint marks and grease, which cannot really be helped on such a smooth and glossy surface.

But if psychedelics are not your thing, then the Honor 10 is available in more toned down and less reflective Midnight Black and Glacier Grey shades as well. The Midnight Black is a lot less flashy, and the lack of the unique colours makes the phone seem more plain and simple, while Glacier Grey is more blueish than grey in colour with an icy appearance.

And even though the backing is unique, you’ll find many familiar-looking elements on the phone, namely the notch (removable) and slim bezel look made popular by the iPhone X on an all-glass body. The display measures in at 5.84 inches with a full HD 1080 x 2280 pixel resolution and houses an ultrasonic fingerprint sensor at the bottom where home buttons used to go. The device unlocks even if you touch the sensor with wet fingers, but if that’s the case, it also unlocks instantaneously with facial recognition as well.

Just like the P20, it’s powered by Huawei’s own Hisilicon Kirin 970 chipset loaded with AI features. The term AI is found everywhere in the realm of smartphones nowadays, and the Honor 10 is also on board. The camera is all about AI and they’re proud of it, to the extent that the words ‘AI camera’ are printed on the back beside the camera.

The dual 24MP + 16MP primary camera and 24MP secondary camera utilises software with real-time recognition of over 500 scenarios to immediately optimise camera settings, similar to the P20 but without the added Leica optics. 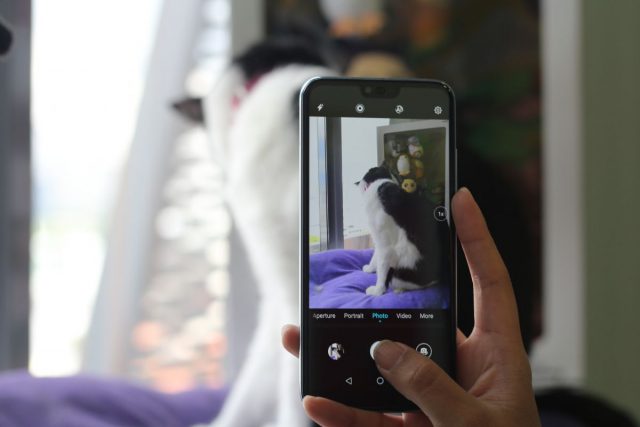 The battery sits at a decent 3,400 mAh, and the 3.5mm headphone jack is retained along with a USB-C port for charging. As for storage, only the 128GB storage with 4GB RAM configuration of the phone will be sold in Singapore.

Now here’s the kicker. Specs seem good, with a solid-looking build, so we assumed that’s got to come at a cost. The Honor 10 was released in London at £399 (S$720), but its retail price in Singapore? S$579. That’s a little over S$300 cheaper than the P20 (S$898) which makes it a real bang for your buck, especially since that apart from the camera, many of its features are comparable. 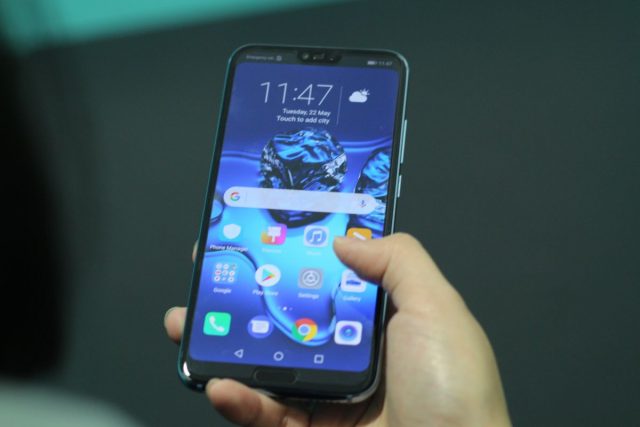 The Honor 10 is on sale now in most online retailers including Challenger stores, Shopee, and Qoo10. Only the colours Midnight Black, Phantom Blue are currently available, with plans to launch Phantom Green and Glacier Grey in Singapore at a later unconfirmed date.

There's also a contest to guess the actual name of the game.