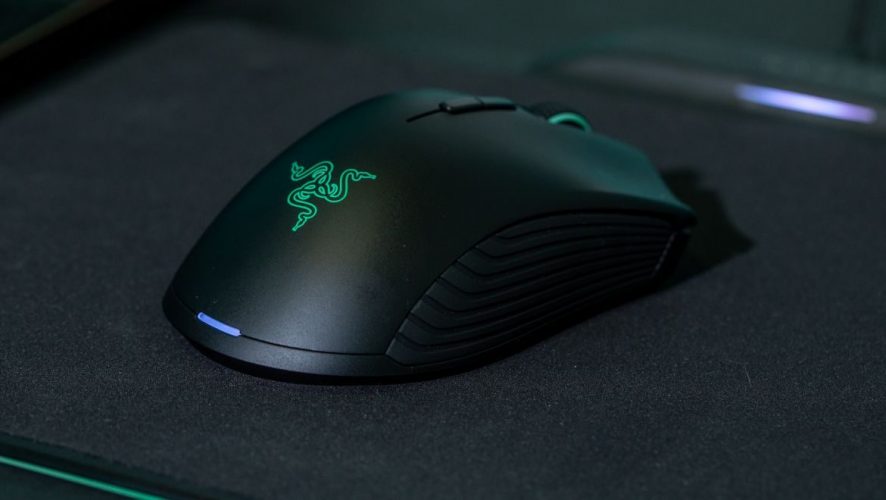 Wireless mice are hardly something synonymous with gaming, especially given the reign of their wired counterparts on the market. With their low latency, high response time, and the lack of need to recharge, it’s only natural for them to be the to-go choice for the community.

That is, until Logitech’s G903 and Powerplay mousepad combo came into the picture. With the pad charging the mouse each time they were in contact, the mouse was running on an unlimited supply of power and the duo managed to bring a whole new definition to the term “wireless gaming” – a sentiment that was echoed in an earlier review, where it was described to be “mouse nirvana”. 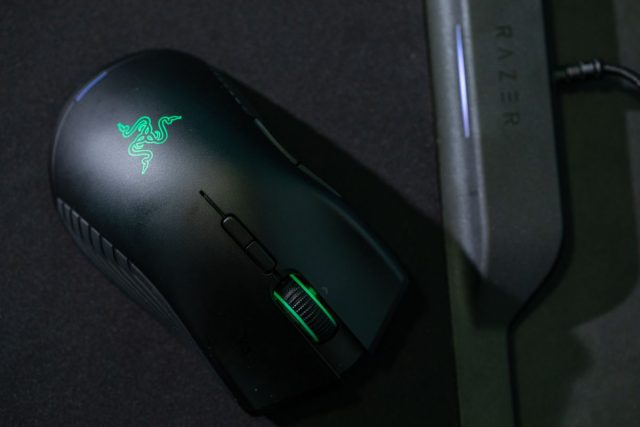 Now, Razer has introduced a new contestant into the fray. The Razer Mamba Hyperflux Wireless Mouse, bundled with a FireFly Hyperflux Mousepad, serves as strong competition to the G903, and seeks to challenge the latter’s technical prowess.

Decked out in the signature black-and-green hues of the Razer logo, it does make a better, sleeker first impression as compared the G903. Similar to the Powerplay, the FireFly is huge, and comes with two different surfaces to fit its rubbery base: soft and hard. 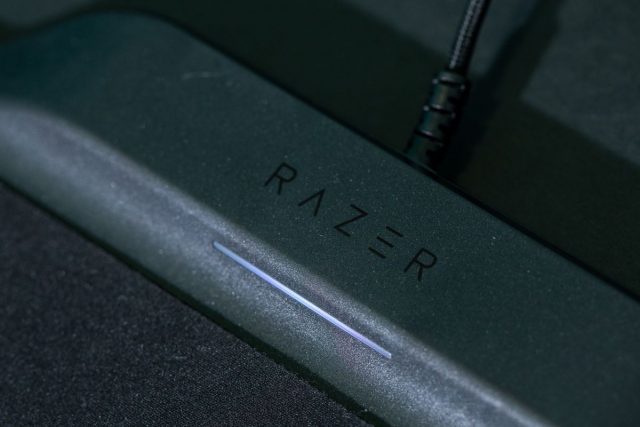 The charging process for both works identically as well. Designed with the concept of “gaming with limitless power supply” in mind, the two models run on a continual pool of flowing current from their respective mouse mats, allowing for endless playtime.

But those are hardly where the differences and similarities end. Put the two wireless giants together, and there’s more to compare and contrast, starting from the aesthetic appeal and ease of setup. It’s to be noted that Razer released this months after Logitech’s pioneer innovation, however, so the level of expectation for each differs.

Building upon past Mamba models, the Mamba Hyperflux shares most of its overall design with the former, with sufficient RGB lighting from the scroll wheel and company logo, despite doing away with the strips along the sides of previous iterations. In exchange, long, wavy lines adorn those areas – borrowed inspiration from the company’s more recent peripherals like the Atheris and Lancehead.

The mousepad, when controlled via the Razer Synapse 3 software, grants access to other colour profiles, including the newly-added wave and one-click effects, that also sync up with the mouse itself. In comparison, the Logitech series works with simple colours, cycling between selected hues of lighting, with noticeably lesser patterns in tow.

But what the G903 lacks in the RGB variety, it more than makes up for it in terms of ergonomics, boasting an ambidextrous design that sits snugly under one’s palm. The Mamba Hyperflux, while more than comfortable in both a claw or palm grip, is geared towards right-handers, which means southpaws may need some time finding the right fit for its shape. 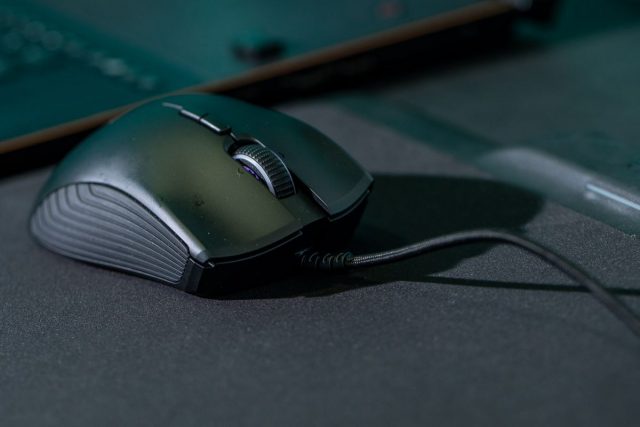 Where ease of use is concerned, both mice are equally convenient to set up. There’s very little to no hassle in doing so, especially for the Razer duo, where the given wire can be used for connection between the mousepad and the mouse. The two-in-one feature is certainly nifty, and the lack of a dongle – yet another change from past Mumba models, and something that came included for the G903 – means that the entire process is relatively fuss-free. Throw in the fact that batteries are not required, and you’ve got the world’s lightest wireless mouse in your hands.

With weight being one of the major considering factors for gaming enthusiasts, Razer’s decision to equip their latest addition with the hitherto most lightweight body is a sound one. In a move that’s definitely appreciated by MOBA and FPS players, the sub-100g mouse comes armed with the PWM3389 optical sensor, another first in the wireless mouse department, offering a maximum of 16,000 dpi. In other words, it’s truly a gaming beast at its core, featuring incredible tracking accuracy, zero lag, and great responsiveness. While its Logitech counterpart did possess the same qualities, slinging across the mousepad felt more natural and smooth for the Mumba Hyperflux. The dual-sided mat also seems to be better calibrated than the G903-Powerplay duo; the hard, slick surface provides finer support for fast, rapid movement, and the softer one for pinpoint accuracy.

The overall effect is certainly evident during testing. Playing Far Cry 5 saw an improved accuracy rate in general, with more headshots being nailed as compared to previous sessions. Meanwhile, there’s a greater sense of control while aiming with DPS heroes like McCree and Soldier:76 in Overwatch, making it easier to kill off that annoying Pharah at the objective point. Maneuvering for both games is also smoother as well.

Wrist snaps and 180-degree turns are familiar motions for fans of the FPS and MOBA genre, and Razer’s super lightweight mouse easily allows for that. But therein lies the issue that makes the Mamba Hyperflux lose out to the G903: consistency. 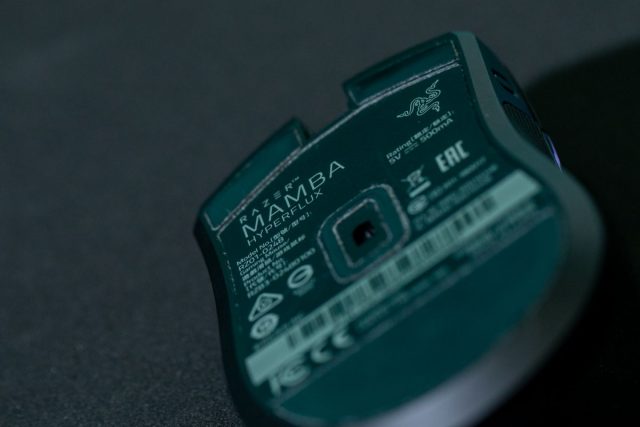 Weighing in at 110g, Logitech’s wireless mouse might be 20g heavier than the Mumba Hyperflux, yet it stays connected more often. It’s few and between, but sometimes lifting the latter too high up to execute a wide-angle sweep will result in a brief interruption in connectivity, that of course, affects gameplay. On a less frequent scale, moving the mouse to the corner of the mouse mat would result in the same issue as well.

After experiencing that a few times, a second mouse had to be placed nearby as a backup, which inevitably mars the entire experience. The G903 never had this inconvenience for the whole review duration, with or without the Powerplay, and remains the king in this category.

The obvious solution to that would be to hook up the wire, but that kind of defeats the purpose for a wireless mouse. If it’s any consolation though, the Mumba Hyperflux does put up a very impressive and strong performance here, quite possibly beating out its competitor, although it’d be good for gamers to have something to fall back on when problems like these arise (such as the option to operate on battery for the G903).

Exclusivity At A Cost – To Buy Or Not To Buy?

Needless to say, novel technology comes at a cost. Unsurprisingly, the Hyperflux pair is attached with a hefty price tag, retailing at S$399 on the Razer website. With an arsenal of remarkable features, it’s only to be expected, and serves as a worthy venture for those with pretty pennies to spare.

With respect to the G903 and Powerplay mat, however, Razer’s pairing is less cost-efficient. The FireFly is only made solely compatible with the accompanying mouse, which cannot function outside of it. As for the Logitech duo, the mousepad supports the G703 as well, and is positioned more as a convenient luxury than a necessity.

Essentially, that means the Powerplay need not be used together with the two models, since they are able to function perfectly well as standalone wireless mice. It’s this greater sense of adaptability and a S$199 less price tag that makes the Logitech duo a more attractive catch. 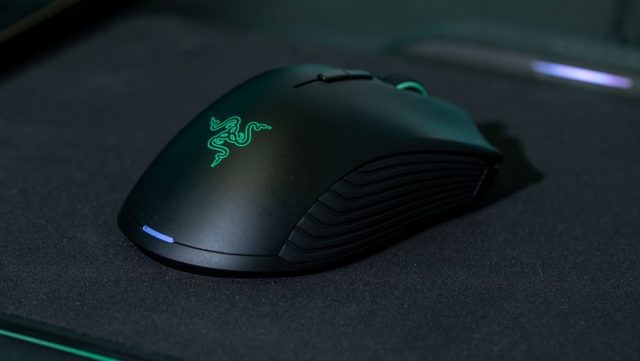 Nonetheless, there’s no denying the fact that the Mamba Hyperflux and FireFly are amazing pieces of tech. A viable option for gamers to start on the wireless gaming trend, there’s little dispute about their overall performance in the field, so it’s indeed a pity that some flaws have caused some of the wireless magic to dissipate.

It’s great, sleek, and cool. Undoubtedly built as a gaming beast, the wow factor is unfortunately bogged down by its price tag, exclusivity factor, and reduced reliability as compared to the G903 – which means Logitech’s still the system to beat, though by a narrow margin.