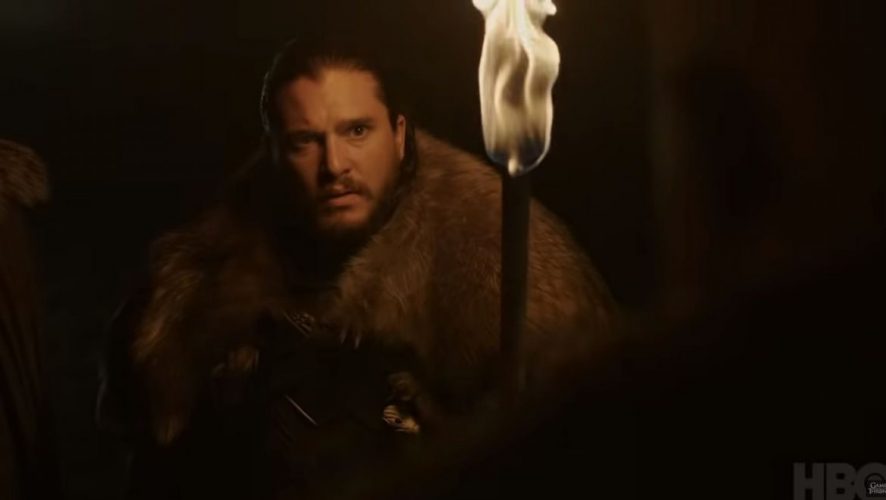 Game Of Thrones’ Final Season Teaser Is Out, And It’s Ice Cool

HBO has just released a teaser for the conclusion to the epic Western fantasy series Game of Thrones.

Season 8 is slated to premiere April 14 (April 15 for viewers in Asia).

Entitled “The Crypts of Winterfell”, we see the surviving Stark trio of Jon Snow (Kit Harington), Sansa (Sophie Turner) & Arya Stark (Maisie Williams) making their way through the underground crypts so often depicted in Winterfell across the past 7 seasons.

As they pass by several statues, notably those of dead mother and father (aunt and uncle for Jon, respectively), Ned (Sean Bean) & Catelyn (Michelle Fairley), they hear snippets of old conversations they had from them.

Their sojourn through the crypts leads them to face three statues – each of their own likeness – as icy frost creeps up behind them, followed by an ominous gust of cold wind, suggesting the imminent war with the Night King and his undead army.

Prior to this trailer, we got a 5-second sneak peek of Game of Thrones‘ latest season in HBO’s “It All Starts Here” 2019  reel that debuted in this year’s Golden Globes awards ceremony.

According to Entertainment Weekly, each of the six episodes in Season 8 will be feature-length, including the epic and decisive battle against the Army of the Dead, which took a whopping 55 nights to shoot.

In other news, the prequel for Game of Thrones starring Naomi Watts and a couple of rising stars is currently in development, and will tentatively be released somewhere in 2020.