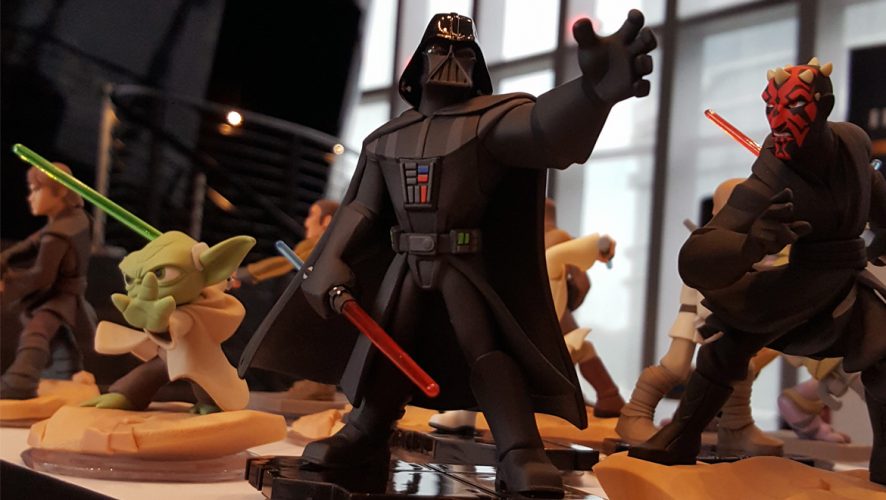 This looks fun, a newer teaser image showed up yesterday on the ShopDisney online store, which looks to be the return (somewhat) of my favourite Toys-to-Life Disney Infinity product line. According to the teaser, it will be launched on November 3 via the online store and across Disney retail stores and will cover characters from PIXAR, Star Wars and Marvel.

The product line is aptly named TOYBOX, which was the name of the open-world mode in the Disney Infinity video game where characters from across all Disney franchises could interact with each other.

Details are scarce at the moment, with no official announcement, apart from that one teaser image that features Rey and a First Order Stormtrooper, with an art style very reminiscent of their video game counterparts (yay!). This time however, they look to be upgraded with articulation points. I can foresee this range of products to be highly sought after if the packaging is done right, and priced right. 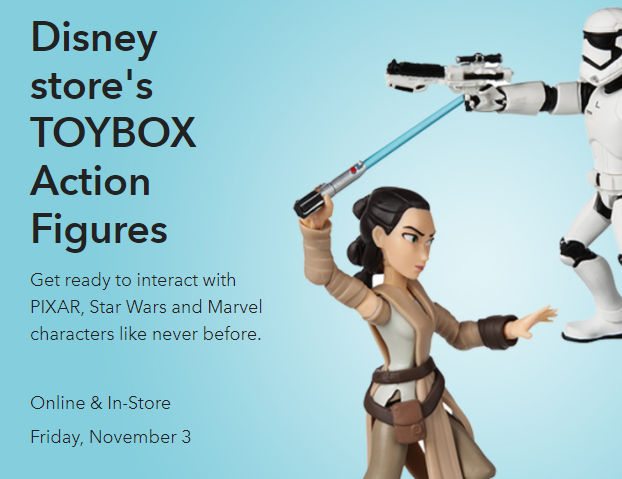 If the craftsmanship and sculpt of the figurines live up to their highly regarded Disney Infinity 3.0 originals, I’m definitely sinking some of my geek money into them. The only question now is, will there be any lightsaber light-up features like how the later iterations of the series introduced the Light FX versions. 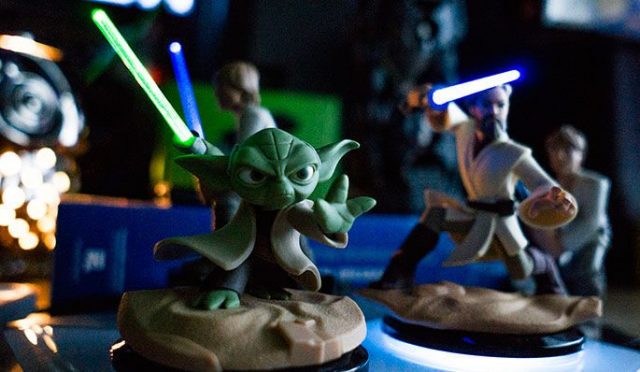