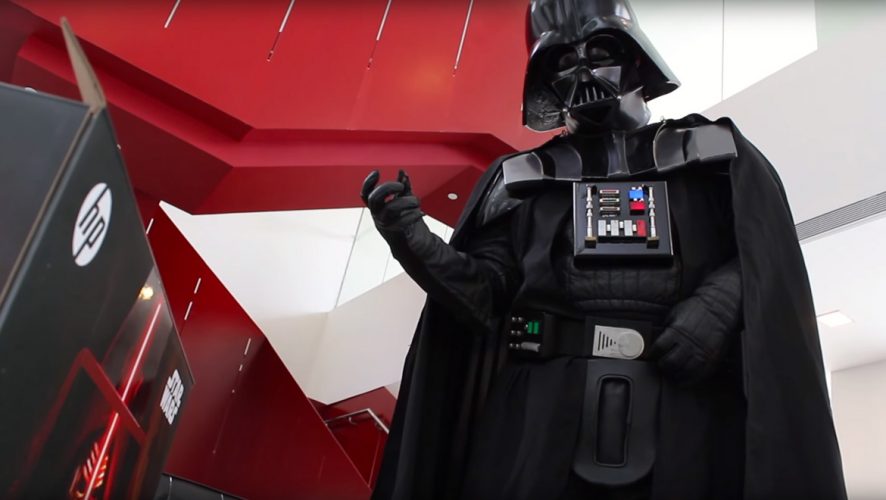 It’s one more month until the release of Star Wars: The Force Awakens and the market is seeing a ton of Star Wars merchandise his the shelves. Given that console fans have their own Star Wars tie in with Sony’s Darth Vader themed PlayStation 4, it is up to HP to bring balance back to the Force for team PC.

Staying true to corporate roots, only the colours of the Galactic Empire will suffice for HP. Imagine chairing a meeting with your battle-worn laptop, which adds to the impression of how much of a hard worker you are, and possibly a tyrant who will get the job done.

HP is the only PC vendor that is working hand in hand with Disney to promote the upcoming film, and true to the core tenet of PC computing, the customisation that the Star Wars Special Edition Notebook is well constructed, and quite likely to only be one dreamt up by a fellow Star Wars fan within HP itself.

Check out the unboxing video above, where Darth Vader himself showed up to make us fully understand the power of the Dark Side! Special thanks to the video crew at Garbage Bag Juice and Willis Sia as Darth Vader (from the 501st Singapore Garrison) for making this video possible! The above video has not been endorsed by Disney or Lucasfilm. But nothing by the Rebel Alliance was ever approved by the Galactic Empire.

It’s all the little details that make the Star Wars Special Edition Notebook endearing. Plugging in an external USB drive will prompt the laptop to bleep out sounds made by R2-D2 (translator is not provided), which is perfect when you are transferring files of equal importance like the Death Star’s plans. The trackpad has been modeled after the X-Wing’s targeting system to help with precise on screen actions for non-Force sensitive users.

Even something as peripheral as the notebook’s packing components have not been spared; the styrofoam bits have been modeled after the TIE Advanced. 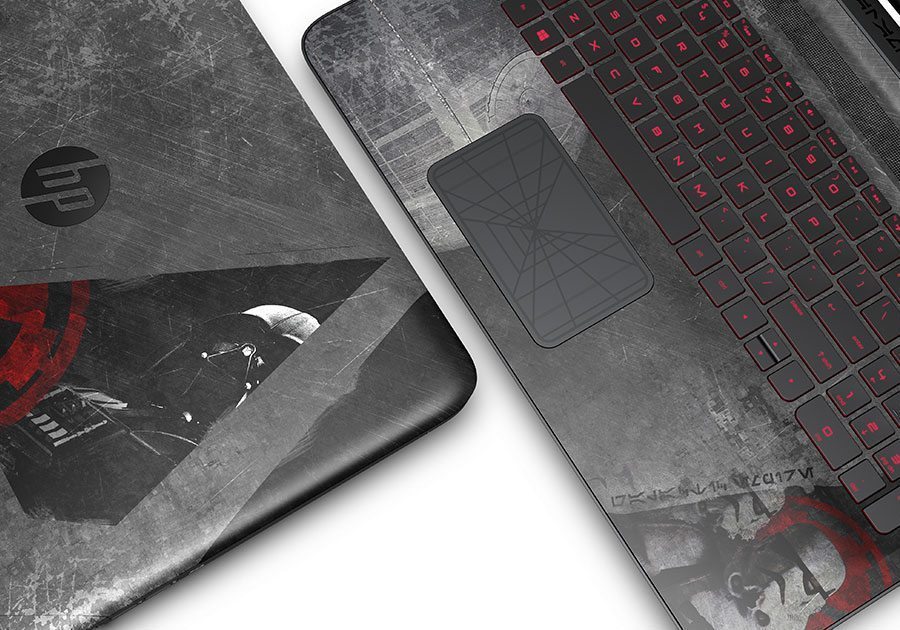 Once you’re done admiring the externals of the notebook, it is time to delve into the world of Star Wars via the Command Center pre-installed onto the notebook itself. Filled with more than a thousand of behind-the-scenes images, storyboards, artwork, classic photos, and set and costume designs, there are also available audio selections that can be used to replace the standard Windows 10 notification sounds, if you ever tire of R2-D2’s incessant bleeps.

Your only hope to score one Star Wars Special Edition Notebook would be to buy one via HP’s website right now, retailing at S$1,299.

Or you can be The Chosen One and take part in our giveaway below. Remember, there is a VERY limited quantity available in Singapore, so seize this opportunity to grab one for yourself!

Be the Chosen One to WIN!

Now that Darth Vader has unboxed the Notebook, he will be giving it away to a lucky Star Wars fan in Singapore. All you have to do is to fill in the blanks below and answer 2 simple questions for a chance to win the Star Wars Special Edition Notebook + Sleeve (pictured below) worth S$1,299! A lucky winner with the correct answers will be picked at random.

The contest is open to all who are currently residing in Singapore, and closes on 30 November 2015 @ 23:59hrs. The winner will be announced right here on 1 December 2015 and contacted via email.

And if you’re a hardware specs nut, here’s the lowdown: 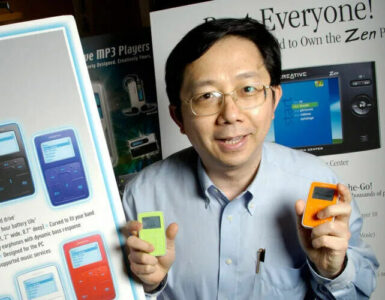