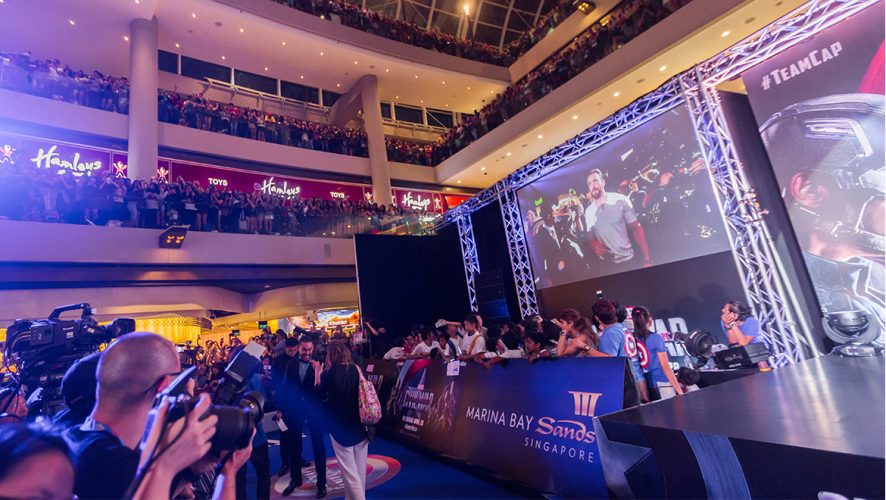 When the night started, it looked as though the crowd in Singapore at Marina Bay Sands needed a good amount of warming up. Combining Chris Evans, Sebastian Stan, Anthony Mackie together with Joe Russo for the Blue Carpet in Singapore was certainly worth the ear splitting screams that all the geeks on the ground were saving for.

While the cosplay competition that kicked off the ceremony was a decent affair in itself, we learned that strutting on stage and showing off your moves were certainly epic enough to knock one’s hair off.

The biggest takeaway for the night? Sometimes you don’t need to actually portray the hero but it’s the person inside who counts. First prize went to the nth Iron Man cosplayer of the night who did a remarkable impersonation of Tony Stark. The body language simply killed it.

As the energy of the night slowly dissipated away, it was time for the stars to make an appearance. And what a resounding welcome it was.

The design of the Blue Carpet venue amplified what could have been the most impressive of screams that all the geeks on the ground could muster. The level certainly beat the previous superhero red carpet held here flat out.

Compared to the press conference early in the day, the stars certainly felt very much at home amongst the fans. Clearly a room full of journalists was too stifling for the cast and director. The difference was certainly day and night, both figuratively and literally.

The amount of signed shields that resulted at the end of the event was simply astounding. Protip: It seems that the bigger the shield, the more keen the stars would stop for an autograph. Nice job guys!

But, there’s still more for the stars to overcome. With Robert Downey Jr throwing down his gauntlet in France earlier in the week, we will see #TeamCap setting up a response befitting of their pedigree.

Look sharp as Chris Evans, Sebastian Stanand Anthony Mackie will be making their way to the Helix Bridge on 22nd April 2016 to set the sky alight. There will be a #TeamCap Lights and Fireworks show which is going to match and top the Paris affair easily!

Here are the details which you should not miss:

Thanks for visiting Singapore! We hope that they would be back for Infinity War! 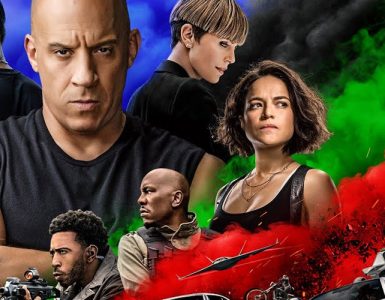