Prior to Tokyo Game Show 2019, Capcom revealed a teaser trailer to a spin-off Resident Evil game that features a 4v1 multiplayer co-op mechanic as its core game experience. This lead to a significant amount of skepticism amongst long-time Resident Evil fans.

With the recent success of the Resident Evil 2 Remake, and Resident Evil 7 before that, it was inevitable that there would be a RE fan outcry with Capcom’s new “online asymmetric survival horror” approach to the series.

As revealed in the gameplay overview video below, the game is about four survivors being trapped in a top-secret underground facility on the outskirts of Raccoon City. The four survivors will have to work together to escape from a fifth player, who will play as the “Mastermind” aka bad guy. The Mastermind will be seated in front of a multi-screen computer console and navigate between the various security cameras on the map to lay traps, machine guns, zombies, dogs, and even Mr. X to try and kill the four other players before they can work their way to escape.

One thing to note would be the fact that Project Resistance is being developed by an external studio, NeoBards Entertainment, who has worked on some Capcom remasters in the past such as Devil May Cry HD Collection, Resident Evil Origins Collection and Onimusha: Warlords Remastered. This could mean that the internal Capcom team could be freed up to work on the next big Resident Evil title in the main series.

The producer for Project Resistance, Matt Walker (who has worked on Devil May Cry 5 previously), took to Twitter on the second day of TGS 2019 to address the fans’ concerns.

Been seeing a lot of people who are not pleased with the idea that we’re making Project Resistance. It’s totally valid that people want more of that quality core experience offered in RE2 and RE7. My take – we as a company need to continue to branch out and try to offer up new gameplay in addition to refining the experiences people expect from us. If we just continue to offer up the same thing over and over again, people will gradually lose interest with what we’re making.

Project Resistance offers up a really interesting way to do that. The most important part? That it’s a great survival horror experience, if non-traditional. I think we confuse things when we make things related to IP that don’t actually stay true to the core spirit of the IP, but this project happily doesn’t fall into that trap.

I can’t wait till the closed beta to have more people actually play it and see how it is a refreshing new take, but very surely survival horror at its core. People who have played it have been positive, and I hope during CBT even more people will have fun playing it.

We’re also earnestly trying to get feedback from people who have played it so we can actually make it better, which I feel is fairly rare from a publisher of our size. Based on that feedback, it could grow from a project to a fantastic game.

For the RE fans who are still concerned over Project Resistance, Capcom has also confirmed that the game will also feature a single-player campaign mode. However, we won’t count on it to have too much of a story, and would most likely act as a tutorial of sorts to prep the player for the main multiplayer mode.

We did manage to get our hands on the game during TGS 2019 to experience the gameplay as a survivor and Mastermind.

Each of the four survivors has two unique sets of skills which will be essential in buffing up teammates, impeding the Mastermind’s actions, and delivering extra damage on enemies:

Below are the 8-minute gameplay (Survivor) and 10-minute gameplay (Mastermind) videos captured over-the-shoulder. Apologies for the lack of game audio as headphones were used and direct captures weren’t allowed. But it does give a good idea of what the gameplay is like from both perspectives.

RE fans won’t have to wait too long to try the game out for themselves. A closed beta test is set to take place between 4th to 7th October on PS4 and Xbox One.

Project Resistance is slated for a release at some point in 2020 on the PS4, Xbox One and PC. 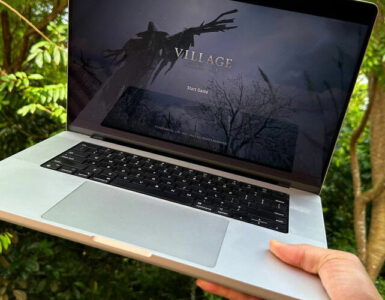