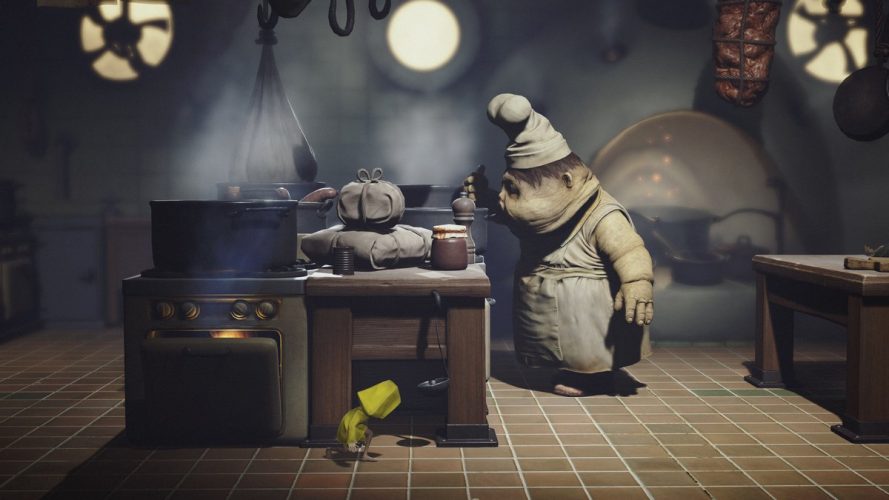 With the release of Resident Evil 7 biohazard just over a week ago, gaming for 2017 has gone into high gear. But while we now have several highly anticipated titles such as Nioh, Horizon: Zero Dawn, and Halo Wars 2 to look forward to, there are several titles that will be releasing in early 2017 which you might have overlooked.

Not all titles are created equal, that does not mean they can’t be great though, so here’s our list of upcoming releases that are flying low under the radar, but worth a second look.

The biggest game on our list, Torment: Tides of Numenera comes with a significant backing. One of the biggest successes in crowdfunding history, it is also the spiritual successor to the classic PC role-playing game(RPG), 1999’s Planescape: Torment.

Hardcore RPG aficionados will also appreciate the return of Monte Cook, thee creator of the Planescape setting for Dungeons & Dragons and Numenera, and whose science-fantasy setting will also be seen in Tides of Numenera. With potentially thousands of game-changing decisions to be made, Tides of Numenera is shaping up to be a solid RPG at its core, and we cannot wait to get our hands on it.

The latest title in the FlatOut franchise, FlatOut 4: Total Insanity is the culmination of the series’ best ideas. From racing, stunts, to big collisions, as well as the new Assault Mode where players use weapons to destroy opponents (Twisted Metal anyone?), this is the biggest FlatOut game to date. You will be getting 27 customizable vehicles, 20 tracks to go wild on, and high speed collisions in fully destructible environments only add to the carnage. If you are a big fan of fast paced action, destruction and spectacle, then FlatOut 4: Total Insanity should be on your radar.

Not to be confused with the other sniping game (Sniper Elite 4), CI Games’ continues its series of excellent sniper titles with this latest addition. Adding large, open-world environments, coupled with delightful dynamic weather conditions and a day-night cycle, we cannot wait to see how all of these will affect the already impressive mechanics of the game.

Players assume the role of Jonathan North, an American Marine with both an official mission and a personal one, to find his kidnapped brother. Sniper Ghost Warrior 3 will also introduce scope calibration, teach gamers the importance of positioning, and how best to utilise your drone to gain an advantage. 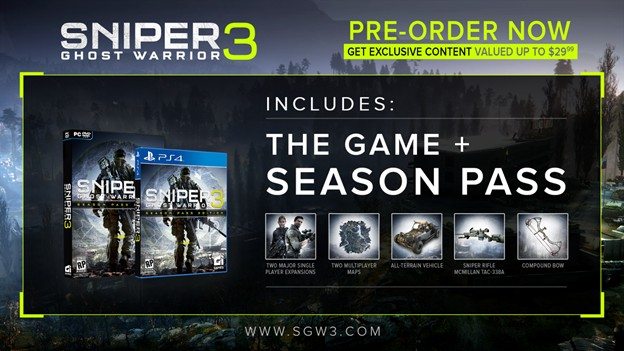 Developer CI Games are going one step further to reward consumers, if you pre-order the game, you will also get the $29.99 Season Pass for free. The content included (PS4 & PC) are:

We are definitely intrigued by this creepy puzzle-platformer, with its dark tone and really awesome art style. Horror is back, and we are really happy that this is a departure from the usual in-your-face horror we are used to. Creepy environments and even creepier adversaries make Little Nightmares a standout. Play as Six, and try to escape this nightmare world using light, avoiding the dark, and be wary of the things that go bump in the night.

If horror is your thing, but Resident Evil 7 is too much *coughwusscough* for you to take, perhaps you should keep an eye on 2Dark. This 2D Don’t Starve-like survival-horror and stealth title is from the originator of the survival-horror genre and the creator of Alone in the Dark, Frédérick Raynald.

Beset by a string of child abductions, the city of Gloomywood is now a shadow of its old self. Play as former detective Mr Smith, whose wife was slain and his children taken, and try to infiltrate the seedy underbelly of the city’s psychopaths and bring justice… if you can. With some truly vile level design, an emphasis on stealth, and the classic resource management aspect, 2Dark might just be a surprise horrific hit. Remember you heard it here first!

A mishmash of a survival horror-FPS-puzzle game, Get Even has been in the works for about three years. Echoing Deadly Premonition, it portrays a dark and grey world, where our protagonist and amnesiac Cole Black awakes with a cell phone and a gun and has to solve the mystery of the predicament he finds himself in. A girl is about to be blown up and his would-be tormentors continually taunt him about not being able to save the girl, cue ominous music! Shooting aside, the puzzle mechanics are more interesting to us, and while it may look pretty rough, hopefully, the final product comes together decently.

While the release date has yet to be nailed down, we are hopeful this title comes out early 2017 so we can finally get our hands on it. Impact Winter is a survival game set in the aftermath of an apocalyptic asteroid impact, covering the entire world in a constant snowstorm. Lead a band of survivors as Jacob Solomon, and try to survive for the next 30 days. At least, that’s what a radio transmission relayed to your robot sidekick, Ako-light, whether it can be trusted or not, remains to be seen. A cool premise, and promising gameplay mechanics, sign me up right now!

Grab Pac-Man CE 2 For FREE On PC, PlayStation 4 And Xbox One Now

Here's what we learnt from 20 minutes of gameplay footage.