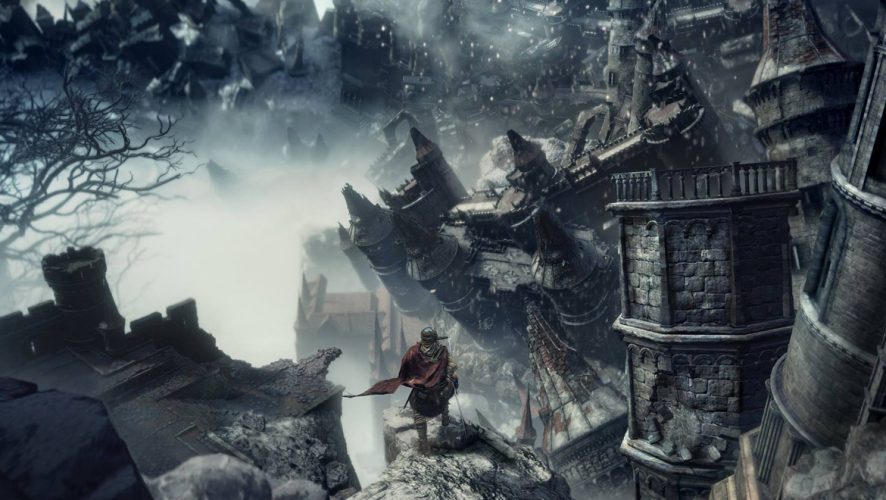 Fans of the hardcore and frankly, masochistic, action role-playing series Dark Souls and its predecessor, Demon Souls, brace yourselves, the final downloadable content expansion is coming. Dark Souls III: The Ringed City will be coming on March 28, and will be available for PlayStation 4, Xbox One, and PC via Steam. The second meaty DLC after Ashes of Ariandel, in this new adventure, players will be in pursuit of the Slave Knight, Gael, to the literal end of the world as he seeks the Dark Soul of Humanity.

Expect fierce resistance in the legendary Ringed City, face off against new monstrosities, challenging terrain, devious traps, and a cast of new characters that will have you questioning their sanity and your own. Earn new armour, brandish more awe-inspiring weapons and arcane magic that will be familiar yet different to players returning to the Dark Souls III universe. At the centre of it, a long lost city that will test your mettle once more.

Mark down the date of March 28, your journey will be a tough one, so better be prepared. In the meantime, you can check out Dark Souls III: Ashes of Ariandel on all platforms, which can be purchased on its own or as part of the Season Pass. BANDAI NAMCO has also announced Dark Souls III: The Fire Fades Edition (Game of the Year Edition), which will be released on April 21st for the three major platforms, and will contain both DLCs. 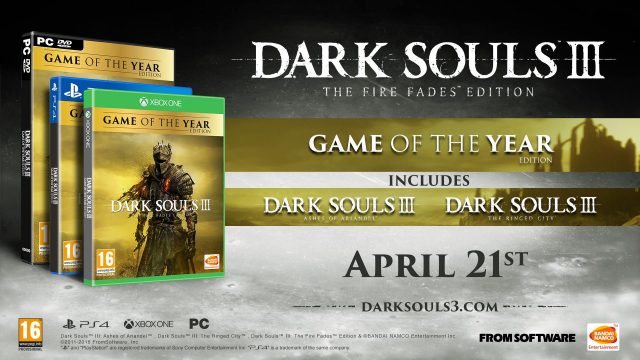