With Marvel fans eager for any little tidbit of news they can get about the next Avengers film and who will be appearing in it, this new image might provide some answers. Portuguese news site Hero X recently posted an article with the image below, claiming it to be leaked official concept art. 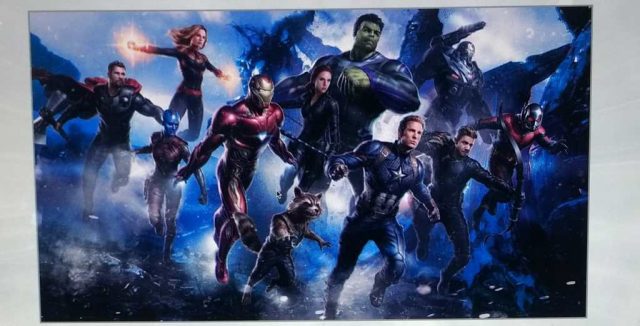 If this is real, then it reveals some interesting details about the lineup in Avengers 4. We see Thor, Captain Marvel, Nebula, Iron Man, Black Widow, Hulk, Rocket, Captain America, War Machine, Hawkeye, and Ant-Man charging into battle.

Captain Marvel is seen in her classic red-and-blue suit as opposed to the greenish suit Brie Larson had been spotted wearing on set. Thor wields his new axe Stormbreaker, Black Widow has returned to her classic red hair over the blonde in Infinity War, and Captain America is once again clean-shaven.

Hulk is smaller than usual and clothed in a suit, hinting at the potential appearance of Professor Hulk, the merged version of Savage and Grey Hulks with Bruce Banner who displays attributes of both.

Hawkeye, who was noticeably MIA from Infinity War, is included in the concept art with a different look, perhaps adopting his Ronin persona. We finally see Ant-Man, but not the Wasp, so maybe the artist did not want to reveal too much regarding her status since Ant-Man and the Wasp is still not out in theatres.

The same article also included a new image of Thanos, shown with a new armour and a new double-bladed sword. 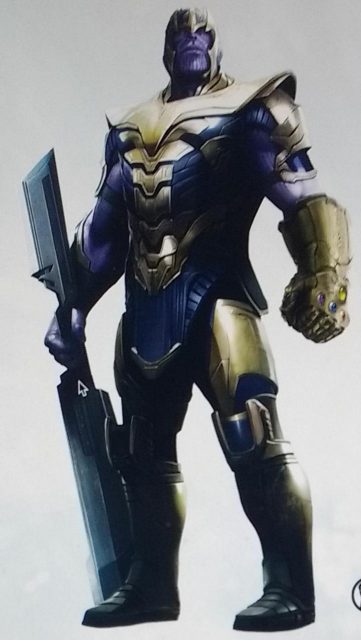 Of course, these concept art images didn’t come from any official source, so do take them with a grain of salt. They may be potential leaks of the much-anticipated Avengers 4 in 2019, or they could also be pieces of fan art. Very, very good fan art.