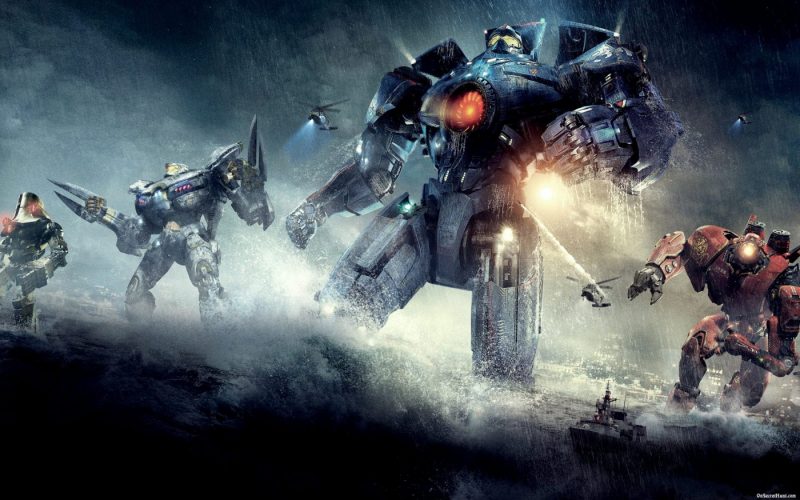 It has been a solid weekend since Netflix arrived for almost everyone on Earth and some folks might be overwhelmed by the amount of content available. If you were, I’m sure you are certainly not alone.

Netflix’s library can be quite staggering and the UI might cause you to constantly fumble around to figure out what exactly to watch next. The biggest bugbear would be to find out a show you’ve been pining to watch is not available in your region.

We’ve curated a list of geeky shows which should be on your watch list for the weeks or days ahead. Do pop into the unofficial Netflix online Global Search and take a look if a show or series is available to you.

Giant robots battling giant monsters, it doesn’t need to make much sense but it simply looks awesome to watch. In an era filled with sequels and remakes, Pacific Rim was a movie was simply needed to break the norm.

Available via Netflix Canada only

Why does Netflix Canada get the best deal? One of 2015’s biggest hits gave us an epic showdown between the Hulk and the Hulkbuster which could have been its own standalone movie.

If there’s on VPN connection to grab it’s with Canada and they still have Star Wars: The Force Awakens up their sleeves in time to come.

Available on Netflix US, UK, Australia and even Antarctica.

Kung Fury is a bit of an oddity and gives you a peek into the convoluted world of licensing deals of the entertainment industry. Available in plenty of countries and on YouTube in full, it’s not present in any country for south east asia.

All of the goodness of the 80s is here and more! Nazis, dinosaurs, vikings and cheesy one-liners is pretty much all you need!

Available on Netflix US, Canada, UK and a few other European countries but without English subs

Despite being western centric, Netflix actually has a decent library of animes to watch and Attack on Titan being one which caters specifically for adult audiences.

Attack on Titan is powerful and unsettling which would make one constantly squirm in your seat, justifying its 15 and up age recommendation. It also has a deep underlying political theme which many seem to have taken and liberally applied it to real life.

Take a chill pill guys, it is an anime.

Available on all Netflix regions

The title that needs no introduction. This is the reason why you as a geek got into Netflix we hope.

Jessica Jones might start of slow but it picks up extremely fast after the third episode. There’s a reason why Marvel has put so much faith into Netflix and this is where it shows. Read our review!

Available on Netflix US, Canada, UK and a few other European countries but without English subs

Remember to turn on closed captions for this trailer!

We follow Nagate Tanikaze as he finds his place amongst the exiled human race in space against the alien race which caused them to flee Earth in the first place. It sounds very much like all the tropes that we’ve come across in most animes but what sets this apart is how cinematic this anime is. The show is but only in its first season so you’ve got plenty of time to catch up before it becomes too late.

Available on all Netflix regions

The series that started it all. Personally, this was the first show that got me into Netflix in the first place.

Yes, the show’s pacing could really use some work but when the action starts, you just don’t want it to stop.

With season 2 all prepped and ready to go in a few more months, the first season of Daredevil wasn’t perfect but you have to make it to the end for a bloody awesome closing. Read our review here!