A smash hit at the box office and winner of multiple prestigious awards, the anime was a worldwide phenomena when it was released in 2016. Your Name became an instant Japanese classic with its sci-fi fantasy romance plot and gorgeous animation. Now, Hollywood is taking a shot at the beloved anime with a live-action adaptation of it.

The film will be produced by Bad Robot’s J.J. Abrams with Genki Kawamura, the producer on the original film. Toho will handle the distribution in Japan and Paramount Pictures in other territories. Recently, they’ve enlisted Lee Isaac Chung, director of Sundance winner Minari to helm the film.

The original film features a high school girl, Mitsuha Miyamizu who suddenly swaps bodies with a boy who lives in the city, Taki Tachibana. Their lives become intertwined due to this twist of fate. Both must work together to unravel the mystery behind their swap and prevent a disaster threatening to upend their lives.

Chung will be handling the rewrites of the Your Name live-action screenplay, that were previously developed by Arrival screenwriter Eric Heisserer. Prior drafts consisted of an uncanny “Western point-of-view” with the characters being swapped into a “young Native American woman living in a rural area and a young man from Chicago who discover they are magically and intermittently swapping bodies.” (via Dexerto).

Chung is a talented and sensitive director who wrote and directed Minari , an autobiographical family dramedy, which premiered at the Park City fest and won the grand jury and audience awards. His debut feature, Munyurangabo, also premiered at the Cannes to great acclaim and won the Grand Prize at AFI Fest. So far, no other information of the Your Name live-action has been released as of yet. 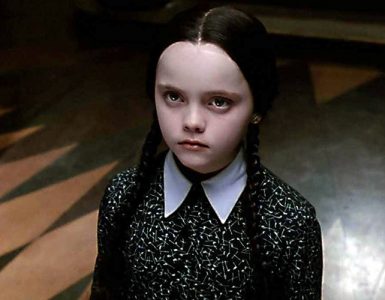 Wednesday's at that very special age when a girl has only one thing on her mind - homicide.